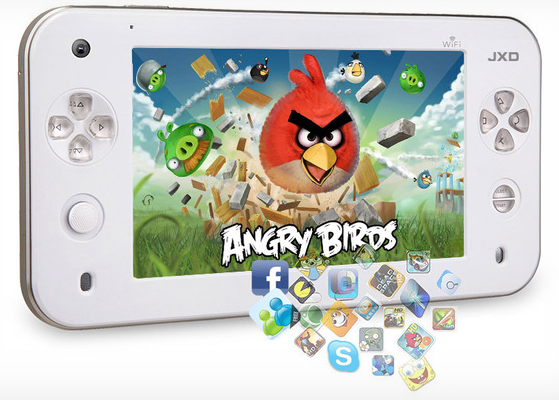 What you see above is a new gaming tablet by a well known Chinese company called JXD. As you can see from the image, they’ve managed to rip off everyone. From the sticks, to the d-pad and everything else.

I don’t think Apple, Sony, and god knows who else will be pleased with this, especially if it takes off.

The tablet is priced at $140 and the specs are quite good, when you think about it.

HDMI-out is a pretty interesting thing for me, and you can’t take calls using it, but it’s quite a good deal for the money charged.