Go head to head with Sauron. 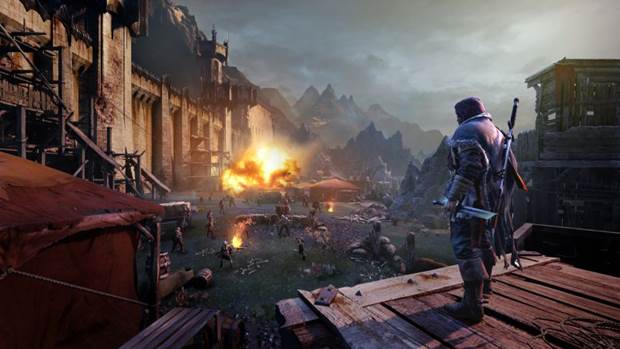 Monolith Soft’s well received excellent take on the Lord of the Rings universe, last year’s Middle-earth: Shadow of Mordor will soon be getting some brand new downloadable content- it is called the Bright Lord, and it will add another campaign to the story, letting you play the role of Celebrimbor, the Elf Lord who ended up helping Sauron forging the Rings of Power.

The campaign will be ten missions long, and it won’t be wanting for action or drama, as it features Celebrimbor going head to head with Sauron himself, using his own Ring of Power, in an effort to thwart him, and to undo his own grievous mistake. The campaign will also include a Challenge Mode with harder enemies and Celebrimbor’s abilities, and a Celebrimbor skin for the main campaign.

“The enemies are significantly more powerful, there’s many more of them, and some combinations of abilities from your ability tree are also limited,” Monolith’s Michael de Plater told Shacknews. “To give a specific example, in the original game you could double your hit counter, not reset your hit counter when you got hit and reduce the hit counter threshold for special abilities. This made you ridiculously powerful once the ability tree was maxxed out. Now you can lower the hit counter, but not stack this with the other abilities.”