We speak with the developers of co-op roguelike space survival game This Means Warp, which recently launched in early access.

Combining frantic yet tactical combat, space travel, expansive customization, and both single player and co-op options, This Means Warp is looking like an interesting prospect. Add a roguelite structure on top of that, and on paper, it seems to have all the elements in place that, if executed properly, could combine for a solid, addictive experience. The game recently launched into early access on Steam, and with that milestone under its belt, it’s looking ahead to make continued improvements and upgrades. To learn more about what makes This Means Warp tick and what the future holds for it, we recently reached out to some of our questions about the game to its developers at Outlier. You can read the full interview below. 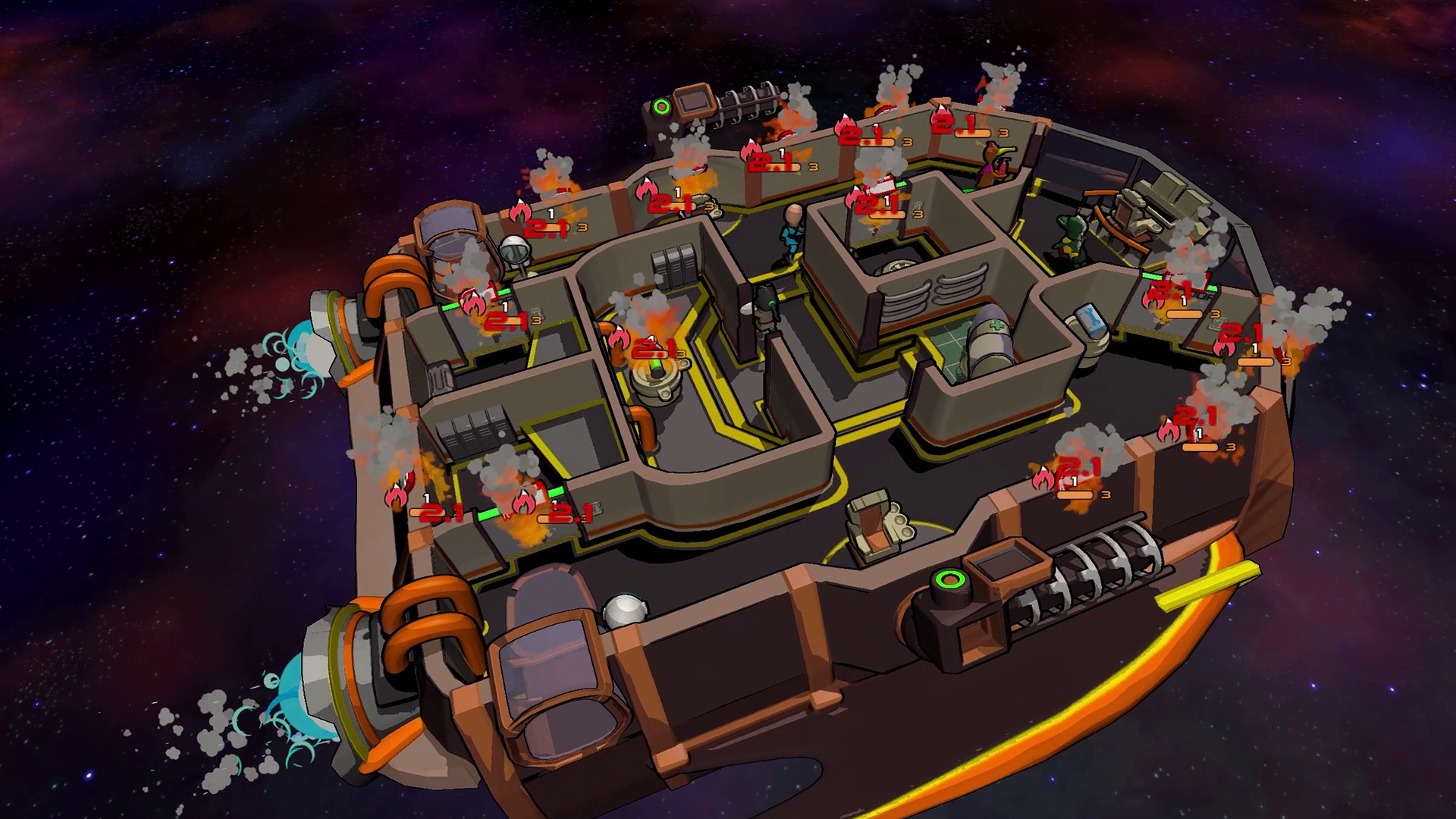 "Single player was an important component of This Means Warp from the outset. We wanted to design a game that you could play with your friends, but didn’t require other people to enjoy."

How much does the experience differ across solo and co-op gameplay? Is co-op the ideal way to play the game, or can players looking for a solo experience get the most out of the game as well?

Single player was an important component of This Means Warp from the outset. We wanted to design a game that you could play with your friends, but didn’t require other people to enjoy. Playing solo works the same as 2 or 3 player – you control one character, and can recruit AI crewmates as you progress. The AI will do its own thing to help out around the ship, or you can point at specific objects to have them prioritize certain tasks.

During our beta playtest last year, we were surprised to find that single player was the most played mode in the game! There may be slightly less screaming than with a full crew of friends, but if your friends aren’t around or you’d like to take on the challenge solo – the option is there!

How extensive will the customization and upgrade mechanics for the ship be? Given the inherently repeatable nature of the game, what should players expect from these options when it comes to variety and the depth of the options available?

The default ship has 2 gun slots and 5 system slots, each of which can install a unique item with different functionality and stats. Finding balance and synergy between these items is key to surviving, and can result in some really interesting strategies! The items themselves can also be upgraded, so you can decide if you’d like a gun with more health but less damage, or a larger clip size but no armor, for example.

We’ll also be expanding the number of ships available in future updates, which will present new playstyle experiences and challenges.

What can you tell us about the game’s progression? Will players be able to unlock permanent upgrades that will carry over across runs?

Yes! Currently you gain XP as you play and complete achievements, which can unlock new characters, items, ship modifiers, etc. Unlocks don’t directly impact the player’s power level (so beating the game relies on skill and knowledge rather than grinding), but instead allows more variety and experimentation the more you play. 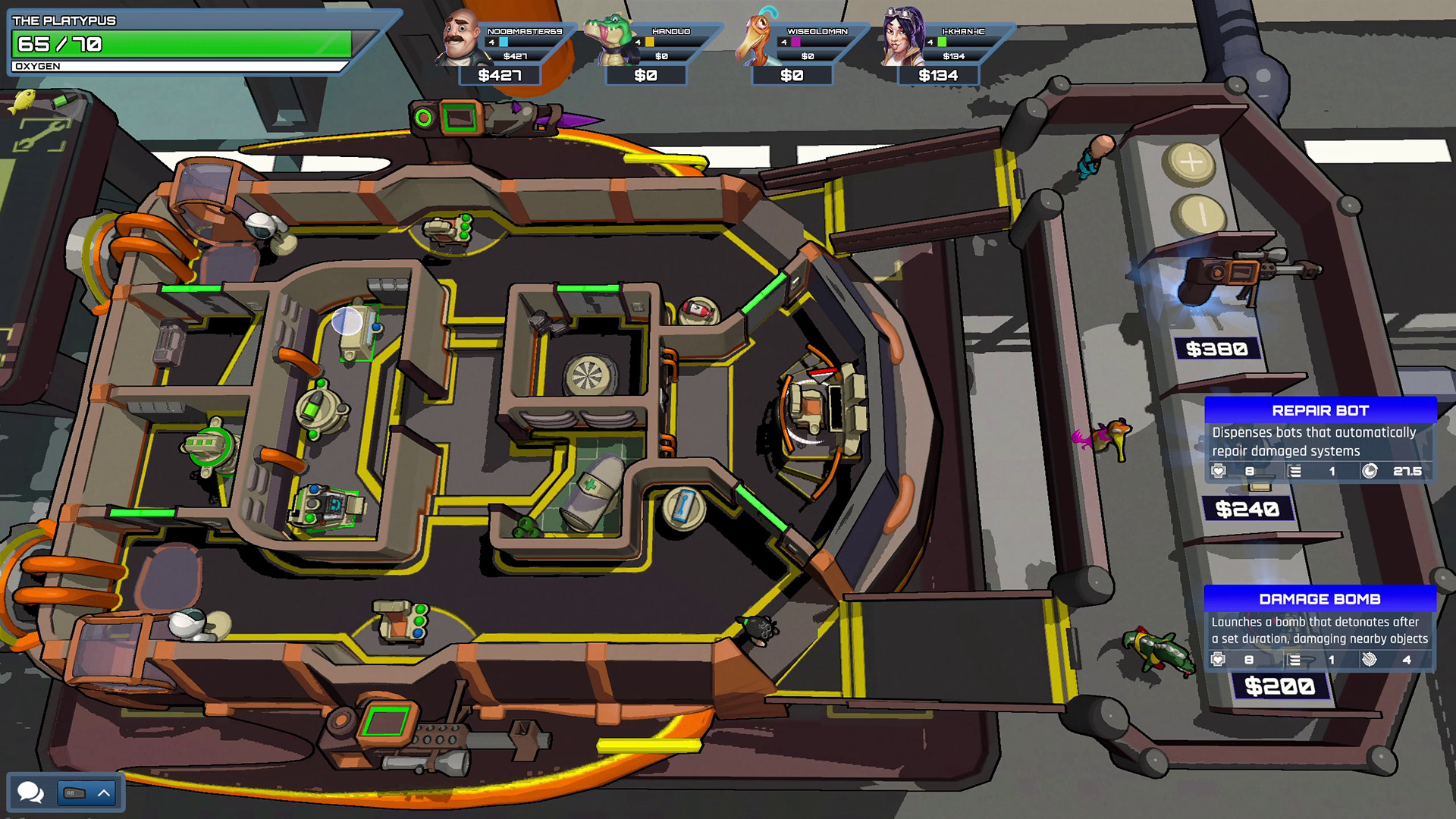 "We found a core turning point during development was when the ebb and flow of a run started to feel fun and natural. Battles are frenetic and intense, with downtime in between to improve your ship and develop your strategies."

It seems the game places quite a bit of emphasis on tactical combat. How have you gone about striking a balance between that and the seemingly fast-paced and frantic nature of the combat?

A LOT of playtesting! We found a core turning point during development was when the ebb and flow of a run started to feel fun and natural. Battles are frenetic and intense, with downtime in between to improve your ship and develop your strategies. That creates a really interesting balance of player decisions – those that are strategic and considered with no time pressure (e.g. what items should I install on my ship? How should I upgrade them to maximize efficiency?), and those that have to be made in the heat of the moment (which system should I use first? Where is the enemy most vulnerable?). Switching between the two keeps players on their toes!

What should players expect from enemies in the game in terms of design and variety?

Enemies are procedural, so have different weapons and equipment every time you play. This means the challenge is never quite the same, and we have plans to expand the available layouts and items for the system to pull from throughout This Means Warp’s Early Access. In addition, each boss has unique mechanics that give the player some new challenge to grapple with while they try to survive!

Can you tell us about how the game’s narrative adapts to players’ choices, and how much variation there will be on that front across runs?

Throughout a run, players collectively make decisions on how they’d like to interact with an encounter. The game can remember some of those decisions and adjust future encounters based on the players’ choices. For example, what may seem like a fairly innocuous decision to collect some spilled cargo may come back to bite you if you come across the cargo’s owner… The system is currently in its infancy for Early Access launch, but we’re planning to build out these kinds of interactions more as we add more content to the game. 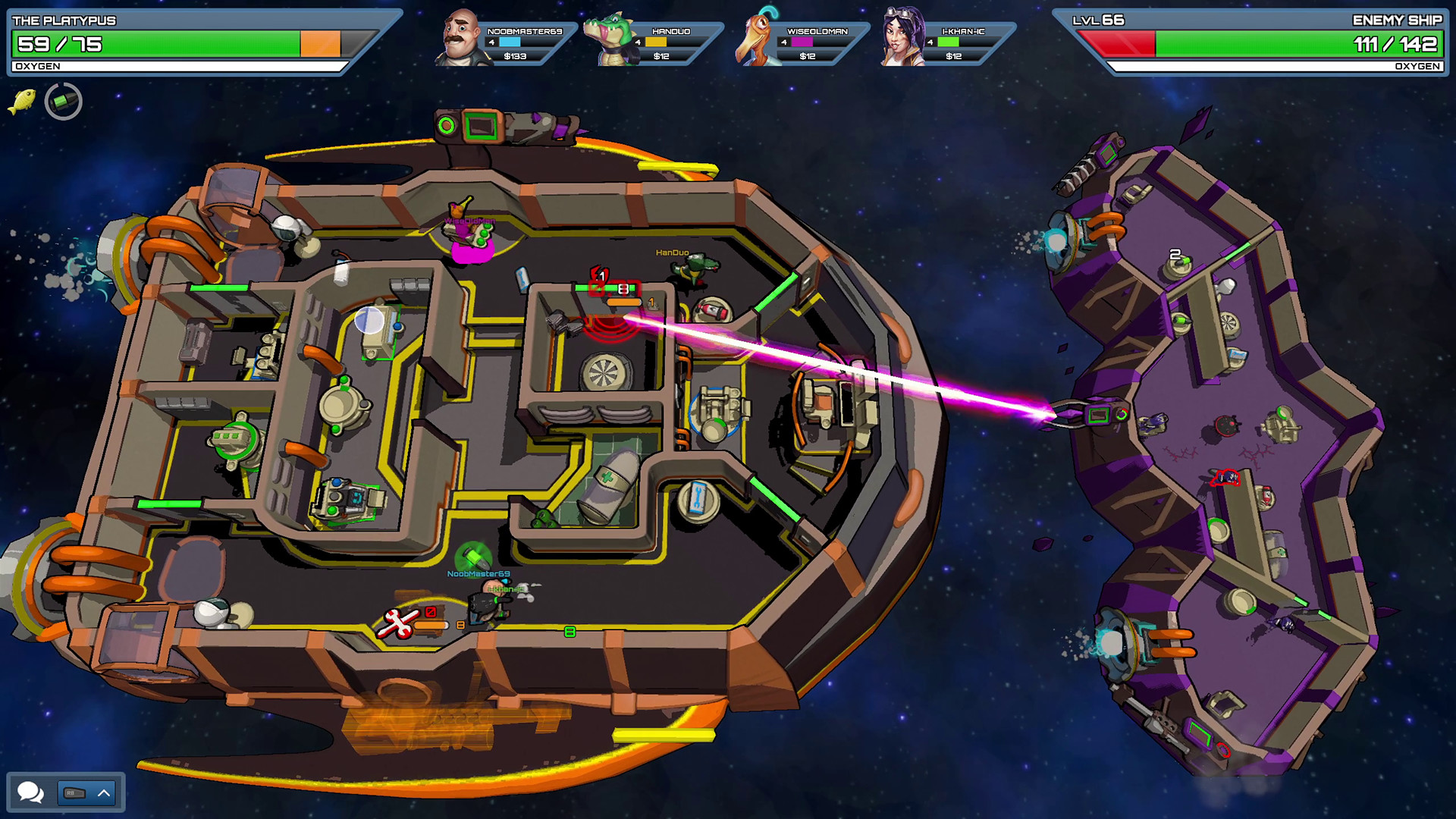 "We’re focused on PC for Early Access but hope to bring to other platforms for 1.0 release. We’ll be announcing exactly which platforms a bit nearer the time."

What will the recruitable AI characters add to the game, both in terms of what they bring to the table for combat and for the story?

Each character has unique strengths that can impact your decision to hire them, or how you use them once recruited. We’ve found that players want to play in very different ways, so crewmates can be used to support the player’s strategy. We’ve intentionally kept the characters’ touchpoints to the story light, so players can fill in the gaps as they play as each character themselves!

Do you have any plans to bring This Means Warp to additional platforms following its launch?

Yes! We’re focused on PC for Early Access but hope to bring to other platforms for 1.0 release. We’ll be announcing exactly which platforms a bit nearer the time.