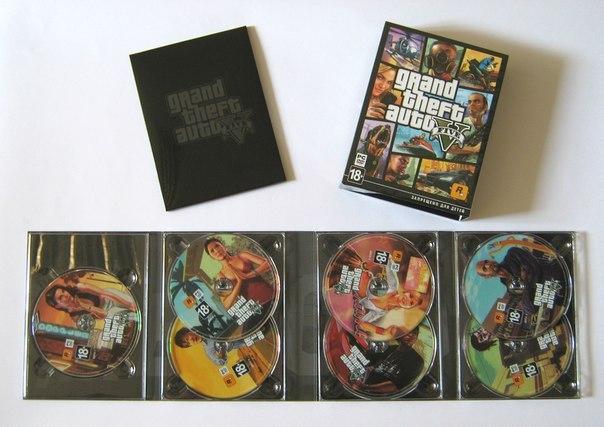 Multi disc games are not exactly a new phenomenon- as a matter of fact, they are now slowly becoming a thing of the past, thanks to the massive storage space formats all consoles use, and the push towards digital gaming. Nevertheless, they still happen every now and then- for instance, for the odd PC games that still get retail copies, multiple DVDs is not out of the norm.

That said, this must be a new record of sorts- the PC version of Grand Theft Auto V, long awaited and now finally launching for reals this time, ships on seven discs. Yes, seven.

Of particular note, here, is the fact that these discs are all DVDs, and not Blu Rays, which are usually the format of delivery for consoles. A DVD holds up to 4.7 GB of data on one layer, and 9 GB of data overall across two layers. Presuming these to be dual layer DVDs each, the game comes to 63GB- which is in fact how big the game is on PC, going by the Steam download sizes, and still bigger than the maximum capacity of 50GB that one Blu Ray disc can afford.

So basically, what we’re saying here is that this is a big ass game. Even if you chose to get the retail version, instead of wasting 65GB of your bandwidth downloading it, you’d still be doing a lot of data juggling before you got around to playing it.