11 bit studios also talks about the graphics of the game on console versions. 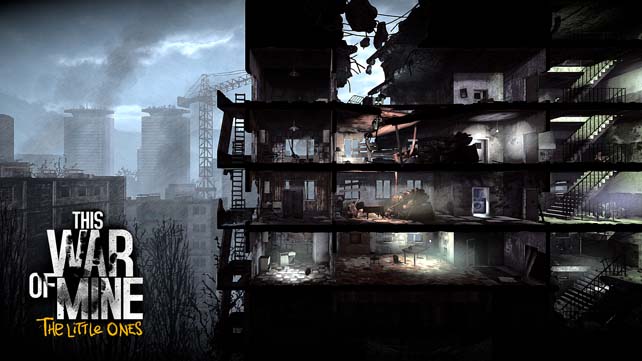 This War of Mine is a 2014 war survival video game developed by 11 bit studios and is going to launch on the PS4 and Xbox One. The PC version was critically acclaimed and This War of Mine: The Little Ones is all set to launch on current gen consoles. But what resolution and frame rate will the game be running at?

This War of Mine: The Little Ones will be running at 1080p and 60fps on both consoles, Karol Zajaczkowski, PR & Marketing Manager, 11 bit studios confirmed to GamingBolt in a recent interview. Talking about the game’s visuals on consoles, Karol stated that, “the graphics is quite similar to the PC, with the unique charcoal style, which is one of the most recognizable things about the game. We focused on the optimization, which resulted in the flawless gameplay experience. Other changes include a new mocap session for the children characters and re-done animations to give it a better, more realistic feel.”

This War of Mine: The Little Ones on PS4 and Xbox One, just like the original game on the PC is an excellent port. To know more about the game check out our full review here and stay tuned for our interview with Karol in the coming days.