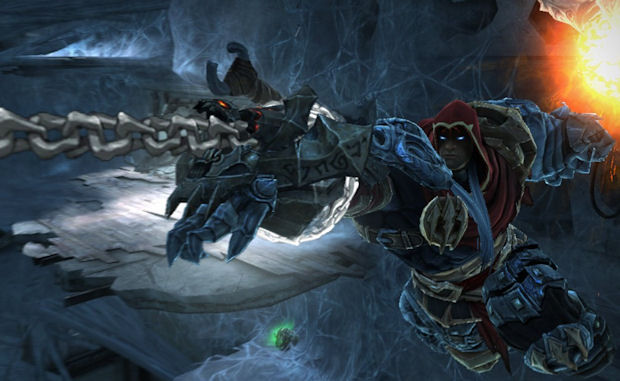 We all knew it was coming, but now THQ have gone and officially let the cat out of the bag regarding Darksiders 2. The game is set for a 2012 launch and will release on 360, PS3 and PC.

According to the press release “Darksiders 2 follows the exploits of DEATH, one of the four horsemen of the Apocalypse, in a weaving tale that runs parallel to the events in the original Darksiders game. This epic journey propels DEATH through various light and dark realms as he tries to redeem his brother WAR, the horseman who was blamed for prematurely starting the Apocalypse in Darksiders.”

The game “features a dramatically larger world, full weapon and armour upgrade systems as well as bigger and more challenging dungeons and vast array of new enemies and bosses, Darksiders II strives to improve on every aspect of the original hit.”

It seems the hype train is now departing from the platform.