Reviewing games, as with any other occupation, gets old after a while. It’s the kind of thing people always assume is a lot of fun though. After all, you’re basically being paid to play games right? Well, whilst this does ring true somewhat, the joy of discovery is almost never there for someone who writes on games professionally. You’re aware of every single significant title in development, and you know exactly why it’s seen as a big release so, by the time you get round to playing it, there aren’t always a lot of surprises in store. Toki Tori 2, on the other hand, was a game that did nothing but surprise me throughout my time reviewing it, and what a pleasant surprise it turned out to be. 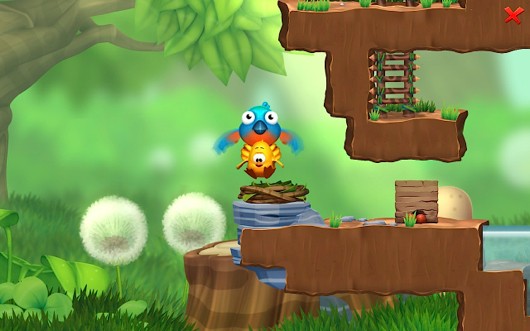 Toki Tori was originally released as a Game Boy Colour title back in 2001 and, despite critical success, it was sadly looked over the by the general populous who were busy waiting for the arrival of the Game Boy Advance. The game managed to extend its influence many years later, when enhanced ports and remakes started showing up on every platform underneath the sun. With the success of these remakes, developer Two Tribes are now self-publishing a sequel available on Wii U with a Steam version to follow in the future.

The game follows the eponymous Toki Tori, a small bird who finds his world ruptured by vents that emit an evil black ooze. You thus journey with him to the source of all this madness in an attempt to set things right. It’s a simple story, but it is effectively communicated with absolutely no text. In fact, no writing appears throughout the entire game. It’s a bit daunting at first, but it’s a concise piece of game design that leaves you open to explore and discover what the game has to offer, without the needless tutorials and handholding normally found in contemporary games. 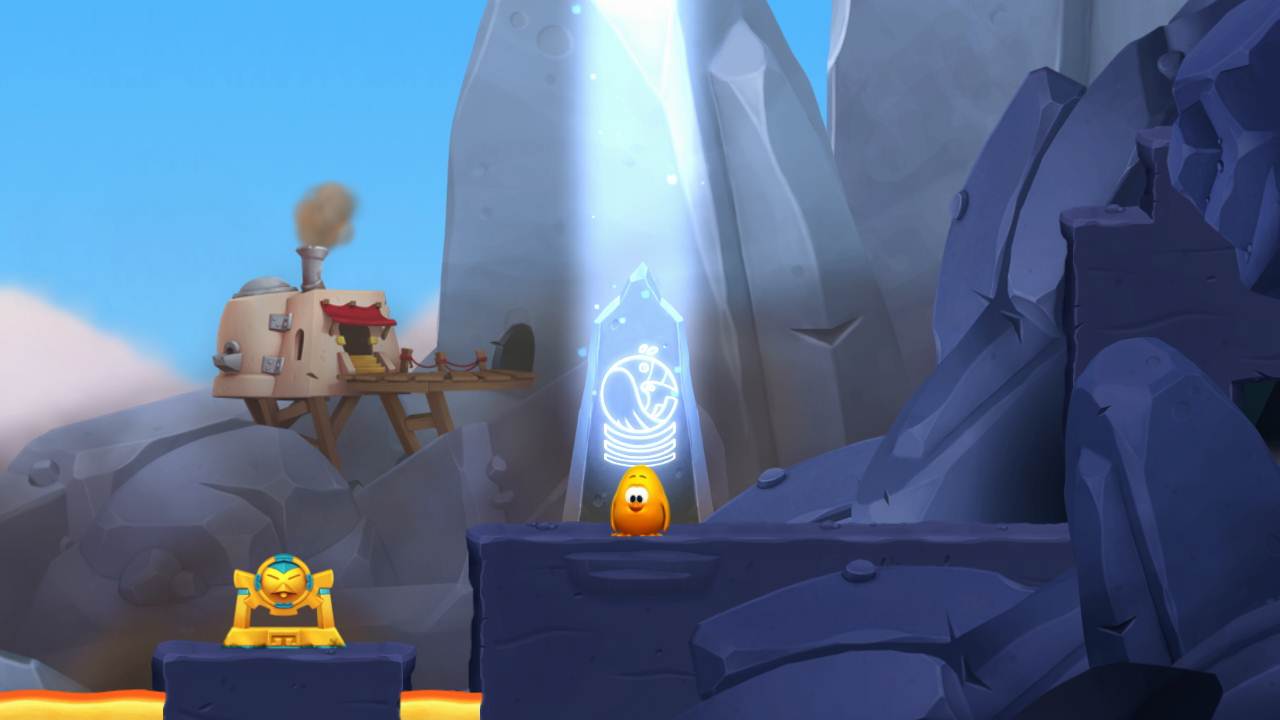 This is just one example of where Toki Tori shines, for it is a game where nothing is wasted. There is no excess in its mechanics; just standard 2D movement alongside a whistle and stomp command. Everything is navigated with these functions, but the sheer variety of other creatures you encounter and their diverse reactions to player activity provides a deep and satisfying puzzle experience. There are far too many variants to cover for the purposes of this review, and part of the game’s joy is discovering what other crazy creatures inhabit the game world. Rather than being a daunting cavalcade of NPCs though, each mechanic is introduced in such a way that you can learn the skills required to progress at a steady pace.

All of these tutorials take place with no speech or text as before, instead just giving you basic puzzles to introduce new mechanics before ramping things up. And when I say ramp up, I mean it. The cutesy facade fooled me for a time, but Toki Tori’s later puzzles are absolute monsters, spanning multiple screens of pure puzzle platforming evil. 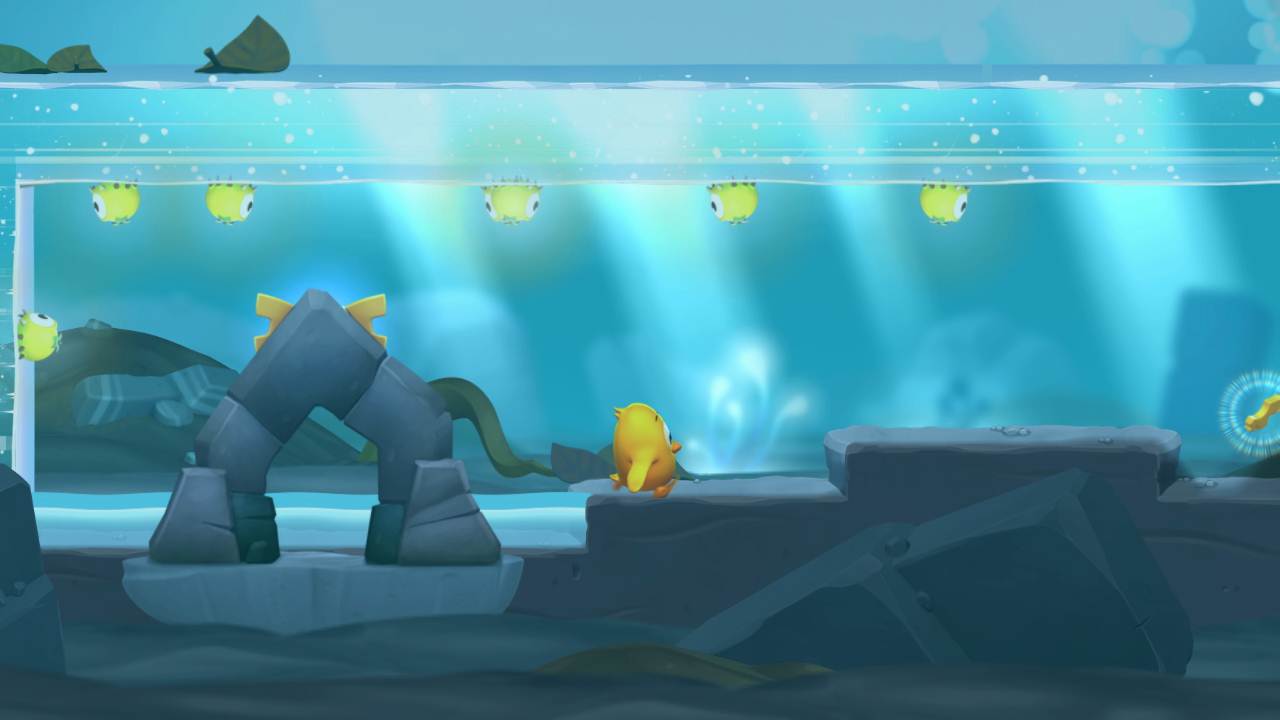 This kind of difficulty is a welcome part of the later game but, as with the earlier tutorials, the lack of text is a mixed blessing. It’s nice to play a game that doesn’t condescend to me; allowing the thrill of discovery lost in the modern game. Having said that though, there will be the odd moment when you just don’t quite get what you’re meant to be doing. I’m sure everyone will have their own unique experience of losing the plot of Toki Tori 2 but, whilst this is an inevitable frustration, it becomes massively satisfying when you make it through anyway. There are a few pacing slip ups due to textless tutorials and the later difficulty, but pushing through these barriers leads to some of the greatest satisfaction I’ve had in any game for some time. And you’ll want to persevere with the tough bits, if only to see what Two Tribes have in store for you next.

Though the pace of the game fluctuates based on how quickly you take to certain game mechanics, it begins as a classic linear adventure. This section of the game builds up momentum gradually up to a point where things open up into a metroidvania structure. You gain the ability to fast travel amongst your previously visited areas and are able to progress as you please. Very few 2D games are ambitious enough to attempt an open world structure, and the progression becomes curious as a result. Rather than being locked out of areas based on your progress or specific items and upgrades you need to collect, the only thing preventing your from getting anywhere in the game world is knowledge. It’s a bold move that makes the thrill of exploration all the greater but, as before, the lack of signposting regarding your next objective may throw some players. That’s not to say the game doesn’t give you a firm objective, but some still may not quite fully understand what is required of them initially. 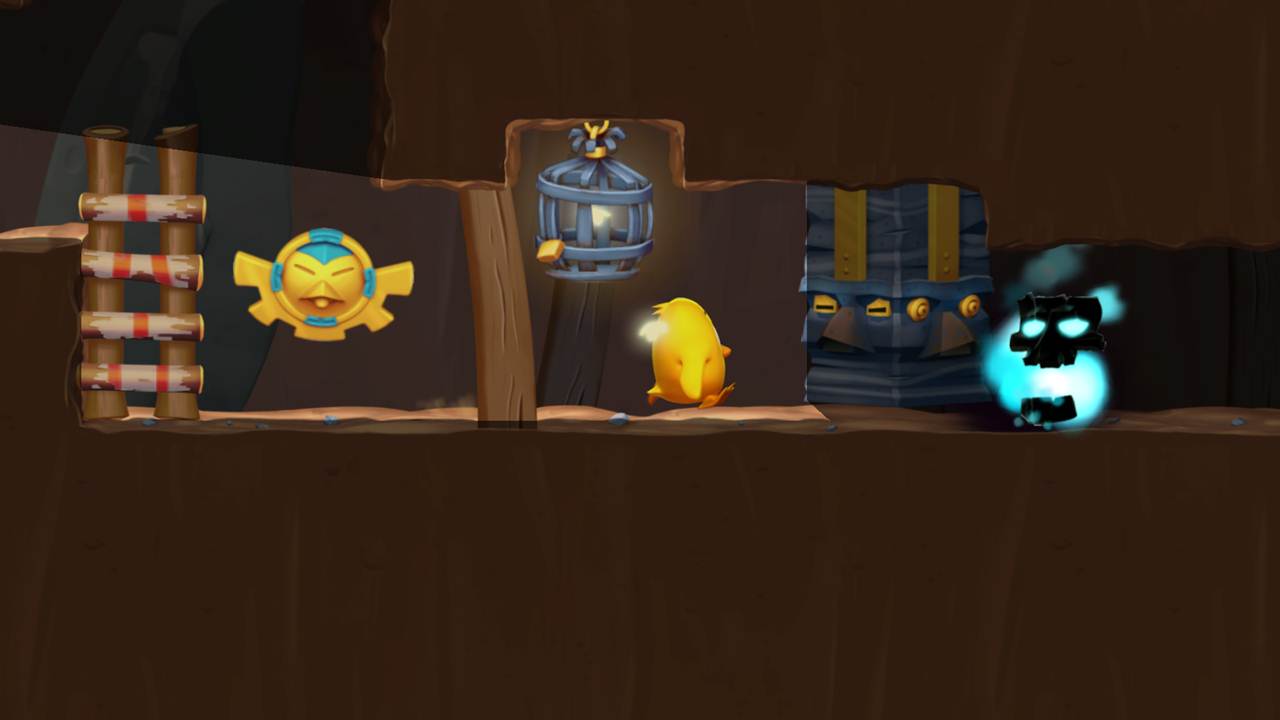 This non-scripted gameplay direction effortlessly evokes a retro style of gaming, a nostalgia that is also upheld by Toki Tori’s visuals. It’s a blatantly shiny and sweet aesthetic, one that is entirely geared towards outright fun. It doesn’t quite drum up Mario levels of charm, but the whole thing comes close. Added in are a series of background tracks that, whilst fairly standard for the genre, are catchy enough that you might find yourself humming along every now and then. As an added bonus for the Wii U version, you can also play the entirety of the game on the Gamepad controller. It works well, though the clarity of the visuals is noticeably reduced when playing on the smaller screen, robbing the crisp art style of its normal impact.

Most titles in the puzzle platformer vein struggle to maintain their clever puzzles for any length of time. Toki Tori 2 manages to keep the ball rolling, creating an absolutely colossal adventure that doesn’t let up throughout. Early promotional material implies the impending release of Toki Tori 2 on PC will include a map editor, a feature that is absent from the Wii U for the mean time. It’s a shame this is missing, as it would extend the experience in a way that makes sense for the Wii U’s touch screen functionality, but the main game content is long enough to tide you over even without a map editor. 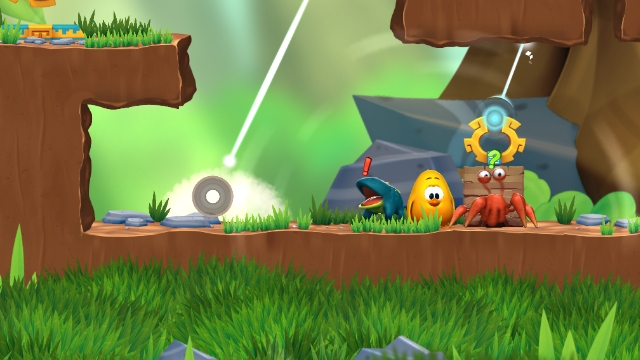 For the price it’s difficult to fault Toki Tori 2. It’s a stellar edition to the Wii U’s download library, and a decisive affirmation of Nintendo’s much friendlier policy towards independent developers. The lack of clear directions may lead you astray at times but, if you’re as tired as I am of games that patronise the player with incessant tutorials, you’ll find it a welcome change all the same. If you have a Wii U and want a solid and deep brain scratcher, then Toki Tori’s charms will be just up your alley. If you don’t have a Wii U then begin eagerly anticipating the game’s PC release. It will be worth the wait.

No map editor as is planned for the PC version, Occasional spikes in difficulty, Lack of signposting can lead to frustration

An accomplished and addictive puzzle adventure that offers a masterclass in game design, Toki Tori 2 is the kind of concise and effective exercise in nostalgia that reminds you of what makes gaming great

A copy of this game was provided by developer/publisher for review purposes. Click here to know more about our Reviews Policy.
Tagged With: Nintendo, toki tori 2, Two Tribes, wii u