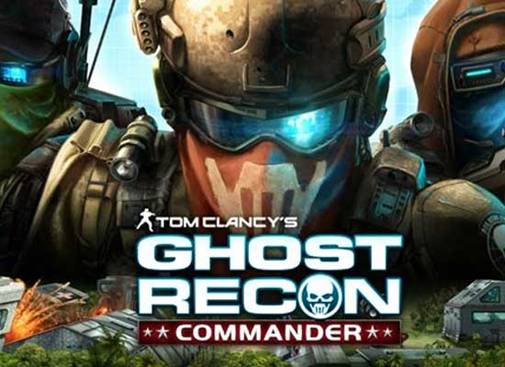 Ubisoft announced that Tom Clancy’s Ghost Recon Commander, a fast-paced tactical combat game, is currently in development for Facebook and is scheduled to be available this spring.

Tom Clancy’s Ghost Recon Commander is being developed by Loot Drop, co-founded by famed, award-winning game designers and developers John Romero and Brenda Garno Brathwaite. Brathwaite, who also serves as the game’s lead designer, has created a Facebook game with high production values and deep gameplay that hard-core gamers have come to expect from console games. While the Ghost Recon franchise is rooted in hard-core gaming, Ghost Recon Commander will be approachable and fun for all types of Facebook gamers, including both hardcore and social game players. Loot Drop is also developing the game for mobile platforms.

Other features in Tom Clancy’s Ghost Recon Commander include:

• Gamer on the Go: Players have the ability to pick up where they left off in Tom Clancy’s Ghost Recon Commander; it doesn’t matter if they’ve been away from the game for a day or for an hour, time is not a constraint.
• Customization: Ghosts can be upgraded and customized with state-of-the-art weaponry, armor and near-future gadgets.
• Asynchronous Co-op: Players will be able to have friends join them on missions or offer themselves up as a mercenary for hire.