Because not all game endings are completely retarded...

There have been plenty of editorials recently on awful game endings, a trend that seems to coincide all too conveniently with the launch of Mass Effect 3 back in March this year. Hell, we even wrote one ourselves, but there are times when a cloud has a silver lining. Whilst it would be fun to rattle on about rubbish game endings, we thought it would be better to try and take a positive outlook on the dodgy epilogue. Here are ten really awesome moments in game endings that are otherwise pretty rubbish. And yes, Hideo Kojima will feature fairly heavily in this list, so sue me. This list may contain spoilers and is in random order.

For more features and editorials, check here and here respectively. 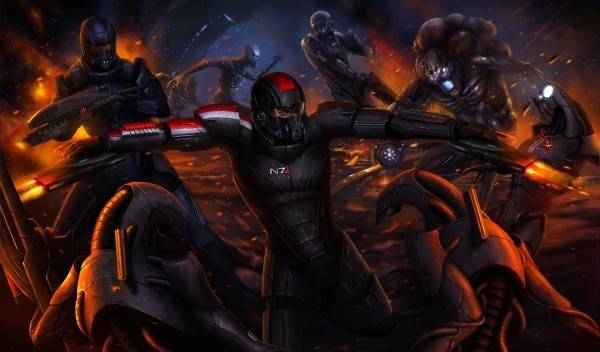 Before the director's cut was released, fans started coming up with convincing theories about reaper indoctrination throughout the ME trilogy to justify Mass Effect 3's disappointing conclusion. It was a good thing having fans really delving into the series and creating such convincing theories, to the point that it almost made the original ending worth it. Then it was ruined by Bioware caving into fan pressure and contradicting the indoctrination theory. Thanks guys.