Posted By Rashid Sayed | On 01st, Nov. 2009 Under Feature | Follow This Author @GamingBoltTweet

So, here we are with the second installment of the Top 10 Nintendo DS Games of All Time. I’ll be honest, the Top 5 was much, much harder to make, mostly because of the fact that all of the games in the Top 5 were very hard to put into order, since all of them are such amazingly great games. My opinion on how they should be ordered may change during the years, as some of them have new installments in the same series coming out, but I think I finally got my preferred order down pretty well. Also, I know that there are certain DS games that, in many peoples’ eyes, “must be” on a Top Nintendo DS Games List, and while I’ve never quite liked this phrase, I’d still like to remind other people that it’s “my list”. I choose what goes where, based on what I liked, not based on what other people think. My choices may be different from the majority, but I, myself, speaking as a regular internet-goer, like lists that have surprising entries more, than lists that have predictable choices. And in case you haven’t read the first one, here it is. Without further ado, let’s go on. 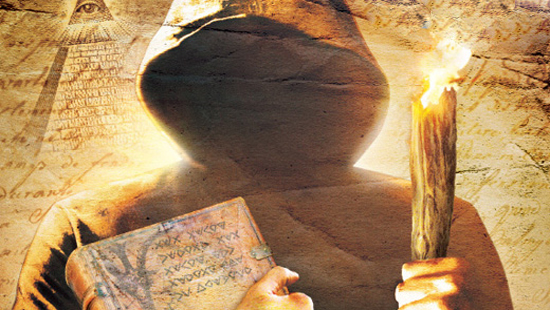 Man, this list shows how much great, classic games I haven’t played until this generation, when I have become a far bigger gamer than the last ones. Anyone who knows the Broken Sword series, knows that they’re absolutely wonderful point-and-click games, casting George Stobbart as the main character. My first experience with the Broken Sword series was Broken Sword II, on the PS1, when my cousin bought it. I played it, and then, one day, when I got this game, I remember Broken Sword II. I got it, alongside with this game, and completed both of them. Very engrossing story, memorable and humorous characters, puzzles that aren’t too hard, but often not too obvious and funny dialogue. Oh, yes, and a wonderful, cartoon-y art style too.

3. The World Ends With You 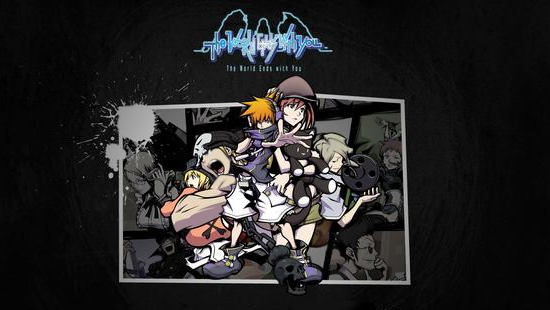 Well, the same developers as Kingdom Hearts, one of my favorite game series of all time. I simply could not resist the game, especially after the rave reviews. I picked this up, and I remember that I was hospitalized for a short while, and this game was one of the only games I played. I had plenty, but this was the one that I played, and played, and played, until I got through with it. I loved the story and its progression, the twists, the characters, the missions were varied, the combat was brilliant, though I put the top screen character to AI control, since controlling both would’ve been too much, and I wouldn’t have enjoyed and paid so much attention to running around with Neku and using pins as much as I did. Overall, a very, very great game, and not only high on my DS games of all time list, but pretty high on my overall favorite games of all time list.

2. Professor Layton and the Diabolical Box 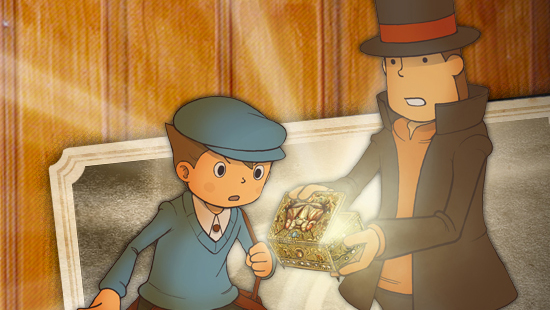 Like I said before, only one game per series. I would put both of the games (that are so far released in English) on this list near the very top, but I have to give this honor to Diabolical Box. The games are about equal, both charming adventure-puzzle games, and both are as memorable and great as puzzling games can go. I picked DB though, because Curious Village took place in only one place, the village. Diabolical Box went through many different scenarios, and you talked to a whole lot more people in more places. That’s why I’m picking Diabolical Box for this one. What this series also has is that when I finished Diabolical Box, and, of course, Curious Village, I felt that I didn’t want this game to end. I didn’t want to go back to the real world, to live my life. Throughout the game, I started to feel such a strong affection to the universe and its characters, that it was amazing. 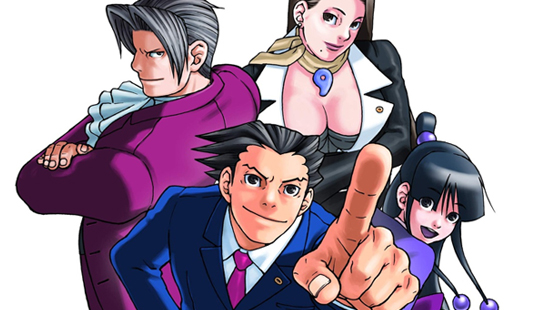 Now, my choice for this game to be on the top spot may be due to some sort of nostalgia or feelings that I have for the game that aren’t affected by its quality, but there’s no denying that these games deserve a top spot on anybody’s DS list. To be honest, I had no idea which one to put in the first spot, Professor Layton or Phoenix Wright. While the Phoenix Wright series are more focused on humor and ridiculousness, the Professor Layton games take themselves a bit more seriously, but are still very, very excellent games. Thus, in order to not make it look unpleasant to the eye, I’m just going to point out here that the Professor Layton and Phoenix Wright series are kind of sharing the two top spots. In any case, the Phoenix Wright series are fantastic games. Very, very memorable and great characters, and the gameplay is great fun, though it sounds boring on paper. Definitely recommend it to anyone, purely because of the situations, dialogue and characters this game has to offer.