While we’re all dying constantly on Dark Souls 2 and cussing it for taking so long to launch on PC, we’ve also been playing around with the mods. Back when Dark Souls launched on PC it was near unplayable until we got hold of DSFix, and now Dark Souls 2 is out, we feel it’s only fair to share the best fifteen mods.

It’s been a struggle as some of you know, Steam have a strong anti-cheat policy in place for this game, which means there aren’t a huge amount of mods. We suggest you play the game offline if you do use any mod:

WARNING: MODS MAY TRIGGER A VAC (VALVE ANTI CHEAT) BAN IT’S UNCLEAR WHICH DO. GAMING BOLT HOLDs NO RESPONSIBILITY FOR USERS WHO SUFFER A VAC DUE TO ANY MODS USED. 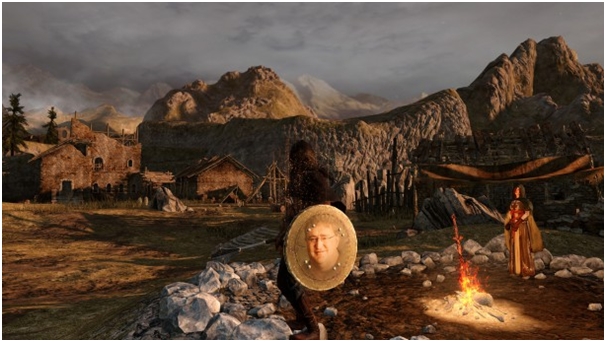 GeDoSaTo is a must have for any PC user playing Dark Souls 2, it allows for texture modding which results in this:

GeDoSaTo is required for pretty much every single mod, and was created by the now somewhat famousDurante. His mod allows for downsampling, texture modding, and a whole lot more. We strongly suggest you read his PC gamer article especially if you’re a beginner at modding.

As we mentioned, Steam has some pretty heavy VAC in place for this game, and even a well-known mod like GeDoSaTo isn’t one hundred percent safe, some users have reported they’ve been hit with a VAC after using it.

I’m a big Zelda fan. So when I found this skin pack to make my guy look like he hopped out of Hyrule  I was practically jumping for joy. Although the pack doesn’t make your character look like Link or Ganondorf, it makes me feel just a little bit happier playing in some Zelda armour. It came with a nifty trailer too!

This is a simple graphics mod, but it works so well. It adds a little crispness to the world and adds some screen space ambient occlusion, giving the game’s graphics some excellent depth.

This sets a high standard for graphic mods and really makes the world look as though you can walk into the background rather than the background just sitting there.

This is probably one of the best loved mods, it amps up the graphics and brings back the lighting we saw in pre-release, creating the world we all hoped to see when we bought Dark Souls 2. There’s also a few different versions that allows the user to remove various effects.

There’s an issue with AO flickering in some places, but nowhere near enough to consider it a major issue.

GEM, that is Graphics Enhancement Mod does what it says on the tin, it makes the graphics slightly more enhanced. Creator neme0 uses SweetFX Stack Shader to give the darker areas of the game a deeper black feel, so it really feels as though the darkness is causing you a problem.

The mod supports both ENB and GeDoSaTo. 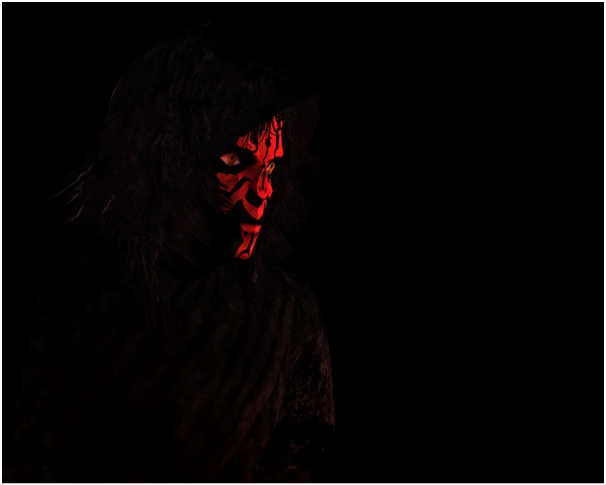 Let’s just be blunt, Darth Maul is awesome.  So think about this: slaying monsters, as Darth Maul. I’m still a little sore that we didn’t get our Darth Maul game, so this is the next best thing. It even gives you a double sided lightsaber!

My only gripe with this mod is that Duel of the Fates doesn’t automatically play when you get into every  battle. 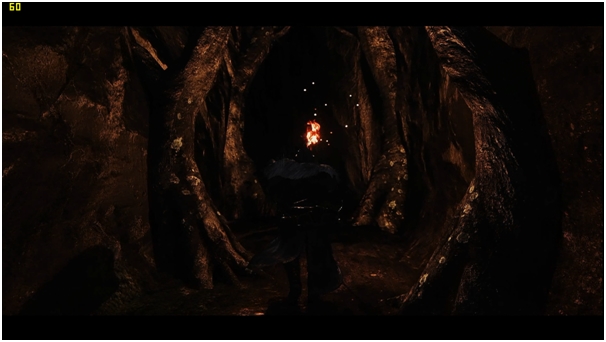 This mod seems pretty simple “Real darkness”, but it makes the game so much more atmospheric. The point isn’t that the screen is simply darker, otherwise you’d just take the brightness down. It makes the areas that should need a torch actually need a torch. The caves suddenly become almost like a survival horror game rather than an adventure game. 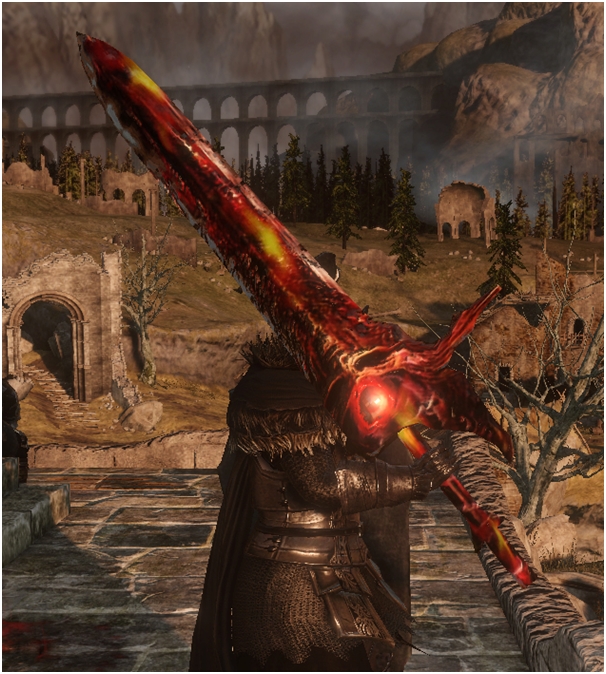 In the late ‘90s one of my favourite games was released, Soul Blade. The game revolved around a sword called the Soul Edge, so when I saw that Rizaunreleased a mod to add the legendary sword into the game, I had to have it.

The mod is a paint for the Smelter sword, but keeps the glowing effect. Like most mods, this requires GeDoSaTo. 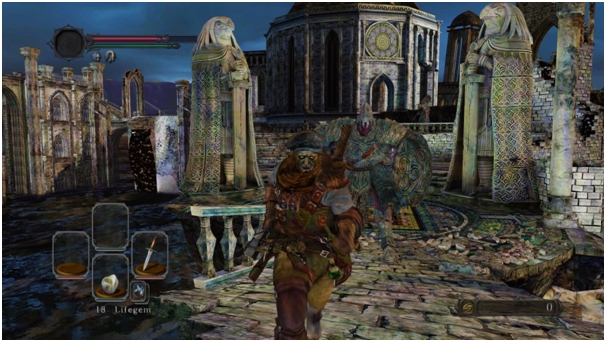 This texture mod makes the game look out right bizarre. And, as the subtitle suggests like an oil painting, it makes the game a whole lot more enjoyable playing the same area more than once because it looks so different.

This mod is an acquired taste, of course. And actually I’m not hugely keen which is why it’s so low on the list. But it changes the looks so much, that it has to be mentioned. But it brings a new and unique feel to the game. 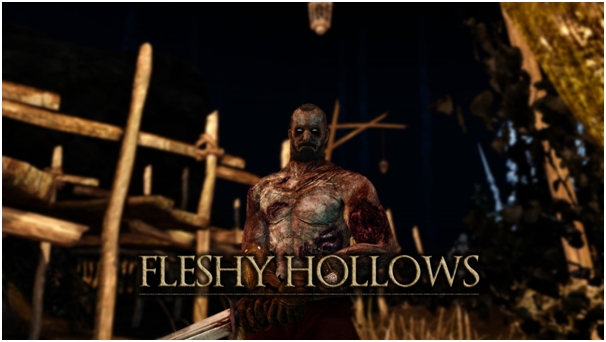 This mod makes your character slowly lose his/her features everytime you die. They also start to lose skin and fat, by the end you look like Skeletor from He-Man. The key issue with the mod is that there seems to be no way of preserving the original skin tone.

You can get the mod from here. 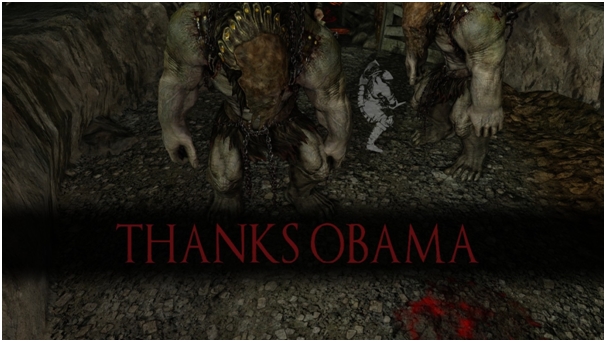 These mods are pretty straight forward, they change the text from “You died” to “You died like a bitch” or “Thanks Obama”. They add a little dash of humour to the game, but not much else. I’m surprised that there’s been no custom text mod, that allows a player to easily change the text.

This is a pretty simple little mod, all it does is change the interface icons from the default Xbox 360 icons into familiar PC buttons. Obviously, this isn’t a huge leap for the game.

I like this mod so much because it sums up the internet so well, sweet  Shalquoir of Majula was a very adorable kitty, but some users simply didn’t find him adorable enough and so ToadR took it upon himself to release a HD mod for Shalquoir, the textures are twice as large, resulting in a white chested tabby. 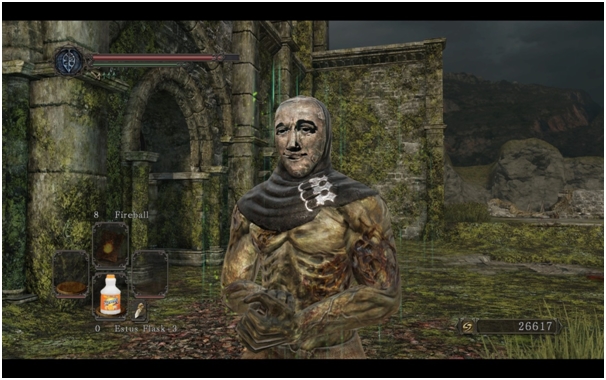 I hear you, “how can a Bill Murray mask be so low?” Well, the mask looks nothing like Bill Murray, but that’s part of the charm.The mask is a reskin of the Manikin Mask, which has seen a couple of retextures, there’s a cool Chatter Cenobite mask too.

You can get it from here and here. 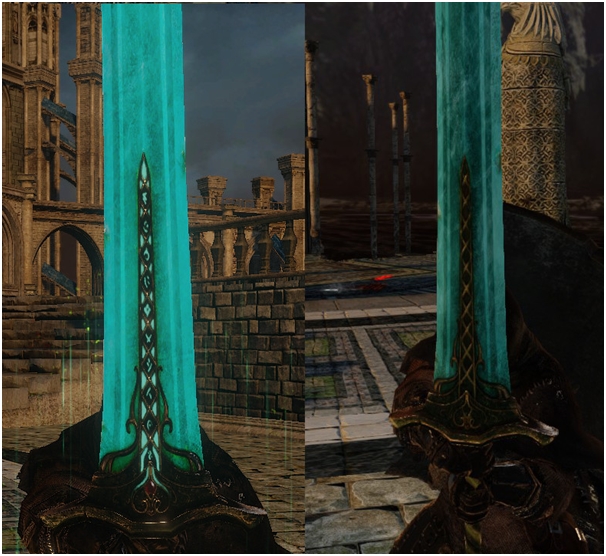 Here’s a before and after shot above.