Mario is one of the most iconic and instantly recognisable figures in videogames. Thousands of fans each year show up in Mario cosplay to various events the world over. It’s not just the fans though, with many famous celebrities and characters resembling everyone’s favourite plumber, albeit unintentionally.

We’ve brought together 25 of these dead ringers, complete with photo comparisons. Just remember, once you see the resemblance, you can’t un-see it!

Some of these celebrities have a close resemblance with the real thing, but as they say, original is original. Mario has that distinctive charm and a pleasant look about him that is so hard to match, and this is a testament to Nintendo’s design that they’ve managed to keep the character fresh after making plenty of Mario games for two decades. He is an iconic character and there is no disputing this fact.

Can you tell us which one closely resembles the real Mario? Leave your feedback in the comments section below. 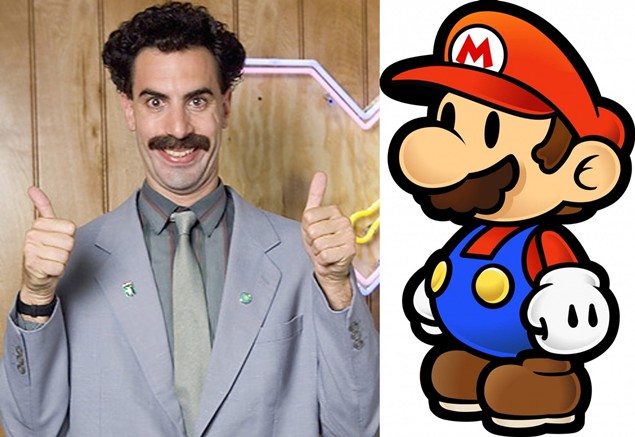 Expect to see a lot of moustaches in this list as it is, after all, one of Mario's defining features. If that isn't similar enough, then think really hard and you can hear a vague resemblance in the voices of Mario and Borat. "It's a me! Yishimesh!