The Nintendo DS has definitely so far been my most-used gaming system this generation, and due to that, I’ve played more games with it than I have with my other consoles. The Nintendo DS, as the graphically inferior of the two dominating handhelds in the market right now, for a DS game to be considered good, it has to have memorability, good plot, memorable and (mostly) likeable characters, innovation, artistical art style that has heaps of charm and good gameplay. Here I’ll list the games that as long as I’ve owned my DS, up to today, have been the best I’ve played. And remember, only one game per series. 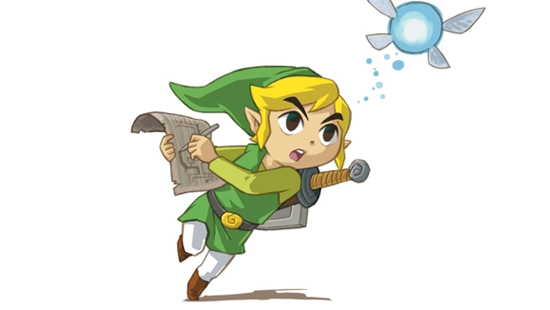 I’ll admit it: I haven’t played almost any Zeldas before this. In fact, except for the brief week that I had an NES and played Super Mario Bros. 3, after which I got a PS1, I don’t have almost any experience with Nintendo. I was born during the birth of the fifth generation, and my sweet childhood memories lay with the PS1 and PS2. I picked this game up though, due to it being one of the most promising-sounding games at the time that I bought it. I’ve read about Legend of Zelda’s storylines and characters on the internet plenty, so I had some kind of weak grasp on what the series was about. I started playing, and it was pretty good. Control scheme was, as my first NDS game, surprising, and I liked it, and though the storyline wasn’t something very epic, the game somehow kept me playing, and I liked it. 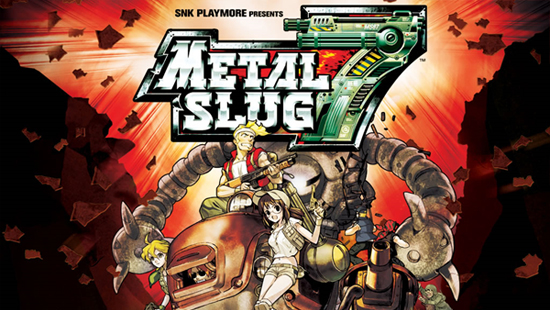 What can be said about the Metal Slug series, that hasn’t been said? Basically a run-of-the-mill 2D shoot-’em-up that were popular in the ’90s, with the quirky and cartoony (and violent) charming and memorable art style, Metal Slug is among many peoples’ eyes, one of the best and most famous 2D shoot-’em-up series. I had as much experience with Metal Slug before this that much, that I’ve played Metal Slug X on the PS1. Needless to say, the controls are tight, the humor is great, the game is fun, and the mech battles are a fun addition. 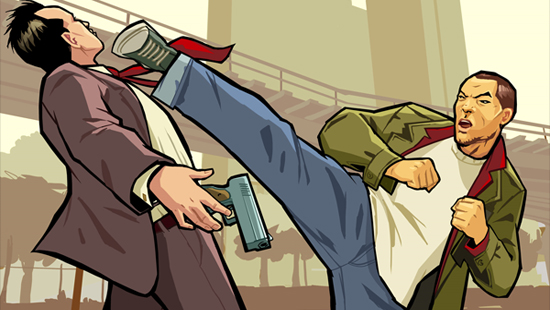 For many DS gamers, Grand Theft Auto: Chinatown Wars’ critical acclaim may be familiar. Why did I give this the 8th spot, not the 1st? Well, for one, there are in my opinion better games, and two, as much as the game was interesting in the beginning, with the great stylus-based mini-games, nicely-done cutscenes and the wonderful fun that’s to be had driving around in the city at high-speed, and lets not mention the fantastic re-creation of GTA IV’s Liberty City, the more I played, the less I felt like I wanted to play this. I guess it was the sudden down-grade from the consoles, or because of how much I’ve played the GTAs over the years. As long as I did like it, it was wonderful, though. 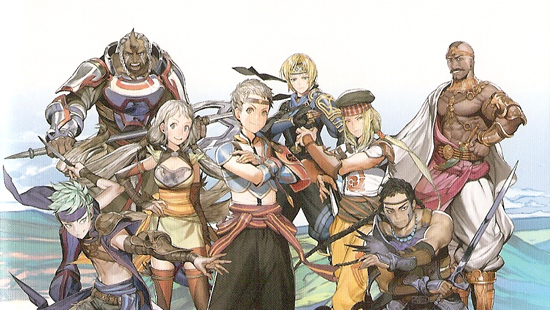 And again, even though they were on one of my favorite consoles of all time, I have not played any of the Suikodens. The game starts off in a village, with foreign invaders blah-blah-blah. Sounds pretty cliché, but the story gets only better, and better. Plenty of different places to visit, great story, memorable characters and 108 different characters to collect, that you can use in your party. The combat is regular turn-based JRPG fare, but it’s done decently, so if you don’t like turn-based games at all, the gameplay will probably turn you off. Overall a very engaging and interesting game though, and I definitely recommend to any JRPG fan. 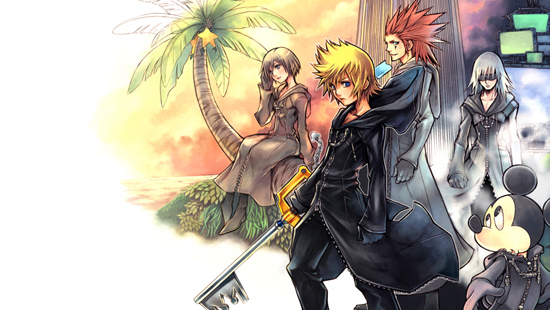 Ah, Kingdom Hearts. The games on the PS2 are one of my most favorite games of all time, this probably being the reason that I loved this game so much, despite its flaws. The game was definitely a disappointment compared to the other ones in the series, but the gameplay was terrific (except for the hardware which you used to play it with) and the storyline went a little bit more interesting near the end, almost redeeming the snail-slow start. And the music, oh no, the music. Without music, Kingdom Hearts wouldn’t be the same. The music makes me cry, the music makes me feel sadness, the music makes me feel upbeat when the game’s soundtrack is set like that. The music is what makes most of the games memorability, the music is what plays with my emotions the most in the series. Especially Roxas’ theme. That song makes me so sad, but at the same time, it’s so beatiful. Yoko Shimomura is a musical genius, no doubt about it.