Total War: Attila Review – The Huns Are Coming And All You Can Do Is Die Fighting

Attila is one of the best strategy games you can find on the market right now.

If you had a tough time with Total War: Rome II, like countless other gamers did, then you should probably look into Total War: Attila. This iteration of the famous Total War series is the most fun I’ve had in a Total War game for a while. We may reference Rome II frequently in this review as there are strong similarities to be found but with notable alterations.

Total War : Attila has a certain, je ne sais quoi. It’s rather difficult to point to one particular aspect of the game and say, “this is what makes it better.” So in this review, I will attempt to point out what it is that makes this a worthy entry into the series and a powerful sequel to Rome II. 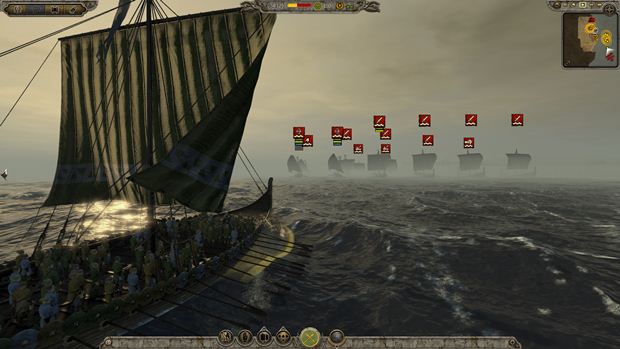 "Total War : Attila has a certain, je ne sais quoi. It’s rather difficult to point to one particular aspect of the game and say, “this is what makes it better.”"

When I started the game, the first thing that I noticed was the game’s massively improved load times. One of the most reported problems for Rome II was the lengthy load times that players were forced to sit through upon launching the game. That’s not the case here as I am at the menu screen in well under 20 seconds, having skipped the intro scene of course. The menu screen itself retains the same left aligned layout of icons, so once you’re loaded up, the process will be instantly familiar, but I suggest you hang around a bit to listen to that pretty entrancing theme music.

First things first, the options available to the player. You will be pleased to know that the game offers fully rebindable keys for those of you that prefer to tweak your game to better reflect what you find most comfortable because gone are the days of using arrow keys for ingame camera controls, this is the time of W,A,S,D, by default.

Customisable UI’s return with the options to have selection markers, target zones for archers and trebuchets etc and threat indication markers toggled on or off depending on your personal preference alongside other options such as the ability to turn of the Advisors. Thankfully. Graphics settings are as in-depth you would expect from a Total War game. Sliders and multiple options for everything from texture quality to the quality of trees is the name of the game here, you also get a selection of well chosen pre-sets.

The Prologue, unlike that found in Rome II is a masterclass in old school video game design for the strategy genre which so often becomes bogged down in the details which are frankly best reserved for later in the game. The game will drop you straight into a defensive lineout, controlling a crowd of Visigothic locals defending Olbia from an encroaching Ostrogoth attack. 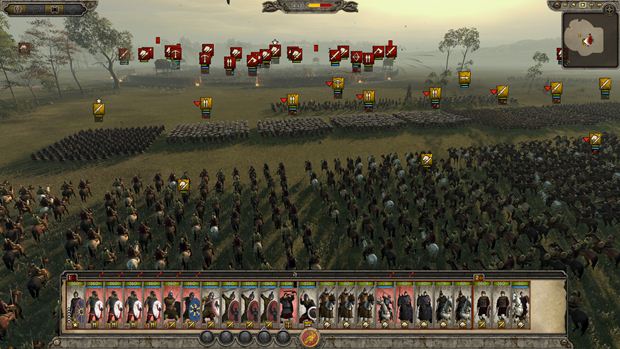 "Perhaps one of the more surprising things about Total War: Attila, is how well the game runs. Performance was brilliant, even on the higher settings I rarely saw performance drops."

Both sides rush forth as you’re advised to take hold of the high ground and use it to your advantage. Naturally any seasoned armchair general knows to take the hill but save a unit to send in from the rear to prevent the enemy from escaping your swords and spears. We arrived just in time to line out before our units crashed together. Fighting ensued before a thrusting attack from the flank saw us draw our forces back to Olbia to defend it.

It was at this time that I realised that this already feels more dynamic than Rome II. We had defenders in the town loosing arrows toward the new horse borne attackers and every rider we hit went down lack a sack of stones. No arrow sponges here it would seem. The battle went as you would expect and we successfully repelled the attackers before being introduced to the campaign map which ran me through the usual rigmarole of unit recruitment and city building which all rolls out much in the same way it did in Rome II. But the inclusion of faster moving units on the campaign map alongside a rather beautiful landscape made the whole ordeal, which is normally quite uninteresting, worth working through.

Perhaps the largest complaint that can be levelled at the recent entries into Total War is the poorly handled manner in which armies and cities are maintained. At one point, I had some trebuchets that were low on ammunition. Six months later and they still hadn’t gathered more stones to throw, despite having raised a number of buildings  and expanded our borders which would have resulted in plenty of stone being available to my people.

Unit attrition, something that is often complained about, makes a return and is still bothersome. My people were well fed, my forces happy, we had constant profits and excess food, yet still my men left the army in droves. While it is of course realistic to have units leave an army in the real world, this is a game, and this is my army. I should be able to lay down decrees of execution for deserters or rewards for those who serve a certain amount of time, but we are instead told to tend to sanitation levels and the allocation of governors.

Perhaps one of the more surprising things about Total War: Attila, is how well the game runs. Performance was brilliant, even on the higher settings I rarely saw performance drops. It wasn’t until I laid siege to the home of the invading force that I saw a dip in frame rate. Later, at the larger siege of Apulum the frame rate dropped quite a bit, but it stayed playable throughout. 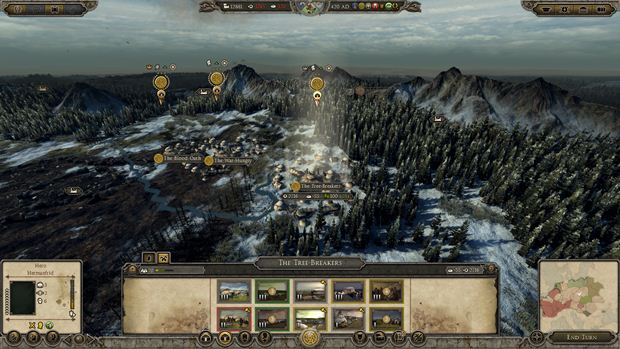 "Total War: Attila is a great example of modern day war games set in an ancient setting done right. Few other games felt this fresh despite being based on an already existing model of gameplay, so I was genuinely surprised to find it as enthralling as I did."

Moving units and making use of their special abilities remains the same as ever with your general fielding a number of units buffs and morale maintaining abilities whereas your normal swordsman can only muster the sense to spread out when they come under arrow fire. The flow of combat seems faster than that of previous Total War games.

Your units in Attila are less armoured, with the exception of course being the more developed empires or late game units, and so they die a little bit easier than you may expect. If you leave the flanks of your line open, the enemy can roll up your force with a well placed cavalry charge and crush great numbers of your men.

The flow of the battles also seems more realistic, perhaps not a 1:1 replication because I still had units of peasants fighting to the last man, but it has a visible ebb and flow that you can see in both the press of bodies and from the overhead tactical view. The enemy will adapt to your battlefield tactics and try to wear you down. They will spread ranks and run in and out to exhaust your arrows, but if you’re hitting them with artillery, they will sprint in and close the distance to remove the threat of bombardment.

When playing a Skirmish as the Western Roman Empire I rolled out in the Triplex acies, ready to repel an oncoming army of Huns. The strength of the triple line out comes in the ability to cycle fresh units to the front, giving your exhausted men time to rest. Seemingly aware of this the Huns ran parallel to my line causing me to turn my army. With the triple line out being so broad, this is a huge movement to make. When I turned right, they forced me to turn left until I overextended my men. The Huns rode down my first line and delivered heavy casualties, but ultimately lost the day to my spears which were hidden in the rear echelons of my force.

Total War: Attila is a great example of modern day war games set in an ancient setting done right. Few other games felt this fresh despite being based on an already existing model of gameplay, so I was genuinely surprised to find it as enthralling as I did. I’ve expressed criticism towards The Creative Assembly before and I went into Attila expecting a re textured build of Rome II, but I was surprised and drawn in by this elaborate sequel that improves on many facets of the established format.

Total War: Attila is one of the best strategy games you can find on the market right now if the historic world is your field of interest and I strongly recommend it to you.

A familiar user interface, increased performance and ​the usual high quality and intelligent enemies make Attila the best Total War game in quite some time, a true return to form.

Despite feeling tweaked and improved in many places, the visual comparison between Attila and Rome II are undeniable. A slightly changed design aesthetic would have been appreciated

Total War: Attila is one of the best strategy games you can find on the market right now if the historic world is your field of interest and I strongly recommend it to you. There's more than enough accurate material to be found here, allowing you to recreate famous scenes from history, or even create your own from scratch.

A copy of this game was provided by developer/publisher for review purposes. Click here to know more about our Reviews Policy.
Tagged With: pc, Sega, The Creative Assembly, Total War, Total War: Attila