Total War: Three Kingdoms Wiki – Everything You Need To Know About The Game

Everything you need to know about Total War: Three Kingdoms. 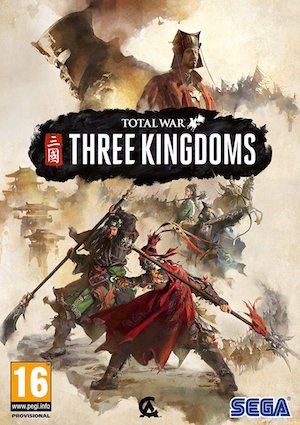 Total War: Three Kingdoms is a real time tactics turn base strategy title developed by Creative Assembly and published by Sega. It is the twelfth mainline title in the Total War series.

Total War: Three Kingdoms entere pre-production in early 2015. Developers Creative Assembly announced at the time that the next Total War game would not be a direct sequel to any previous entries in the series, but would instead focus on an all new era that the series hadn’t explored in the past. The developers wanted their next game to focus on characters and character-specific developments and interactions, and ultimately found the Three Kingdoms era of Chinese history to be a perfect fit for their ambitions.

Total War: Three Kingdoms was officially unveiled in January 2018. At the time the game was scheduled to launch in late 2018, but was eventually delayed to early 2019 so that the developers could have the required time to finish production on the title. A release ate was then set for March 7, 2019, but in February of that year, the game was delayed by over two months yet again, with its release scheduled for May 23, 2019.

Total War: Three Kingdoms takes place during the era of the three kingdoms historical conflict of Chinese history, during the first two centuries. The game begins in 190 AD, at which time the warlord Dong Zhuo rules and sows chaos through the child emperor, Emperor Xian, as his puppet. Two leaders – Cao Cao and Yuan Shao – form an alliance to join their forces and fight back against Zhuo’s rule to take him down.

Total War: Three Kingdoms is based on historic events, but takes cues heavily from the 14th century Chinese epic Romance of the Three Kingdoms, which is also based on the same historic events, but introduces fantastical and mythological elements to the events in its retelling. Throughout its development, developers Creative Assembly have focused on characters and their relationships and interactions as the cornerstone of the experience, more than in any other Total War game in the past. 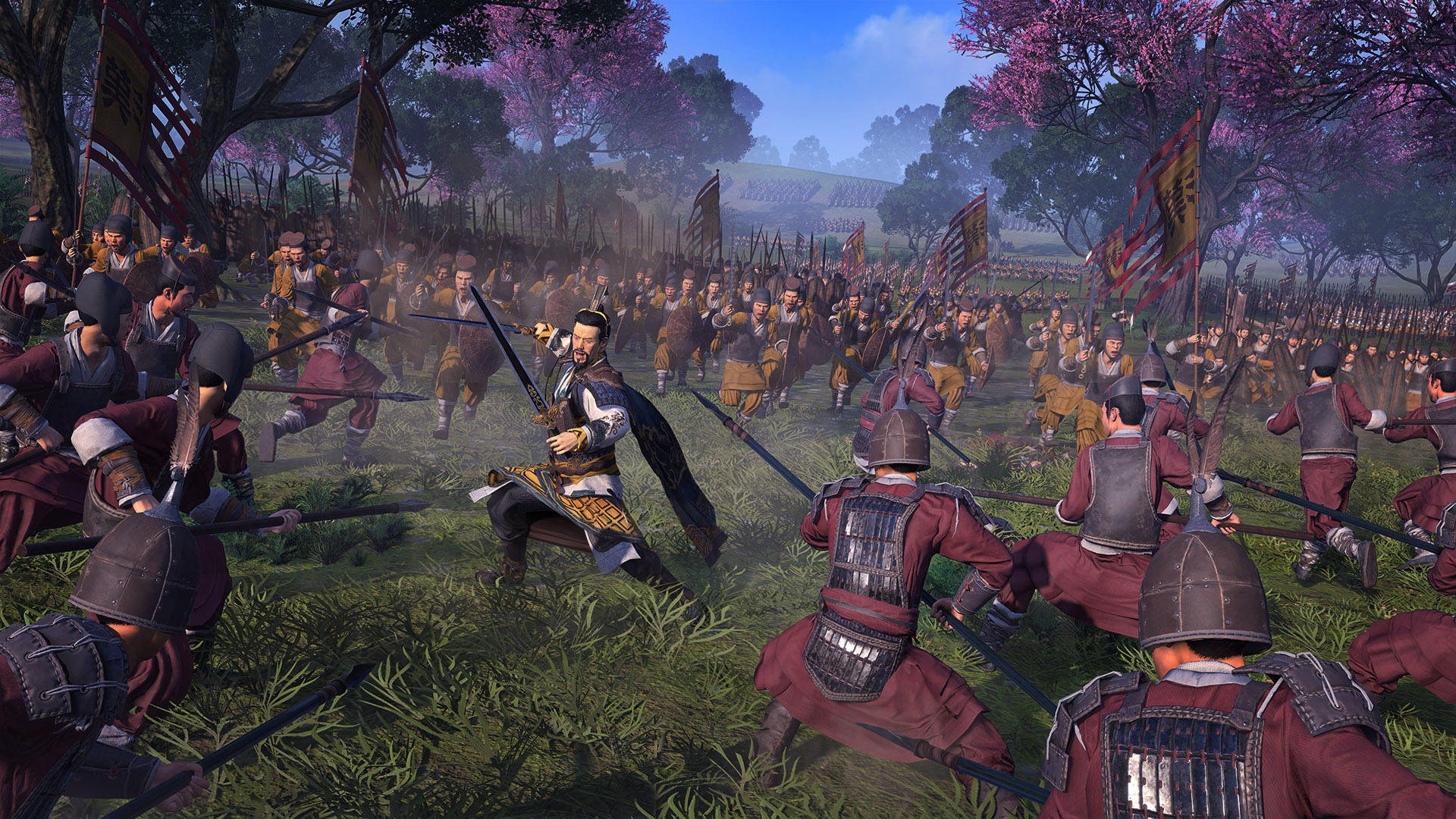 Total War: Three Kingdoms is a turn based strategy real time tactics title likes its predecessors, but introduces several new elements to the series. With its focus being heavily on characters and the relationships and interactions between them acting as the main drive for the campaign, the game introduces several systems an mechanics to put such things front and centre.

One such system is the Guanxi system, which determines unique personalities and traits for each character in the game, which allows all characters in the game to have unique social connections, relationships, and interactions with each other. Based on things valued by a character, such as “trust” or “obligations”,  interactions with them affect their happiness ratings, which in turn determine their disposition towards other characters.

These can lead to various repercussions, such as new and broken alliances, or even varying behaviours on the battlefield. For instance, two heroes might bond over the course of several battles, but if one of them goes on to die, the other might be affected negatively by the loss, leading to a change in behaviour on the battlefield that might act to the detriment of their respective army.

Characters in Total War: Three Kingdoms can also now perform all actions, with their no longer being units dedicated specifically to things such as spying or diplomacy. Total War: Three Kingdoms also sees the return of hero units, who have specialized abilities and equipment and armour. Heroes can also boost stats and provide production bonuses. For instance, two separate factions can form a coalition to work toward a common goal without having to formally form an alliance. 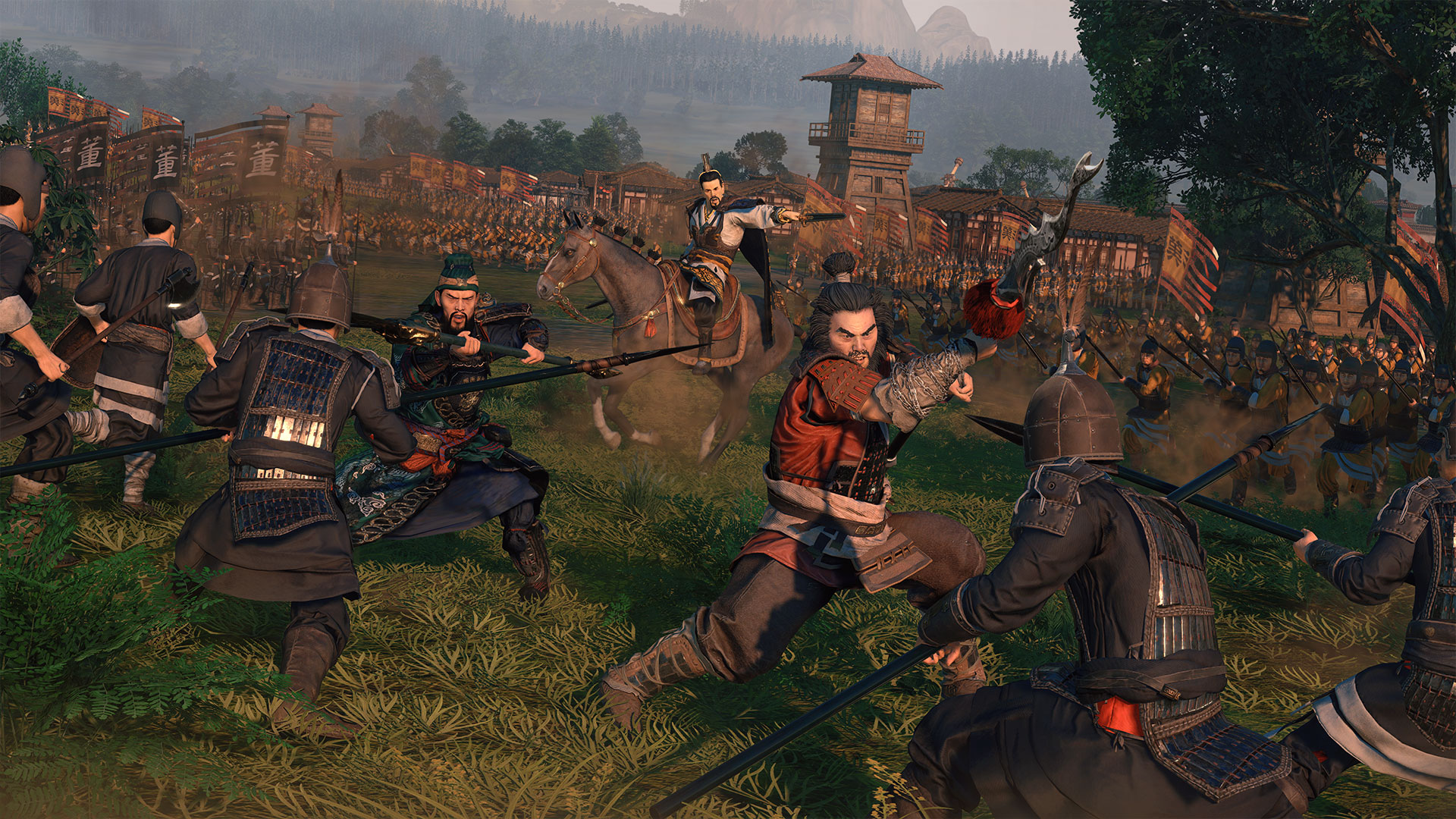 Hero characters are also aligned to one of five elements- water, wood, fire, earth, and metal. Elemental alignments can be used to work with or against one another. Heroes can also be used to access and unlock new formation types for your armies throughout the course of the campaign. Meanwhile, the Diplomacy function has also been heavily reworked, and now allows for more options and greater flexibility.

Beyond these eleven, Dong Zhuo is also a playable character, and is unlocked after defeating his armies, or after reaching the Emperor rank. Three more factions are also to be added to the game as part of DLC. These three are Gong Du, He Yi, and Huang Shao, added with the Yellow Turban Rebellion Warlord Pack.

These main characters belongs to different classes, and present unique benefits and weaknesses. Classes can range from Strategist (which allows for debuffs from greater range), Commanders (who can effectively buff nearby troops), and Guardians (who are tank units that can take a lot of damage). The game also features a new UI as compared to previous titles in the series, one that is more minimalistic and stripped down. 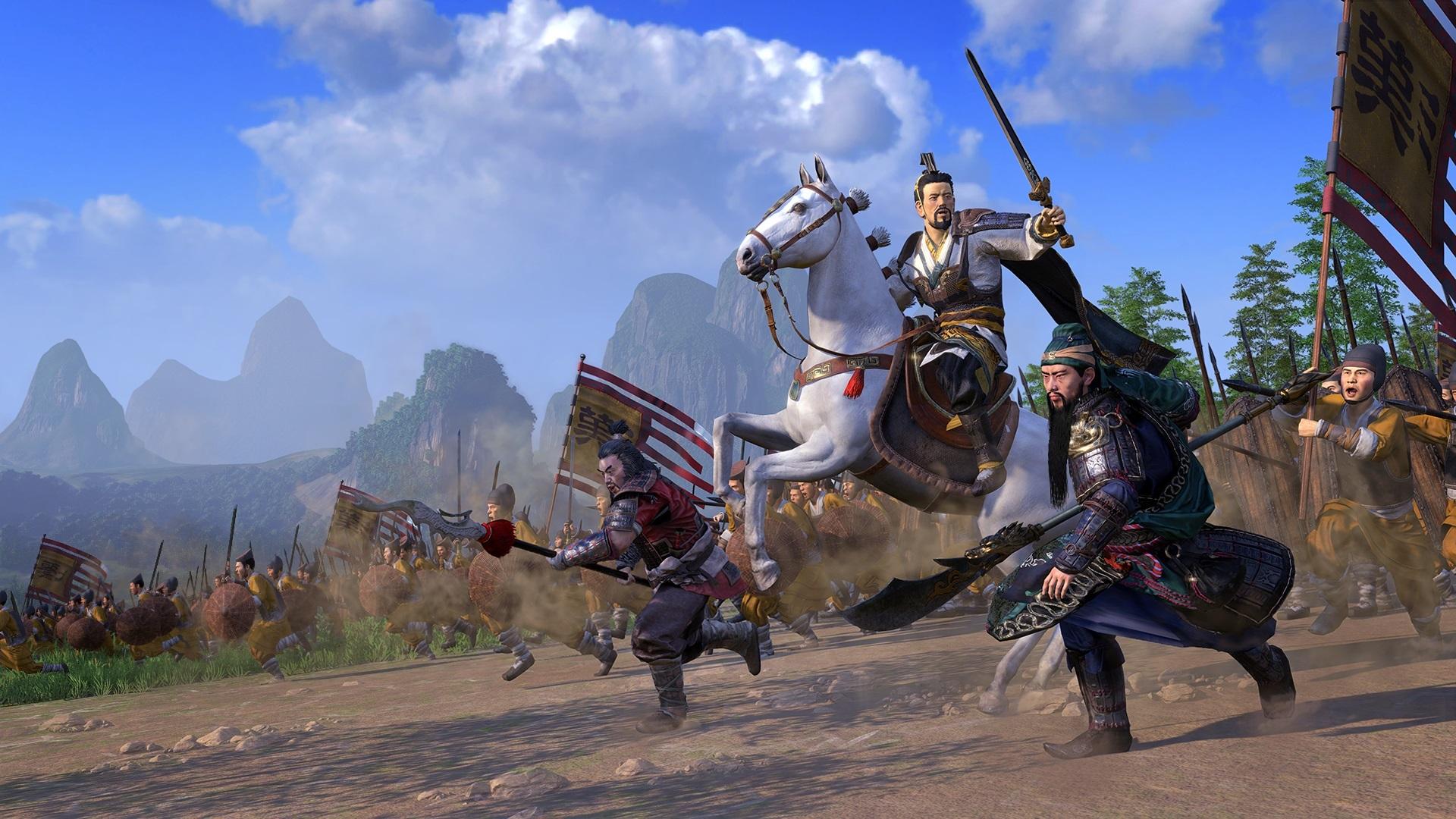 Total War: Three Kingdoms also features two unique modes- “Romance” and “Records”. “Romance” mode is based on the novel Romance of the Three Kingdoms, and is less rooted in history, with characters being gifted with supernatural powers. “Records” mode is based on Records of the Three Kingdoms. This mode is more grounded and a closer representation of historically accurate events. In Romance mode, generals can be commande separately, though this isn’t possible in the Records mode, where the generals also don’t have supernatural powers and abilities.