Sega has released a new trailer for the upcoming strategy game, throwing the spotlight on the deadly demon engines known as Soul Grinders. 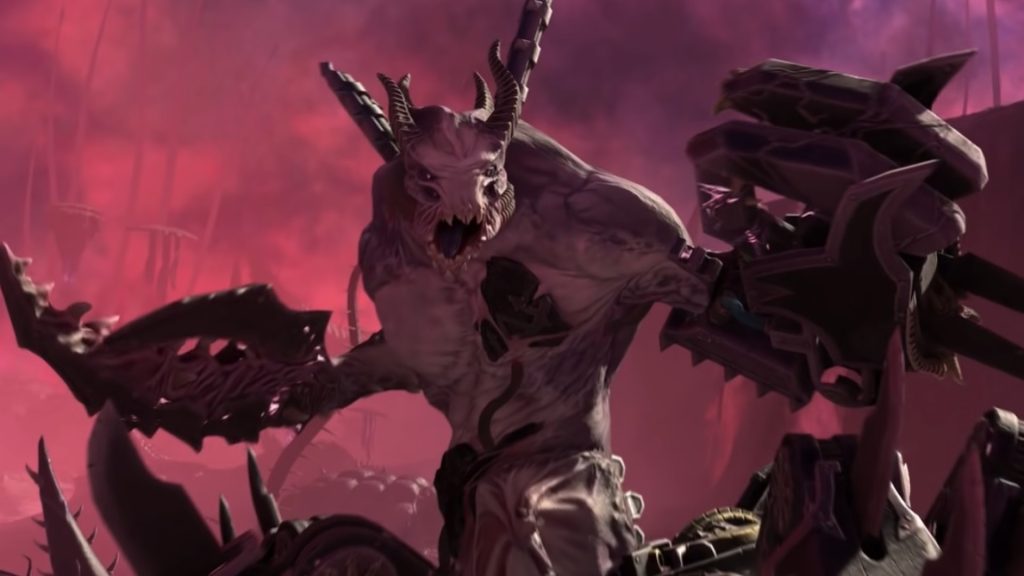 As Total War: Warhammer 3’s launch draws closer and closer, Sega and Creative Assembly have been revealing more new details on the strategy title. Recent updates have covered from revealing the new Daemons of Chaos faction and the customizability of the Daemon Prince to detailing the game’s campaign map and much more.

Another new trailer has now been released, and this one has a much narrower focus, shining the spotlight on a particular unit in the game- Soul Grinders. These deadly demon engines of the Slaanesh faction are described as “scorpion-tailed abominations” that “won’t stop till they catch their prey”. Fans have been divided on the inclusion of Soul Grinders in the game, primarily because their aesthetic feels more like Warhammer 40K than fantasy Warhammer– but either way, they promise to be interesting units in the game.

Total War: Warhammer 3 launches for PC on February 17, and will also be available on PC Game Pass on day 1. You can check out the game’s system requirements through here.