Toy Soldiers: War Chest Wiki – Everything you need to know about the game

Everything you need to know about Toy Soldiers: War Chest

Toy Soldiers: War Chest is an upcoming sequel and third person action shooter video game with tower defense elements. The game is currently in development by Signal Studios, a team of industry veterans who are perhaps best known for their work on the Toy Soldiers series of video games, having even topped the charts of the Xbox Live Arcade with their action tower defence inspired game, simply titled Toy Soldiers. Not to be confused with Toy Soldiers: Complete, an early access game that is currently available on Steam which is being jointly developed by Signal Studios and Krome Studios of Star Wars The Clone Wars: Republic Heroes fame.

The game is going to be published by Ubisoft, who are best known for their work on the Assassin’s Creed franchise and the Tom Clancy series of games that includes Splinter Cell and Rainbow Six.

Toy Soldiers: War Chest is being developed for a cross platform release, currently lined up to launch on the Xbox One, PlayStation 4 and PC. This is a change from the norm as most other titles in the series were reserved as exclusive titles for Microsoft consoles.

Toy Soldiers: War Chest was announced to the general public and the media at large on August 11th 2014. This announcement included information that announced a partnership between Signal Studios and Ubisoft.

Speaking about the new partnership between Signal Studios and Ubisoft, the founder of Signal Studios founder, D.R. Albright has said, “Partnering with Ubisoft presented an opportunity to create the Toy Soldiers game we had always envisioned. Gamers of all ages can play as and face-off against toys familiar to them from their childhood to recreate the battles of their imaginations. Fans will have a great time learning how each army plays, and the individual strengths of their troops and weapons.”

Giving his own input on the partnership between Signal Studios and Ubisoft, Ubisoft’s Thomas Paincon said, “We are very proud to bring the new opus of this well-known franchise on next-gen. We strongly believe the universe of Toy Soldiers will offer a unique and intense gaming experience and we hope that fans will enjoy the deep game mechanics.”

Unlike the previous Toy Soldiers games, Toy Soldiers & Toy Soldiers: Complete, this game is set to take a different approach to the toy box based war scenario. Whereas it was previously about German or British soldiers doing battle in their toy boxes as the two vie for control, this game pits a more varied and colourful cast of characters against each other.

These forces will include the armies of Buddy Bears, Ponies and Pixies and the forces of the infamous Kaiser who will be returning with his World War 2 era German soldiers. Given that this game is being published by Ubisoft, fans of the series have predicted that it’s likely that more armies will be added to the game by way of DLC.

Because of the nature of gameplay, the Toy Soldiers games are sometimes mistaken as games from the PlayStation 1 and 2 series Army Men. 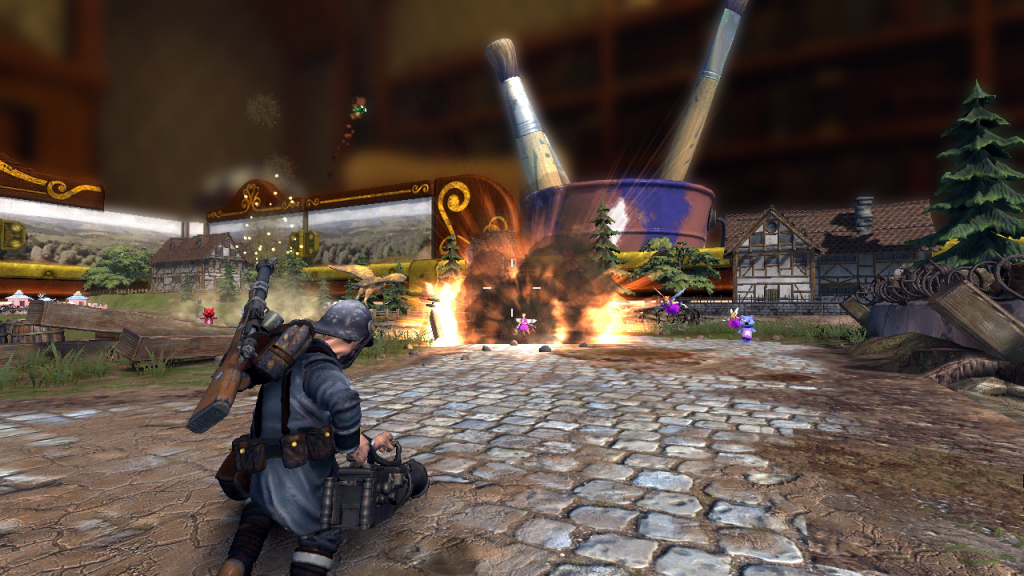 At this time, it’s unclear whether or not the game will feature any kind of overarching narrative. Players will take control of toy-based soldiers, facing off against opponents to control the overall toy box. 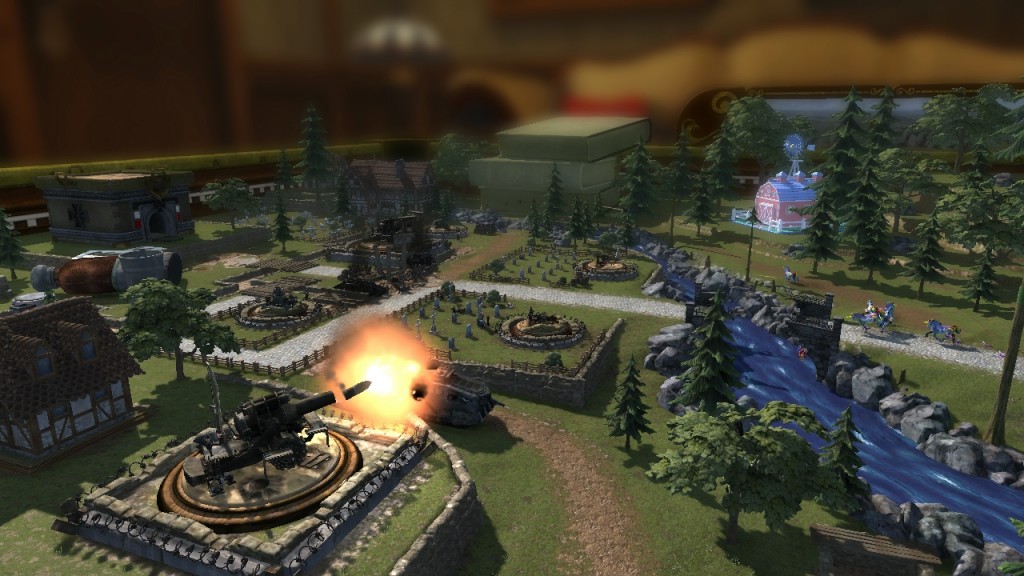 Toy Soldiers looks as though it does very little to change the gameplay of the series in any meaningful way. Rather, it would appear that the major shift in gameplay comes by way of the abilities and special units that are offered by the player’s chosen army.

In a video that Signal Studios titled, “Army Focus”, some information was given on the the various armies appearing in the game by Josh Mast, the producer of Toy Soldiers War Chest.
In the video, he explained that the player would once again take control of vehicle and mobile units as well as the returning defensive structures. These include machine gun emplacements, gas weapon dispensers and mighty howitzer cannons.

These defensive units are often split into the following categories: Anti-Infantry, Anti-Vehicle, Anti-Air and Artillery pieces. While each armies version of each weapon looks different, their purpose in the battle is largely the same. They also come with upgradable features, including health damage and range.

Each of the armies will have a Hero unit. This hero can come equipped with, or presumably acquire and control a vehicle type unit. The Kaiser Hero for example gets a large trundling tank whereas Pixie Hero seem to get a Pegasus/Unicorn.

While each army only has access to one hero, the unit can be customised with weapons and skills that best suit your own play-style.

The Hero unit can make use of a Barrage attack, which serves as a sort of ultimate ability. These abilities are chosen before the battle and can come in different forms. One ultimate attack shows the Kaiser Hero calling in a massive blimp that bombs a large area of the map. 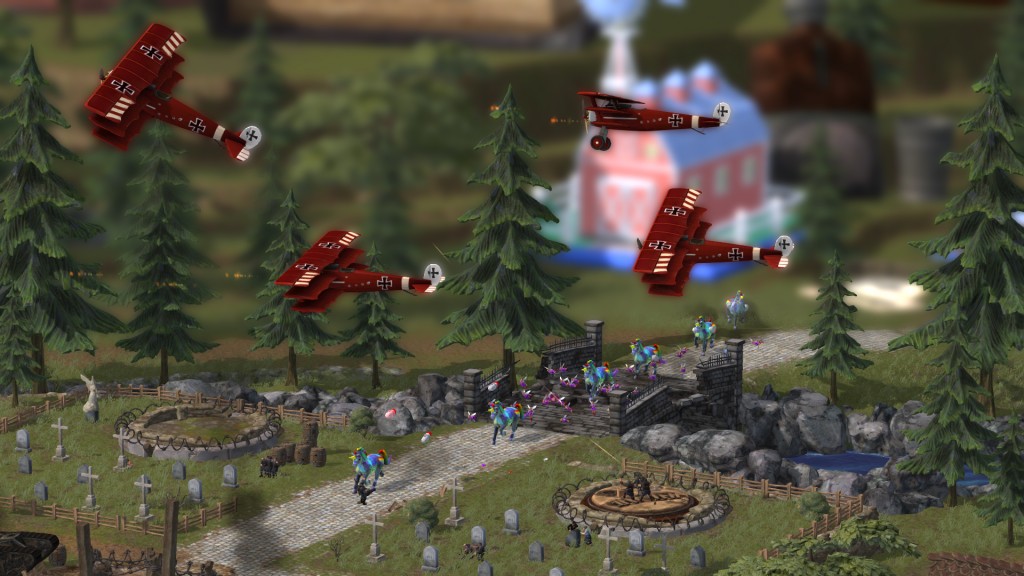 The armies that appear in Toy Soldiers War Chest are currently: