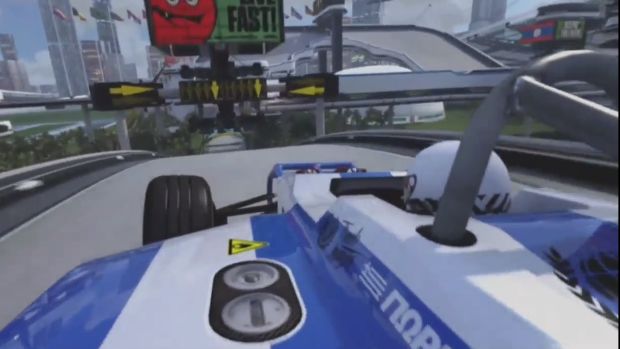 Yesterday, Ubisoft launched the open beta of Trackmania Turbo on the PS4 and Xbox One. This has given us a chance to take an early look at how the console versions are shaping up. Coincidentally, we also received our review codes for the game today so this article will briefly mention the technical parameters of the console versions instead of a full blown analysis like we usually do. Check back early next week for our head to head analysis between the PS4, Xbox One and PC versions.

The situation is similar to Trials Fusion which also had the same parameters on the console versions. Coincidentally, both games target better frame rate instead of rendering more pixels in the case of Xbox One version

As usual it must be noted that this is the beta build and things can always change at launch. Stay tuned to GamingBolt for the full technical analysis of Trackmania Turbo on PS4, Xbox One and PC soon.