Trials Fusion Runs at 1080p on PS4/PC, Day One Patch Increases Xbox One Version to 900p

Ubisoft has seemingly confirmed resolutions for the upcoming racer. 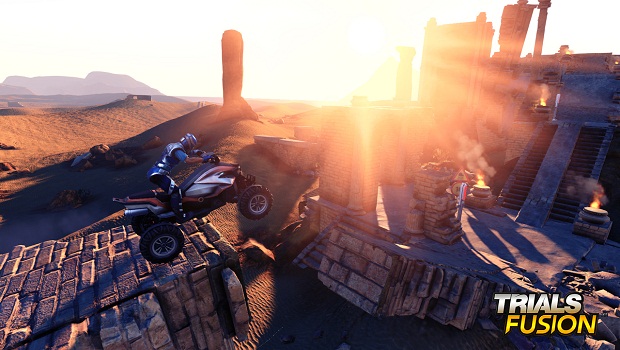 According to B-Ten, which received a mail from Ubisoft, RedLynx’s Trials Fusion will run at 1080p resolution on the PS4 and PC, with the Xbox One version running at 800p. The Xbox One version will be at 900p by the time you actually jump into the game though thanks to a day one patch which increases the resolution.

The Xbox 360 version will be running at 600p but it’s important to note that all versions will run at 60 FPS. The aforementioned day one patch will also serve to fix several issues including unsynced replays, leaderboard problems, etc.

Trials Fusion releases digitally on the PS4, Xbox One and Xbox 360 on April 16th, while the PC version is out on April 24th. The retail version for PC, PS4 and Xbox One will be out on April 17th, which is also when the Season Pass will be released. Will you be picking up Trials Fusion? Let us know in the comments.