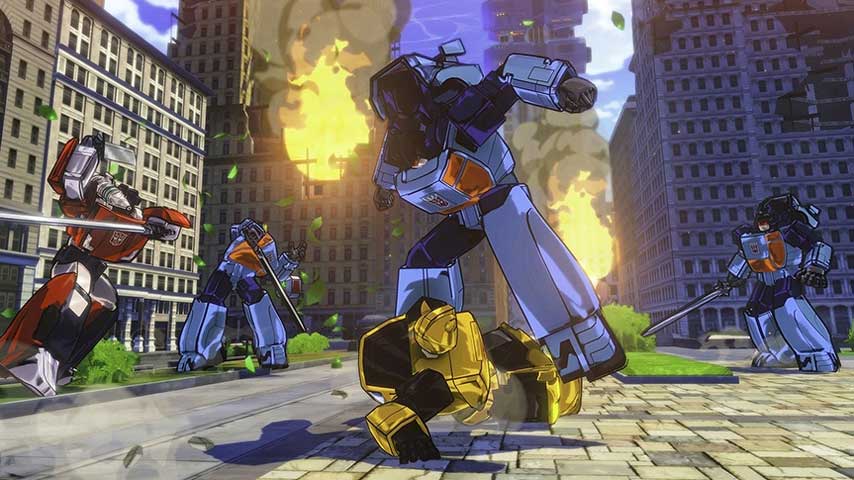 The bundle can be downloaded from Xbox Live, PlayStation Network, and over Steam. In addition to the three new skins, it also comes with three new weapons of destruction:

Transformers Devastation is available now on Xbox, PlayStation, and PC. It is the second game that Platinum have made with Activision, after last year’s inauspicious start with The Legend of Korra. Stay tuned to GamingBolt for more coverage.