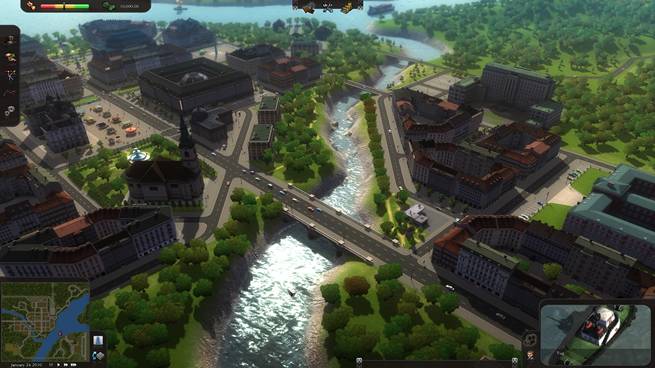 Four of Europe’s cities with unique transportation challenges are now your play things. Paradox Interactive have  announced that Cities in Motion, a mass public transportation simulator, has released today on PC with a recommended retail price of $19.99/€19.99

“We are very excited about this release as there’s been a gap in this genre since games like Traffic Giant were released and early gamer feedback seems to indicate Cities in Motion can fill that gap” said Mattias Lilja, Executive Producer for Paradox Interactive.

“At Colossal Order we’ve grown up playing transportation and management simulation games and our vision was to create a great version of the type of games we love to play ourselves” said Mariina Hallikainen, CEO and Producer at Colossal Order Ltd. “The reception so far has exceeded any hopes we had and we are very excited the game is now releasing worldwide” she continued.