Trials HD was a revolutionary game for Xbox Live when you look at the reception that game received both critically and commercially. Its sequel is aptly named as Trials Evolution and stays true to the latter half of its name. It’s a simple game where you ride a trailbike on cleverly created tracks which are mostly linear in design. 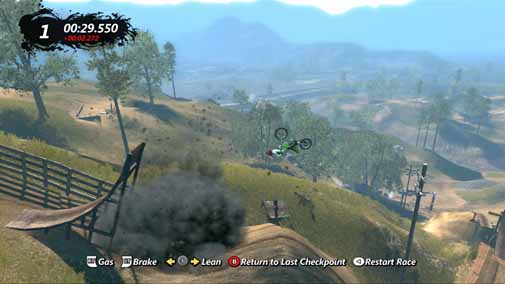 There is a reason why Trials HD was popular; it’s mostly due to its addictive nature. It also places heavy emphasis on physics and as with most games that do that, the chances of hilarity and encountering absurd scenarios are high. You may may not survive some of the big air jumps in the game or barely scrape through a devastating land on a vertical ramp and vice versa. It’s unpredictable but not entirely dependent on luck.

The game requires you to devote some time master its gameplay mechanics if you want to earn gold medals in all the events. There are three difficulty levels each with plenty of unique tracks and you can replay it any time you wish, provided you have unlocked it. If you have played the previous game then you should be familiar with how the game is set up – the basic things, other than that, Red Lynx has done a lot of improvements in this game. 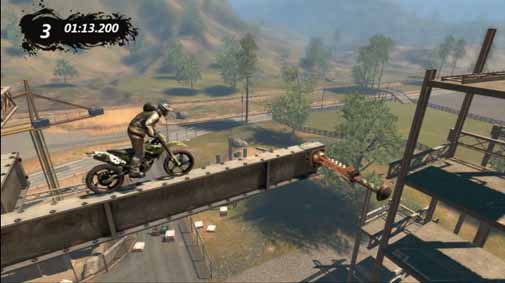 Visually the game is spectacular with the lighting the standout feature tech-wise. You will encounter tracks with different lighting conditions and they all look amazing and crisp. The only downside is the texture pop-in issues that currently plague the game, but that only happens at the start of each race or when you reload after a mistake. It’s a step-up compared to the first game when it comes to the looks, and general art direction.

You can reload as many times as you like; and you will because you will crash a lot in the game. It’s about getting the timing right which can be a tricky thing. The tracks are all great, and designed really well. Some of them are pretty easy to clear and when you hit the medium  difficulty tracks, you will find it a little hard compared to the ones before. For example, my first attempt at clearing the Gigatrack took me 23 minutes and I had to clear it in 12 with few faults for the gold medal. 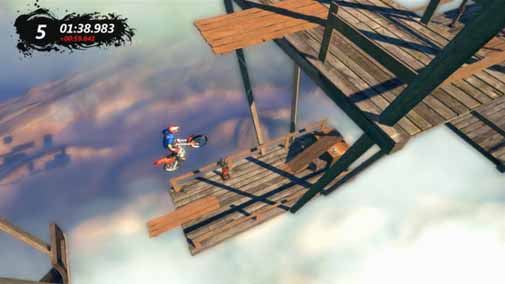 There are plenty of tracks at your disposal in the game, and this somewhat, makes it a content rich game which is unprecedented for an arcade game. Considering it costs $15, it is hard not to recommend it to people. The game is aptly title as evolution because that’s what you will see here. It’s a massive improvement over its predecessor and also features a lot of content and unlockables.

You can customize your bikes and the character after earning enough money by participating in the events. Most of them are just to increase eye candy and don’t do much to increase the performance. There are 5-6 classes of bikes available each with different power, and you can use a powerful bike to go back and gold all the easy events. 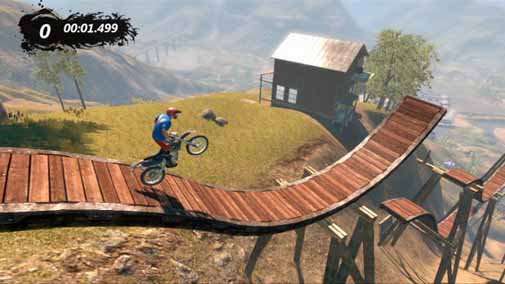 There are a bunch of license tests you have to clear before getting access to new and powerful bikes and also the specific events for that license. The physcis in the game is a little unpolished as you can witness some insanely crazy things  that no one will call realistic, but it holds up well and the developer has done justice to the excite bike physics model.

There is a fully fledged multiplayer mode as well along with an awesome track editor. This just makes the game so much valueable to people who want the best for their money. Track editor means unlimited content which you can find online because tracks are the lifeline of this game. Emphasis on user generated content is much appreciated, as it encourages the community to prolong the life of any game. 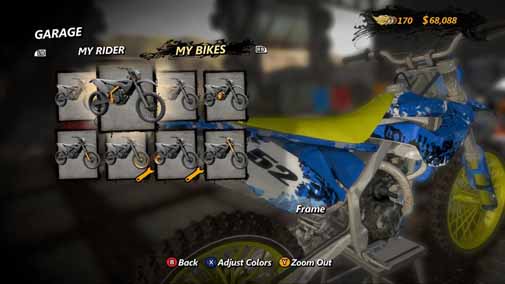 Trials Evolution is a masterpiece but with a few flaws. These flaws don’t matter in the larger scheme of things as most of the issues like texture pop-in are not game breaking. It’s been a fantastic time for Xbox 360 owners with games like Fez and The Witcher 2 hitting the platform and providing plenty of gaming goodness. Trials Evolution adds to that and provides them with a truly amazing game filled with great content.

Final Verdict:
EDITOR’S CHOICE
It's been a fantastic time for Xbox 360 owners with games like Fez and The Witcher 2 hitting the platform and providing plenty of gaming goodness. Trials Evolution adds to that and provides them with a truly amazing game filled with great content.
A copy of this game was provided by Developer/Publisher/Distributor/PR Agency for review purposes. Click here to know more about our Reviews Policy.