Check out these new screenshots from Tribes: Ascend.This game is published by TBA and is expected to be released by this year on XBOX360 and PC.

During this initial beta phase, Tribes: Ascend players will experience 4 multiplayer maps, 2 game-modes and 3 vehicles as they progress thru 12 playable classes in fast-paced, high-flying online multiplayermatches of up to 32 people. 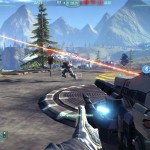 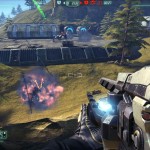