“Variety is the spice of life,” the old saying goes, and Glowfish Interactive’s colourful action-adventure title Trifox seems to be taking that to heart. Different classes and various abilities across each of them, combined with what’s looking like a flexible progression system, are promising an adventure full of variety, and so far, what we’ve seen of Trifox so far has certainly grabbed attention. Curious to learn more about the game, we recently reached out to its developers to learn more about it. You can read our conversation with Glowfish Interactive co-founder Emiel De Paepe below. 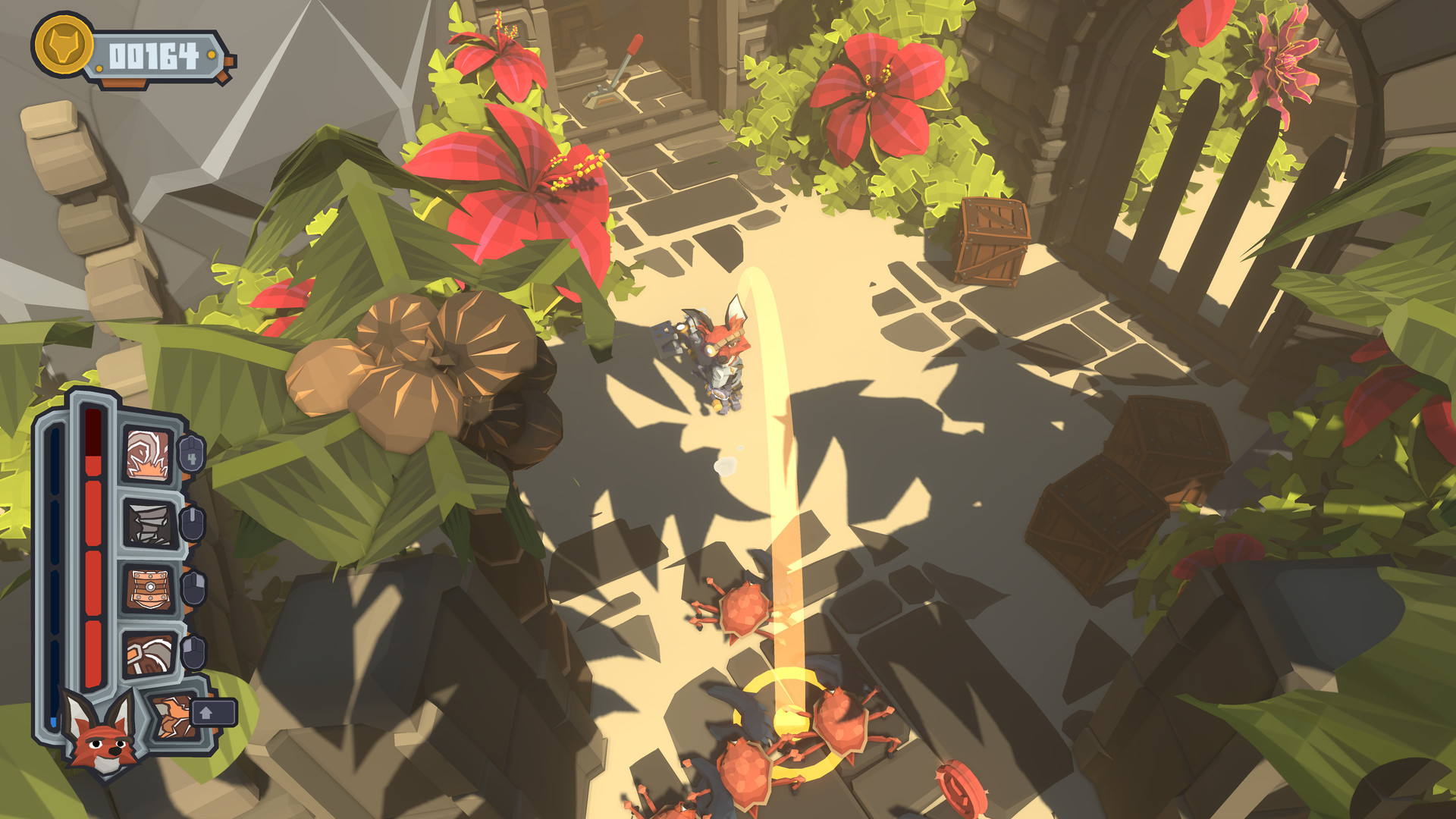 "We draw heavy inspiration from games like Crash Bandicoot, Ratchet and Clank, Jak and Daxter, Mario, and even Zelda. Our aim is to create a game that gives players a similar fun, joyful but quirky experience that brings them back to the games they loved growing up as a kid."

Trifox is billing itself as a game designed to evoke the spirit of classic 3D platformers. Can you speak more about that, and how that has influenced the game’s development?

We draw heavy inspiration from games like Crash Bandicoot, Ratchet and Clank, Jak and Daxter, Mario, and even Zelda. Our aim is to create a game that gives players a similar fun, joyful but quirky experience that brings them back to the games they loved growing up as a kid. At the same time, for younger players, Trifox offers a game that gives them a chance to experience this for the first time. In terms of gameplay Trifox of course is quite different, but it still draws quite a few small elements from these titles ranging from puzzles and interactions in the levels to ideas for abilities and enemies.

Can you talk to us about the three classes available in the game and how much they differ from each other?

The 3 classes in Trifox are: Mage, Warrior and Engineer. Each offers quite a different playstyle, giving the player opportunities to experience the game in a very different way.

The warrior as one might expect focuses on close combat and is quite mobile, offering gameplay much akin to a brawler game.

The mage is the complete opposite and offers the player ways to combine abilities for big bursts of damage from afar. On top of that the mage has a lot of different crowd control options. This class plays the most like a traditional twin-stick shooter from the three classes.

Finally, the Engineer is more built around defence and has a lot of structures that can be deployed like turrets, walls, and mines. Using the abilities offers an almost mini-tower defence experience.

In terms of being able to mix and match abilities across classes, how much freedom and variety can players expect?

The player is very free in how they approach character progression. They will choose which class to start with, this will give them a few starting abilities but from there they are completely free to go in any direction they would like. They can choose to specialise straight away in that one class and go very deep in the pool of abilities, which are divided in a few tiers. Or if they choose to, they can unlock one or even both classes they had not picked at the start early on and develop a more hybrid build. All this progression is paid for using the coins collected in the levels by defeating enemies or smashing objects in the environment. 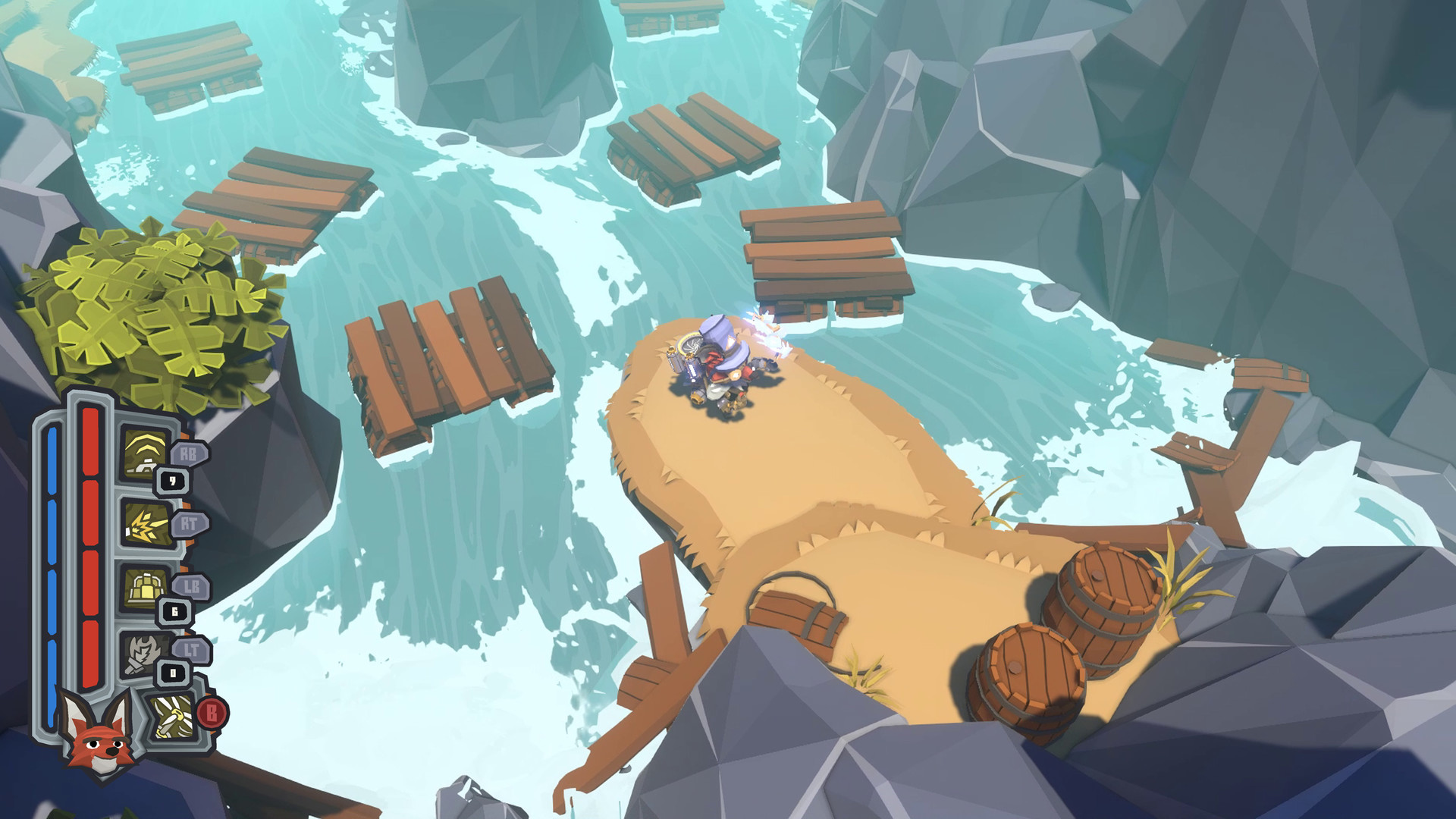 "The player is very free in how they approach character progression. They will choose which class to start with, this will give them a few starting abilities but from there they are completely free to go in any direction they would like."

Specifically where the Engineer class is concerned, what can players expect from gadgets in terms of quantity and variety?

Each class offers 10 abilities (1 movement ability and 9 combat abilities), the engineer is no exception of course. The movement ability is a helicopter that is deployed from their backpack allowing the player to briefly fly around to avoid enemies and obstacles. The combat abilities are divided in two categories: deployable structures like turrets, walls, mines, tesla coils that zap enemies with lightning and a few abilities where the player has direct control like a gatling gun or a guided missile.

Will the class one chooses and the abilities they’ve unlocked also have an impact on exploration, puzzle solving, or traversal?

As the player will be able to unlock anything in any order they like, we make sure that each level can be completed with any set of abilities. The way players will be able to tackle the different fights and puzzles will be quite different, for example if a fight requires you to defend a specific point, the engineer will go about this quite differently than the warrior. The former can deploy structures and stay close to the objective while the latter will have to engage enemies head on to keep them away from the objective.

On top of that some secret collectables are much easier to reach with a certain skill or ability.

With several abilities to unlock across three classes, does Trifox place quite a bit of emphasis on things such as progression and build variety?

Since there is quite a bit of variety in abilities, we do encourage players to try different builds. To achieve this, we make sure players will have plenty of opportunities to advance their character and never feel locked into a choice they made at the start of the game. The character progression is of course not the end all be all however but mainly a tool to allow the player to explore the game.

How much variation in design and aesthetic can players expect from each of the worlds in the game?

The worlds are vastly different in look, there are 3 main worlds: a tropical island, a Grand Canyon like desert wasteland and a cold ice mountain. But even within these worlds there is quite a bit of variety, players will explore temples, factories, caves and much more. Each level also provides different environmental obstacles to avoid and puzzles to solve. 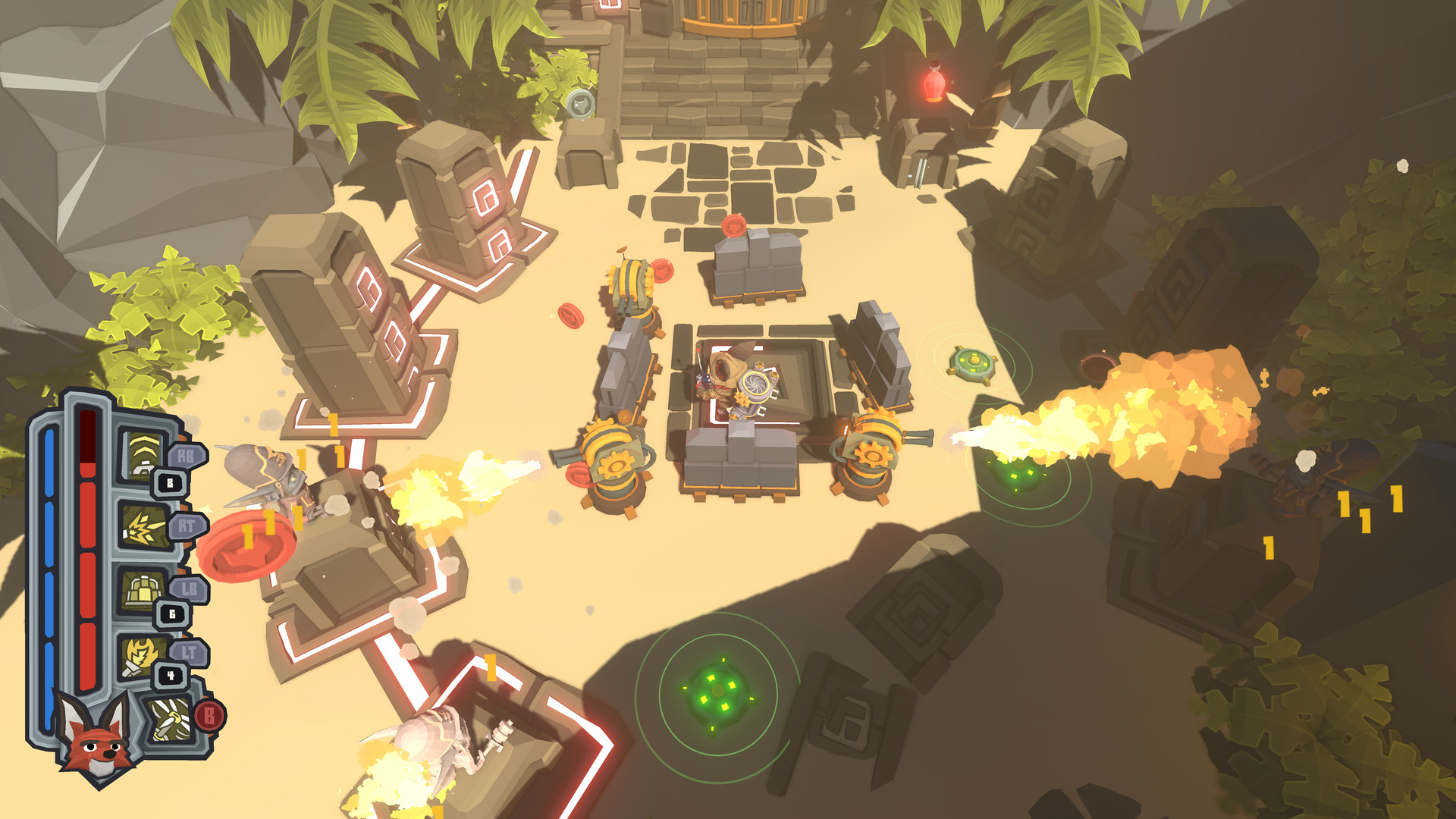 "Since there is quite a bit of variety in abilities, we do encourage players to try different builds. To achieve this, we make sure players will have plenty of opportunities to advance their character and never feel locked into a choice they made at the start of the game."

Roughly how long will an average playthrough of Trifox be?

An average playthrough should take 4-5 hours. For extra replay value there are several secrets scattered throughout the levels which the completionists among us can try to find.

Since the reveal of the PS5 and Xbox Series X’s specs, a lot of comparisons have been made between the GPU speeds of the two consoles, with the PS5 at 10.28 TFLOPS and the Xbox Series X at 12 TFLOPS – but how much of an impact on development do you think that difference will have?

We are not far enough in development to give an informed opinion on this. In general, I think it is always the case that at the initial launch of a generation of consoles games can struggle to hit target framerates, but this improves over time as developers get more experienced with the hardware.

We think it is great, this should increase performance without sacrificing image quality.