Trine 3: The Artifacts of Power Review – A New Dimension

Trine 3 is an engaging but flawed experience

The first two Trine games were, to put it very aptly, pleasant surprises. Not many people expected them to be anything too special, and yet they came in with their very own brand of charming, addictive gameplay and visual flair that made for two extremely enjoyable and tightly focused experiences. Given the success the first two games enjoyed, the fact that there would be a third Trine game down the line was kind of a given.

And sure enough, Trine 3 is here. And developers Frozenbyte aren’t resting on their laurels by any means. Rather than doing the safe and logical thing- something most developers would do in this day and age- and sticking with a tried and tested formula, they have instead chosen to incorporate some rather interesting changes in Trine 3 in order to bring a little bit of freshness to the series’ trademark gameplay. But do those changes always work?

Short answer: Sadly, no, not always. But they work enough for Trine 3 to still be an engaging, if flawed, experience. 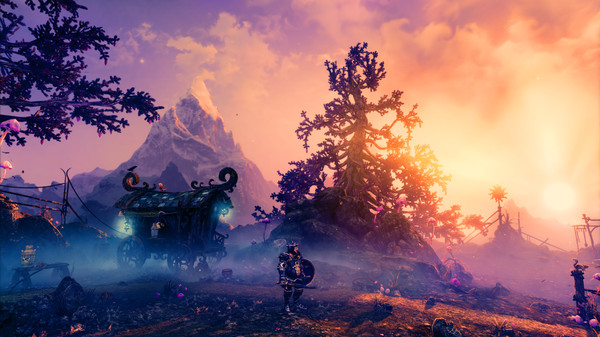 "With an extra plane of movement to take into account, there will often be instances when the pure physics based gameplay that Trine previously employed doesn’t translate perfectly well."

Trine 3 sees the return of Zoya, Pontius and Amadeus, the three playable characters from the last two entries in the series, and these characters basically occupy a class each, namely knight, thief and wizard. These classes are exactly what they sound like. The knight is like the warrior class, who acts as the main physical muscle against any and all enemies the game throws at you; the thief is a rogue who can shoot arrows and has the ability to swing across large distances using her grappling hook; the wizard uses magic- no surprises here- and can summon a magical crate whenever that might be needed for platforming or puzzle purposes.

You can switch between these characters on the fly at the tap of a button, and it is the interplay between these three characters and the abilities they posses that has always made the puzzle solving, combat and platforming in Trine so entertaining. However, Trine 3 shakes things up a little. Rather than being a side-scroller with only 2D traversable environment like before, Trine 3 lets you delve into the depths of its landscapes and locales and lends some 3-dimensional flare to its gameplay, adding depth in every sense of this work.

It’s this mechanic that keeps things fresh and new, even for veterans of the series, and it is this mechanic that, as stated above, doesn’t always work. While it makes for some interesting puzzles and platforming sections, allowing you to use a combination of abilities between your three controllable characters in more dynamic environments, the addition of the third dimension means that the game loses some of the tight focus that made the first two Trine games so good.

With an extra plane of movement to take into account, there will often be instances when the pure physics based gameplay that Trine previously employed doesn’t translate perfectly well, and it often gets frustratingly hard to line up movement and some of the finer platforming and puzzle sections the way you want them to. This isn’t game-breaking by any means, since Trine by its nature always puts you into situations that have more than just one or two solutions- it is up to you to figure out how to get past a puzzle, there is no one single answer- but it does make for some frequently frustrating gameplay moments that simply would not have existed if the game had followed the 2D side-scrolling formula that the first two Trine games followed. 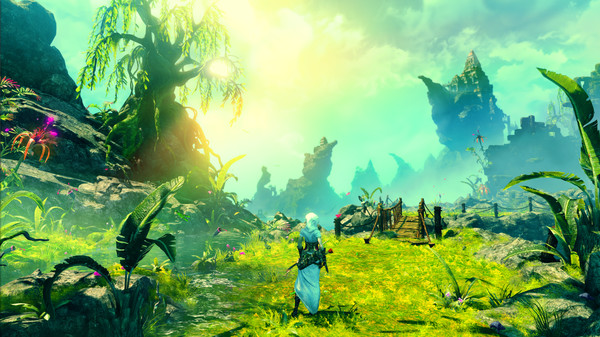 "The frustrating 3D movements aside, the levels of Trine 3 are immaculately designed- supported by a beautiful visual style that is very typical of the series."

However, the 3D does often work to the betterment of the game. Where the game loses some of the tight focus of Trine and Trine 2, it gains an unprecedented (at least for this series) level of depth and exploration, allowing you to wander into levels, which are wonderfully constructed and are far more ambitious and bigger than anything this series has attempted before.

The frustrating 3D movements aside, the levels of Trine 3 are immaculately designed- supported by a beautiful visual style that is very typical of the series. The side missions themselves aren’t nearly as enjoyable and often end up being more of a chore- though you do not always have to indulge in them- but as long as you stick to the main story, you will surely be in for a very good experience.

Trine 3 is another great game in this wonderful series. It is bold enough to try out new things, things that potentially shake up its gameplay a whole lot more than was required, maybe, but it gets points for having the courage to do so. Some of these changes may not always work, but they lend new dimensions and layers to the gameplay- quite literally. You’ll get a good five or six hours of gameplay out of Trine 3, and in the end, you’ll find that they were some very enjoyable hours.

Side missions are a hit and miss; 3D movement often leads to frustrating moments and inaccurate movement.

Final Verdict:
GOOD
Trine 3 tries new things, and while it doesn’t always hit the mark, it ultimately makes for a very enjoyable experience.
A copy of this game was provided by Developer/Publisher/Distributor/PR Agency for review purposes. Click here to know more about our Reviews Policy.