Trine 4: The Nightmare Prince Interview – Back to the Basics

Posted By Shubhankar Parijat | On 07th, Oct. 2019 Under Article, Interviews

Back during the end of the previous decade when the indie gaming scene was just beginning to explode, one of the games that stood out to a great many people was a beautiful little sidescrolling platformer-slash-puzzle title called Trine. Developers Frozenbyte would go on to improve on that game with an equally as beautiful sequel, but with the third game, they decided to experiment a bit, dropping their 2.5D sidescrolling style for a full-on 3D experience. Trine 3 was a disappointment to many fans, but with Trine 4, the series is going back to its roots.

In light of that, it’s not a surprise that so many people are looking forward to the game, and the fact that it looks so good surely helps with that as well. We recently had the chance to send across a few of our questions about Trine 4 to Frozenbyte to pick their brains about this series’ return to its roots. You can read our full interview with marketing manager Kai Tuovinen below.

"The idea was to make the fights in Trine 4 a bit more tactical than before, so fights also take place in isolated events, where the room gets filled with additional nightmare platforms and barriers."

One of the things that Trine 4 is banking on quite a bit is the improvements it’s making to the combat- can you talk about what these improvements are?

There’s lots of new enemy types in Trine 4 that take up nightmarish forms. Enemies have different abilities that you have to be mindful of as they can complicate your encounters, for example some enemies conjure immunity to others and have to be dealt with first. The idea was to make the fights in Trine 4 a bit more tactical than before, so fights also take place in isolated events, where the room gets filled with additional nightmare platforms and barriers. These make the fights more vertical and implore you to use more of the Wizard and Thief, who both have ranged capabilities and additional combat-oriented skills.  There are also many boss fights in Trine 4!

Beyond combat, what sort of improvements can players expect to see in traversal and, in turn, platforming?

Several of the abilities of the heroes, both old and new have their uses in platforming. For example, the thief’s trusted grappling hook can now be combined between two points to form a rope bridge, and her ice arrows that are making a comeback can now be used to freeze dynamic platforms.  Amadeus has an iron ball that you can roll on and overcome obstacles such as spikes or poisonous mushrooms, and he also has a blink ability that allows him to teleport short distances.  Pontius gets a charge, kite shield and can stomp heavy objects on see-saws and use the counterweight momentum to hurl himself and others high up in the air.

Many of the other new abilities are essential for puzzle solving but also come in handy in platforming situations.

Trine 4 is promising an impressive multiplayer experience, but for those who’re looking for a solo experience, there are some questions- for instance, is the game designed primarily around co-op play? Or are solo and co-op both equally viable ways of playing Trine 4?

Both solo and co-op are equally viable ways of playing Trine 4. One of the things that is really unique in Trine 4 is that we’ve designed a lot of the puzzles to have co-op variants, especially if you play the game in Unlimited Mode (where you can have any combo of the three characters, with up to four players). So essentially, you have different puzzle variations when playing solo and when you play in co-op, and that gives you a ton of replay value.

The single player experience is also one where you can take your time to really explore all the levels in peace, and enjoy the story elements with your full attention without being interrupted by others. 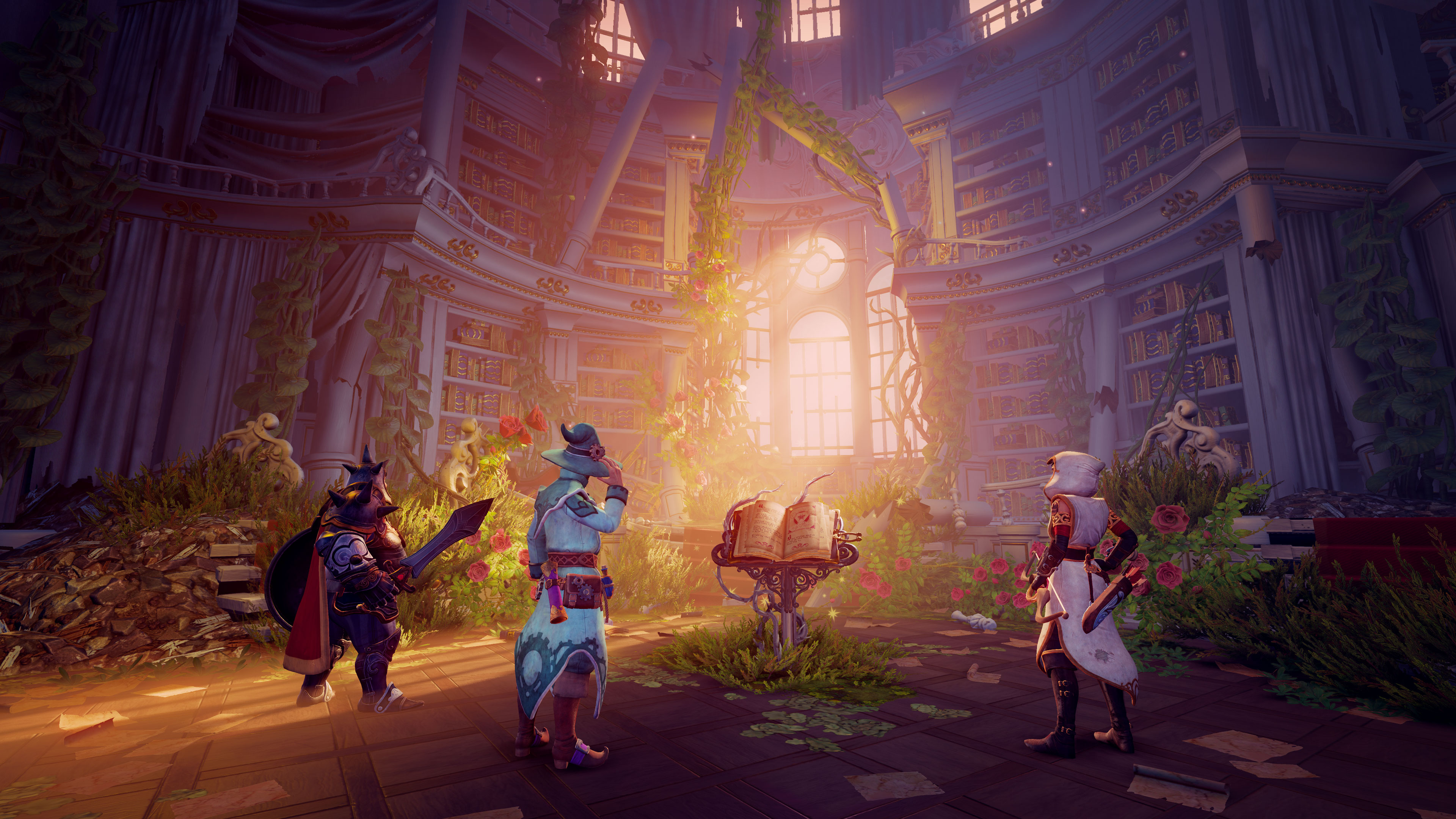 "Going back to the 2.5D style we had in Trine and Trine 2 was the way we felt we could make the best Trine game possible."

Can you talk about the progression mechanics in Trine 4, in terms of upgrades and skills and the like?

The skill trees have made a return in Trine 4 and there are tons of upgrades available for each character, some familiar from previous instalments in the series, and many new ones as well.  We’ve made some changes to experience gathering and the upgrade system. Some skills you’ll get automatically by progressing in the game and defeating the monsters you’re facing, and these skills will be essential for the puzzles ahead.

The experience vials you see scattered in the levels are used for upgrades that are not necessary, but improve your characters especially in combat and help you with fun puzzle solution options.

What led to the decision to switch back to the style of the first two games?

Going back to the 2.5D style we had in Trine and Trine 2 was the way we felt we could make the best Trine game possible. It was what the fans had been asking us to do, and what we felt made the most sense for the defining skills of the characters and puzzle designs, and we knew it was the best way for us to create a full game with a great story! It was pretty clear that the sidescrolling style would be the way to move the series forward again.

Is this the direction you see the series being headed in from here on out, or do you think there’s still room for experimentation similar to what you did in Trine 4?

For now we’re focusing on Trine 4 fully and this is the direction we’re headed to.  We haven’t had any talks about going back to any 3D experiments, as we learned some lessons from Trine 3. That said, it’s not good to become complacent for too long and we’re always exploring new things with our games, so we’ll see how it goes in the future.

About how long will an average playthrough of Trine 4 be?

Trine 4 is the longest Trine game we’ve ever made with 18 levels in total. It takes around maybe roughly 12h to play through once.  Revisiting in Unlimited Mode co-op will easily get you many hours more with the changed puzzles, and the play-through estimates always depend a lot on previous experience and the play style of the players.

We’re looking into it and other new platforms, but can’t confirm anything at this point. 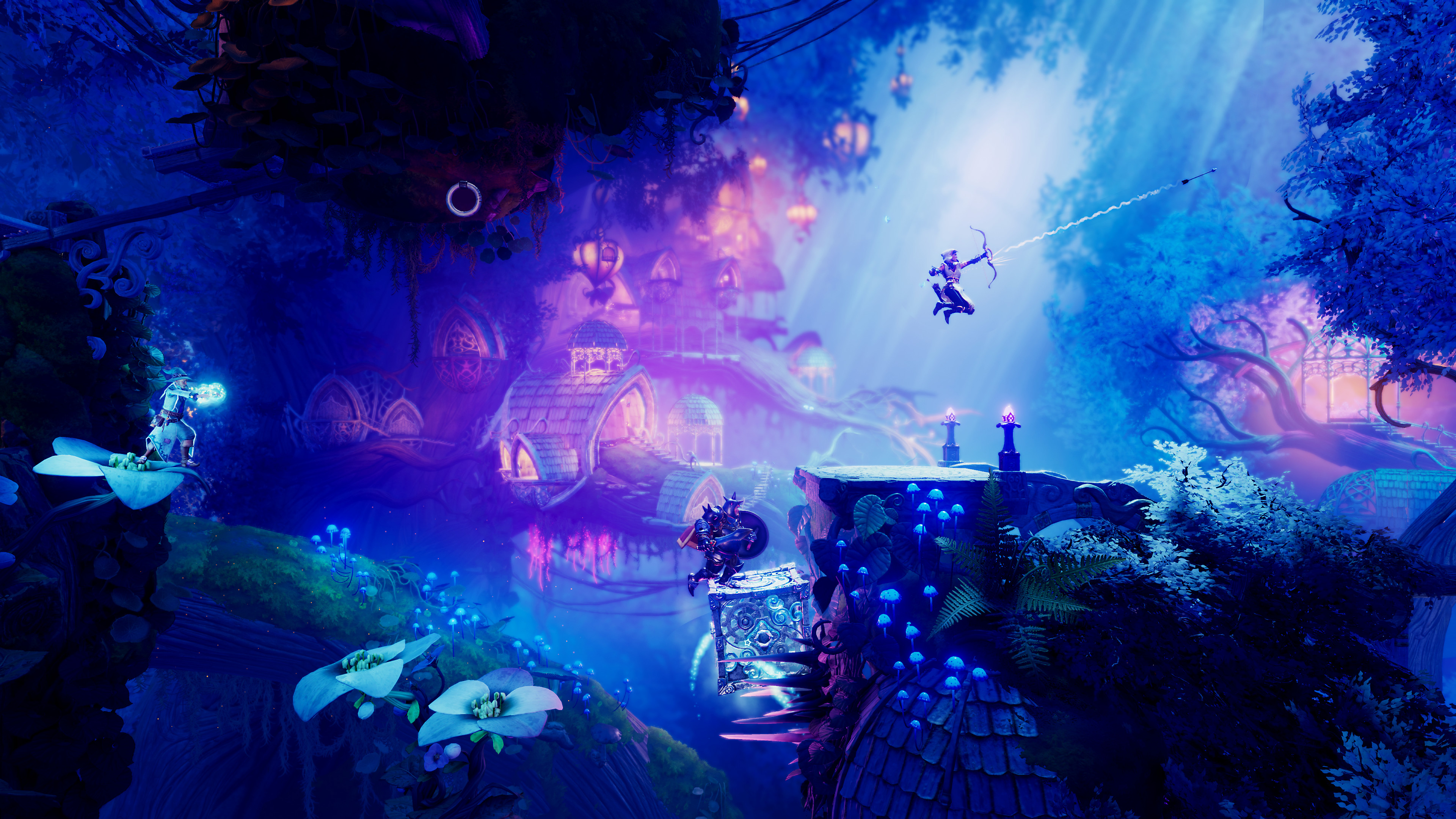 "The resolution is dynamic on Xbox One X and is a lot higher than on Xbox One with 60fps, but doesn’t necessarily reach all the way up to 4k."

The resolution is dynamic on Xbox One X and is a lot higher than on Xbox One with 60fps, but doesn’t necessarily reach all the way up to 4k. It looks very very good though!

PS4 Pro is 1080p/60fps like the regular PS4, we did not have the chance to do any separate enhancements for launch, but we aim to support Trine 4 with future updates so we’ll take another look at PS4 Pro shortly after.

Both Xbox One and PS4 are 1080p/60fps, with dynamic resolution scaling, so some times it goes a bit below 1080p in very action-packed or highly detailed scenes, to keep the fps running at a smooth 60.

Speaking on a general level, game loading times is an area that will benefit from having an SSD. Depending on the type of game and the amount of data, the difference can be huge. For us it’s perhaps not as big of a change than some other games, we’ve managed to make the loading times in e.g. Trine 4 quite ok – but of course, nobody likes waiting, so every second saved is great!

Everybody likes a faster CPU as that helps with every aspect of game development and game performance. All basic features of a game are dependent on the CPU, so a better CPU means more resources available for things like general gameplay, AI, and pathfinding, etc. 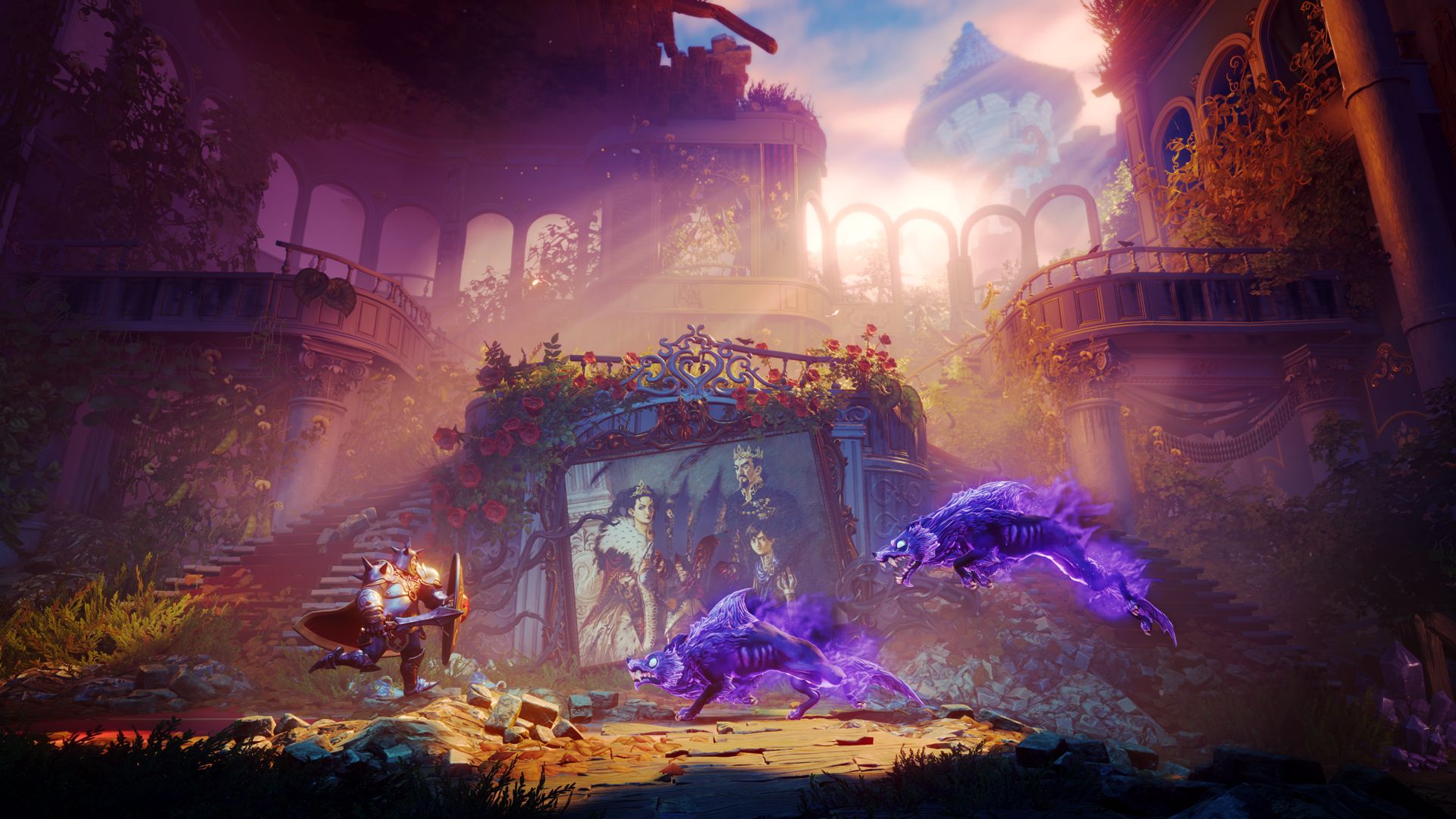 "We at Frozenbyte have developed games for 15 years now so our library of games is getting quite big, so having some of them available for a new console straight out of the gate would be great."

I imagine it will help performance in general but other than that this is too technical for me I’m afraid. Ask me again in a year and I’m sure I’ll be a lot wiser after having discussed this with our programmers and other people!

Backwards compatibility is always great because it means there’s a ton of great games to play on a new console right from the start. It’s also very nice especially now with next-gen because many current generation games have specific enhancements made for the faster variants like PS4 Pro and Xbox One X, so new consoles will probably be able to use those enhancements too as-is.

We at Frozenbyte have developed games for 15 years now so our library of games is getting quite big, so having some of them available for a new console straight out of the gate would be great.