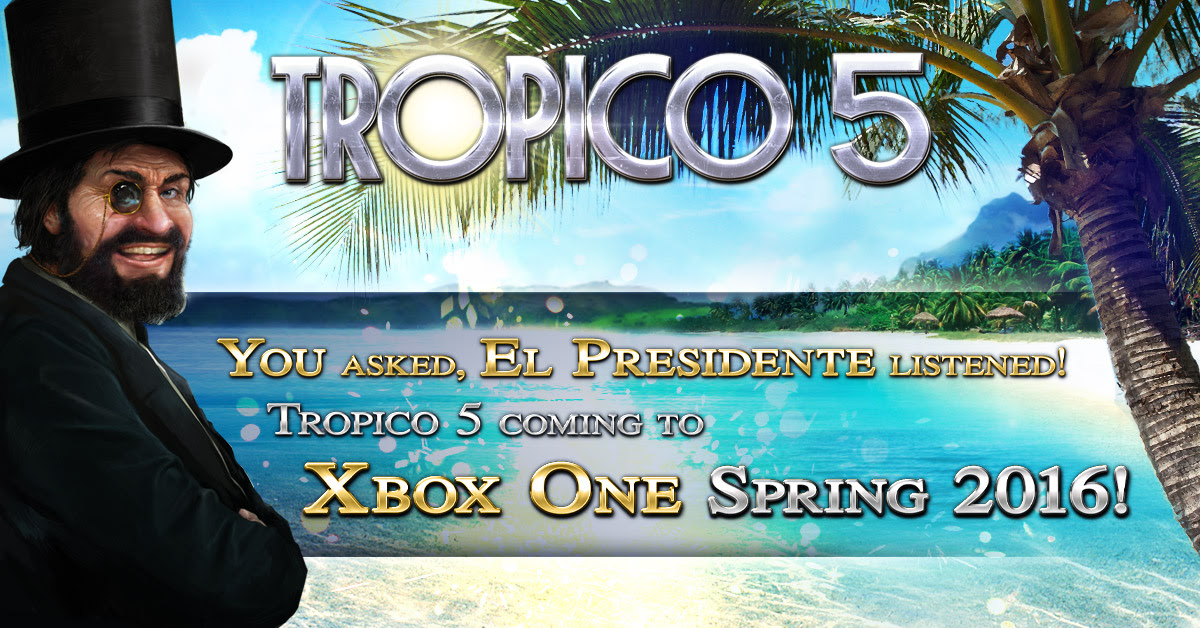 The tropical city builder sim, Tropico 5, will be coming over to the Xbox One in Spring 2016; so far, the game has been released on the PC (naturally), in addition to the PlayStation 4 and Microsoft’s own Xbox 360. This will mark its debut on Microsoft’s next generation console.

To make up for the delayed launch, the developer has promised extra exclusive content for the Xbox One version. Tropico 5 Xbox One Edition will contain the full version of the game plus  the ‘Bayo del Ofato’, ‘Big Cheese’, ‘Mad World’, ‘Generalissimo’ and ‘Joint Venture’ add-ons, the first expansion pack ‘Waterborne’ and five new, exclusive Xbox One sandbox maps as well as a new controller-optimized user interface and of course Xbox Live Achievements.

Tropico 5 marks the fifth outing for the tropical city building series, which lets you play as a quirky overlord dictator of a city. You can check it out now on PS4, Xbox 360, and PC. Stay tuned to GamingBolt for more coverage of the Xbox One version as well.