Lyubomir Iliev on why Tropico 5 is the best game in the series yet.

You wouldn’t think Tropico is one of the most twisted, chaotic and yet bombastic gaming franchises of all time – what will all the resource management and city building – but you’d be wrong. This is further cemented by the series’ resurgence in Tropico 5, developed by Haemimont Games. El Presidente is large and still very much in charge but Haemimont has cooked up plenty of ways to make this banana republic excursion one of the best – and most scarring – in recent memory. It’s also the first Tropico title to head to next gen consoles, with a PS4 release planned.

GamingBolt spoke to game designer Lyubomir Iliev about various aspects of the design and visuals, along with the length of the game. How will the ability to hire Presidente’s family figure into dealings? How does the game differ from its predecessor? Also, friggin’ zeppelins? Find out everything below.

Rashid Sayed: Tropico 4 was criticized for being too similar to its predecessors. How are you addressing this complaint in Tropico 5? Have you made any changes or provided any new tools to the core building mechanic?

Lyubomir Iliev: Although El Presidente is convinced that Tropico 4 was perfect in every way imaginable, we thought it was time to make it even better and re-created the whole of Tropico anew.

We reworked each and every one of the core mechanics. Our primary design goals are to give the player more impact on the game world and to make the gameplay more exciting, dynamic and varied. And to troll the player a bit, but that’s a given for the Tropico series. The building art is entirely new for all nearly 100 buildings and even the way they are placed on the map has been changed. In Tropico 5 you can create more realistic and larger cities that in its predecessors. Lastly, a ton of new mechanics like trade, research, and the Constitution complement the gameplay known to Tropico veterans and add new layers of complexity. 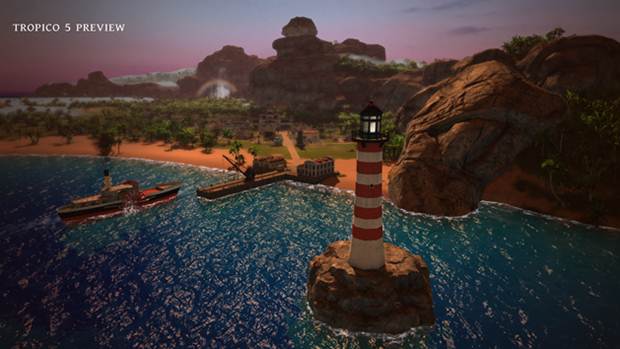 "Multiplayer diplomacy allows the players to share resources, construction workers, and electricity. Additionally, they are able to help each other with cash. Finally, players are able to compete and even proclaim wars to each other."

Rashid Sayed: Tropico 5 will be the first game in the series that will allow four player co-operative gameplay elements. Can you please let us know how this will work? Furthermore, are you including extra tools specifically for this mode so there is no lack of co-ordination between the players?

Lyubomir Iliev: Yes, multiplayer diplomacy allows the players to share resources, construction workers, and electricity. Additionally, they are able to help each other with cash. Finally, players are able to compete and even proclaim wars to each other.

Rashid Sayed: What can you tell us about the different challenges that will appear across multiple eras i.e. from 19th century to the 20th?

Lyubomir Iliev: Each era has its own unique challenges. During the Colonial era, you will have to please the Crown in order to remain in power and look for ways to extend your ever-dwindling mandate, while planting the seeds of the revolution.

During the World Wars era, Tropico is will have to navigate through a divided world between the Axis and the Allies. Every mistake may turn into a violent conflict. Also, you face new threats like elections and rebels that were not present during Colonial times. The Cold War divides the world in a new way. The threats are more subversive and the superpowers often resort to clandestine actions in their incessant race for influence. Also tourism becomes available in this era.

The Modern era offers all the challenges of a globalized world. New powers and internal factions rise on the diplomatic scene with their own demands and visions for Tropico. It is worth noting that old buildings, like plantations from the Colonial Era will never become obsolete and are still available all the way up to Modern Times.

Rashid Sayed: What kind of graphical options are you providing in the PC version of Tropico 5?

Lyubomir Iliev: Tropico has never looked prettier. Waves on the beaches make your islands beautiful. The new building and environment art is specifically designed to bring joy to all of your senses and immerse in you in the world of Tropico…OR ELSE! We will try to match the same level of detail on the PS4. 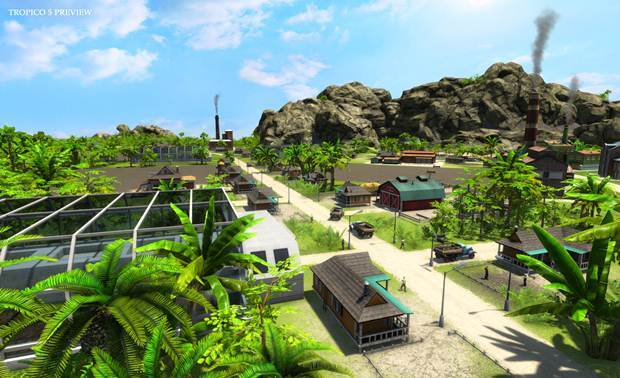 "The trade has been upgraded to feature new options like trading with a friendly superpower for better prices, or trading at worse prices to make the superpower friendlier. Additional factors like the distance to the superpower, and how many ships operate the trade route have to be taken into account."

Rashid Sayed: Tell us a bit about the campaign mode. How long will it last and how many missions will it feature?

Lyubomir Iliev: The campaign features 15 missions full of drama, cutthroat politics, suspense, pirates, modern major-generals, time travel, minions, interns, at least one Zeppelin and the Swiss lottery. It will last 15-20 hours but the psychological trauma will last you a lifetime.

Rashid Sayed: Besides the campaign mode, how are you making sure to keep players involved with Tropico 5?

Lyubomir Iliev: The Tropico series always offer amazing sandbox opportunities. The only thing missing until now, was the more customized content of missions, the special tasks and random events chaining into each other. We created a lot of such content for Sandbox to ensure the opportunities and challenges before you are different every time.

For example, during the Colonial era the Crown will have different demands from you, depending on the whims of the King. If you disregard them, the King may cut your mandate short which may cost you the game. On the other hand the Revolutionaries will want you to fight the Crown and their oppression, but may have different ideas about Tropico’s path to independence in each game.

Rashid Sayed: Tropico 5 will have a revamped renovation, trading, exploration, natural disasters, research system. Can you please describe the changes that you have done in those departments?

Lyubomir Iliev: You can import and export all resources in the game and with dedication you can base your economy almost entirely on trade. The trade has been upgraded to feature new options like trading with a friendly superpower for better prices, or trading at worse prices to make the superpower friendlier. Additional factors like the distance to the superpower, and how many ships operate the trade route have to be taken into account.

As for the exploration – since the Colonial era you are able to use your military squads during times of peace to explore the riches of your island. Later on you can research a technology that reveals your whole island.

For the first time, cookie DLCs not being counted, we’ve added a research system in Tropico. Now you are able to research important technologies like the shovel and even the wheel! Since your advisor Penultimo is in charge of the research initiative, you may be certain the new discoveries will be just as useful, innovative and brilliant as he is.