Real Time Strategy at it’s finest, an experience of it’s own.

Posted By Kurtis Simpson | On 23rd, May. 2014 Under Article, Reviews | Follow This Author @DanteandSpardaX

Tropico 5 is best described as a Dictator simulator, it requires patience, dedication, and for the player to pay constant attention to what’s going on within the game. With that being said the learning curve for such a game is quite steep, for those not familiar with how RTS games play out. What Tropico 5 does fairly well is easing players in through a tutorial mode, which I highly recommend.

The basic premise of Tropico 5 has you as the player arrive on an island and assume the role of El Presidente. Through Dynasty rights, dictatorship, and family connections, it’s up to you to take control, build a republic, put people to work, and maintain what you have. The amount of depth that the game actually contains borders the impossible,  that cannot be summed up in a single sentence. 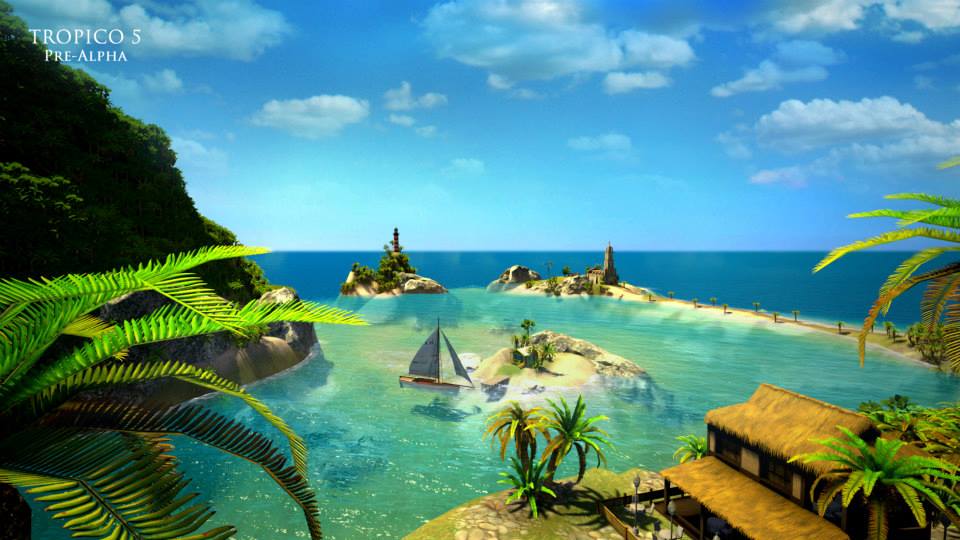 Before entering the game you’re presented with a character customization screen that serves as a way of identity. Both male and female genders are available and should be a norm within all games at this point. With a fair selection of race, facial features, hats and clothing, as well as preset configurations available, there’s enough for the player to be satisfied with. The game doesn’t go overboard with the amount of items and clothing available to you, but it doesn’t feel underwhelming neither.

Starting off as nothing but a barren wasteland of hills, grass, and a tropical scenery of birds, beaches, and unemployed islanders, it’s not long before you’re appointing leaders, and factions, to help you get started in your rise to power. During the first section/ introduction of the campaign mode, things play out fairly simply. Although the element of choice is forever present you’ll spend most of this section seeking advice and instructions from your advisers, on how to get the island up and running, putting people to work, and setting up fields and plantations. Like I said choice is always there, but you would be wise to take notice in what your certain figures in the game tell you, in order to progress through the game.

A major focus of the game is the island’s resources. Without resources you can’t build anything, and if you can’t build anything people can’t work, and therefore the island seeks no profit. Along with harnessing, resources, producing crops and the like, as you move further into the game the exporting and importing of goods from outer sources begin to play an important role to welfare of your people and your reputation. 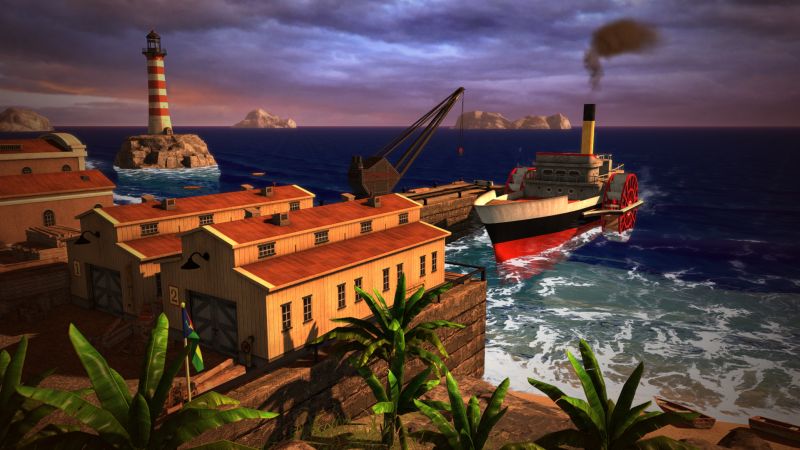 "The decisions that the player chooses to make and involve themselves with, always has the probability of backfiring as much as it could open up new doors for better results. Paying attention to your citizen's needs and requirements will always have an effect on your gameplay."

Trading with other countries and outer sources work dynamically in that they can have both a beneficial and negative role on how the communities and surrounding parties perceive you. The dynamic and ever changing nature of the game plays a huge role in how you make decisions, as well as adapting to what becomes available to you as time progresses. Therefore critical thinking and planning ahead whenever you can is something to be aware of.

The decisions that the player chooses to make and involve themselves with, always has the probability of backfiring as much as it could open up new doors for better results. Paying attention to your citizen’s needs and requirements will always have an effect on your gameplay. Not only does your decision making have an effect your public perception but also to that of more important figures.

Political figures and the stance in which known establishments take and judge your choices further impact what you do next. For instance, the construction of educational buildings and libraries prove beneficial in the progress of all your citizens, but more so to some than others. Each set of factions on your island have their own motivations and needs that can play out well for them, but not always for others. The investment in buildings and jobs that may please scientists and advance technology make work out well in those aspects. 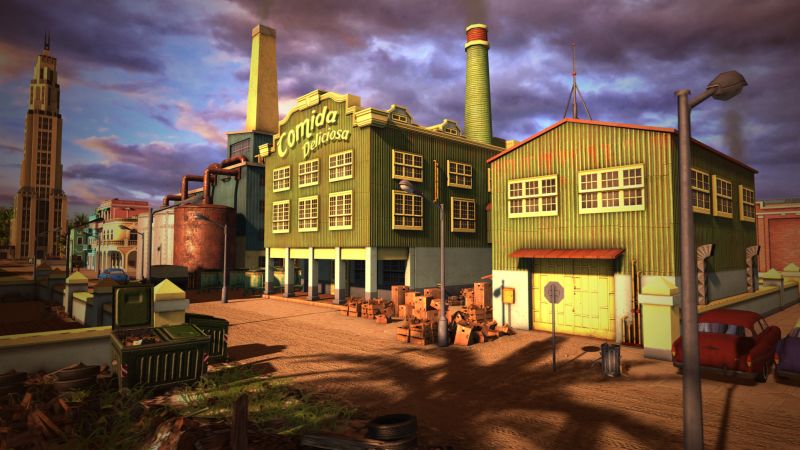 "The detail level of the city in which you build as well as the grassy plains and hills of undeveloped sections of the island, all present themselves to a very high standard. Buildings are intricately detailed and modeled, and the constant movement and the busy nature of the city all look marvelous in motion."

There’s a real sense of balance and trying to please people without the degradation of your reputation amongst others. As much as you feel in control of what goes on within your land and the community, there’s also a slight feeling of threat and responsibility lingering over your shoulder. This doesn’t by any means feel un-enjoyable, it’s part of the experience as you reap the rewards and the feeling of accomplishment through your progression.

As the game takes place during the early colonial period and advances onwards right up to the Mid-21st, you’ll find that the way in which the people and technology available to you, will evolve to keep up with the times. It’s important for the player to bring about new resources, re-invent themselves, and invest  in structures, to  keep up with what’s going on during that current era. Oil refinery’s, steel mills, museums and the like gradually become available to you as time goes on, and the decision making of certain things in the game may  hold beneficial purposes in the future.

This also paints the way for new forms of employment and the overall standing of how you run your city. As you would have no doubt already guessed gameplay is the core focus of Tropico 5, but this isn’t to say the game pulls a curtain over it’s visuals and wasn’t considered an important factor. Tropico 5 is by no means a slouch in the visual department. As you’ll notice right from the start of the game is the sheer finesse of vibrant and bold colours that game makes use of in order to keep in theme with the tropical setting of it’s world.

The detail level of the city in which you build as well as the grassy plains and hills of undeveloped sections of the island, all present themselves to a very high standard. Buildings are intricately detailed and modeled, and the constant movement and the busy nature of the city all look marvelous  in motion. With preset graphical settings of low, medium, and high, along with a custom set of sliders for the player to tweak at. The game scales well across a good number of configurations, and impresses fairly well when running at it’s maximum settings. 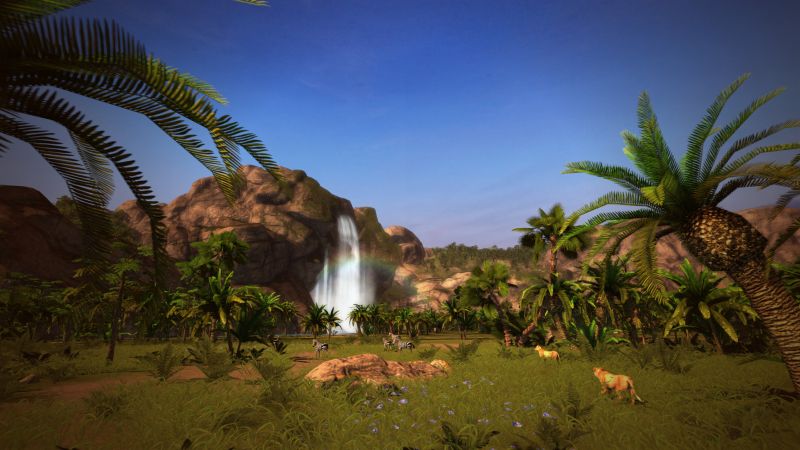 "With the immense number of hours that the campaign mode holds by itself, along with a custom sandbox mode for the player to fool around in without effecting the main game's progression, there's plenty to do and discover that adds to re-playability."

My only real problem with the game however lays within it’s control scheme. As the player is free to set up hot-keys for more or less anything in the game, whether that be the renovation of colleges and factories or the construction of clinics, farms and supermarkets.

There’s nothing to leave your keyboard running dry. But as the default setup for navigating the map is rooted to the arrow keys at the right side of the keyboard, it would have been much more helpful and served an ease of use, had it been possible to rebind it to WASD. While I appreciate the hot-keys being available for everything else in the game I found it far more simpler and interactive, just to click and choose whatever it is I’m working with, by the means of the mouse. Nevertheless it’s appreciated.

With the immense number of hours that the campaign mode holds by itself, along with a custom sandbox mode for the player to fool around in without effecting the main game’s progression, there’s plenty to do and discover that adds to re-playability. Should the player wish to engage with others, a competitive and cooperative online mode is there for the them to build, argue, compete, and progress with together.

Time consumption and dedication are all that the game requires should you be willing to invest in it. The rewards you reap from the sense of progression and enjoyment can’t be measured nor spoken off within a single review. Tropico 5 is something to be experienced first hand, and newcomers as well as returning veterans will enjoy it all the same.

A learning curve that pays off and hours of gameplay to keep you going afterwards.

Small problems regarding the keyboard configuration and instances of slow-paced gameplay that take require guidance.

Tropico 5 will inevitably keep you going and the dynamic nature of it's gameplay will keep you on your toes. Along with gorgeous graphics and a quirky charm Tropico 5 is a must have for RTS fans.

A copy of this game was provided by developer/publisher for review purposes. Click here to know more about our Reviews Policy.
Tagged With: Haemimont Games, Kalypso Media, pc, Tropico 5