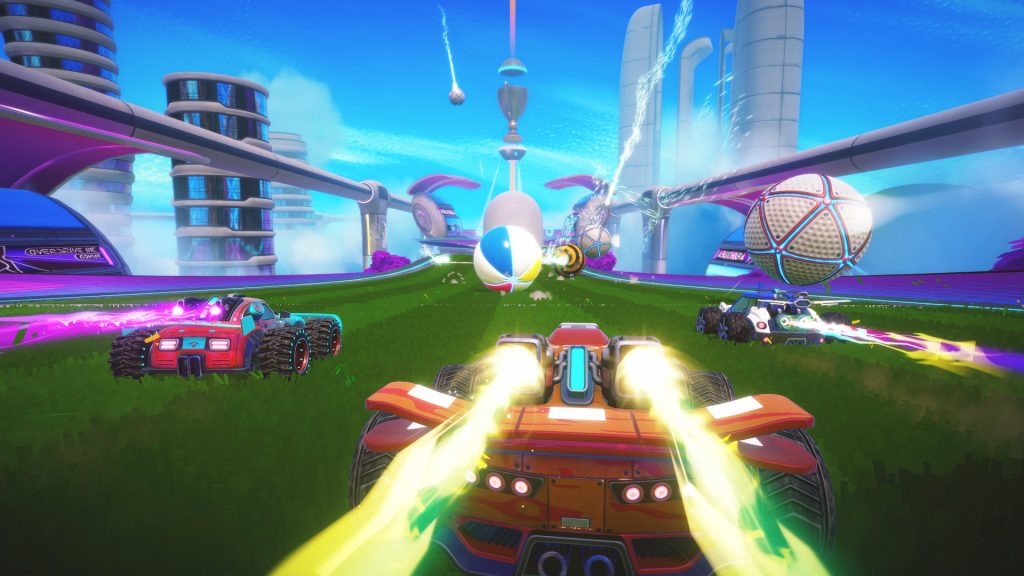 The Future Games Show has always shed some due light on promising indies, and this year’s Spring 2022 showcase is no different. Turbo Golf Racing is a similarly promising game that was revealed during the event – check out the video down below.

Developed by Hugecalf Studios, this eight-player multiplayer game looks to be a fun blend of Rocket League and golf. Players will be using their rocket-propelled cars to try and ram oversized golf balls into a goal in as few shots as possible. While you could ram it all the way in by yourself, some maps also include specific checkpoints that will direct the ball to the goal.

Additionally, there’s also a big focus on customization – and players will have access to a ton of cosmetic items to use with their cars alongside regular updates on the matter. Turbo Golf Racing doesn’t have a release date at this point in time, but the game will be releasing on Xbox One, Xbox Series X/S, and PC with launch day availability on Xbox Game Pass.