Coulrophobia is no laughing matter… except for the developers who love to take advantage of our fear of clowns. From Adam the chainsaw-wielding psycho in Dead Rising to the maniacal Joker in Batman: Arkham Asylum or those infernal zombie versions in Left 4 Dead 2, you’re generally advised not to mess with the grinning red-nosed circus freaks. 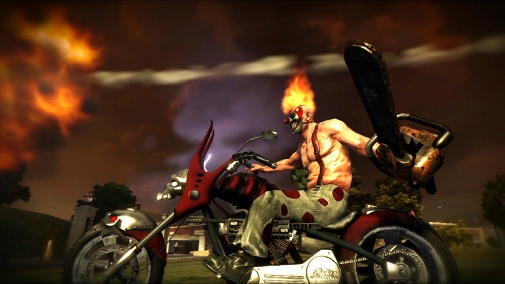 Sweet Tooth is back… and he wants revenge

Those of a more nervous disposition should beware then, as arguably the most evil clown in modern gaming has returned. Sweet Tooth – the flaming-haired cover star of the Twisted Metal series – once again takes centre stage in this addition to the PS3 catalogue.

The latest offering from Sony and developer Eat Sleep Play is a game full of car-nage; a combat game that’s all kinds of sinister, using various weapon-laden vehicles to kill rivals and wreak havoc.

There’s plenty to keep you busy too; there’s a campaign and online mode, with split screen options and the capacity for up to 16 players to thrash it out online.

Once again, creators David Jaffe and Scott Campbell take us to a world of the Twisted Metal tournament. It’s a welcome return for the PlayStation’s longest-running series; it’s been around even longer than Gran Turismo, and dates back to 1995! 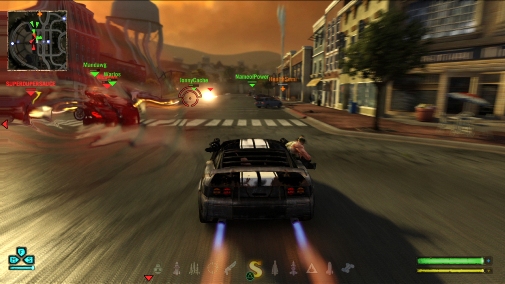 Oh, and it’s thoroughly insane, much like the oxymoron that is Sweet Tooth – the killer clown with an affable name – who once again takes the controls of his souped-up ice cream truck as he looks for revenge. He’s one of the three playable characters in the main campaign who take part in a contest run by kingpin Calypso. Whoever wins gets whatever prize they desire… but first they each have to conquer various challenges and bosses.

None of the characters are remotely likeable but each is desperate to win the contest. Sweet Tooth wants to kill the only person to ever escape his clutches, ex-stuntman Mr Grimm yearns to save his father, and tempera-MENTAL model Krista Sparks – aka Dollface – wants to model again after she’s disfigured. Calypso can grant them their wishes if they emerge victorious.

There have been plenty of car-based combat games over the years such as Carmageddon, Roadkill and Blood Drive – but in my view, Twisted Metal takes pole position as the darkest and most enjoyable of the lot. It’s a perfect blend of humour and gruesomeness. It’s fun but disturbing in equal measure.

Besides the solo player campaign – which, to be fair is tough as nails and has a storyline that’s largely unfathomable, there are also various multiplayer game modes on offer. Whether you’re chasing the highest score in Death Match or trying not to lose all your lives in Last Man Standing there is plenty of replayability and it’s great fun. Hunted mode is absolutely manic – with one player (the prey) chased by everyone else until the bitter end. Finally, Nuke is a take on the traditional Capture the Flag games but with a sublimely evil slant, as you’d expect. Chase down a member of the opposing team, attach them to a missile and fire them into your enemy’s statue to win! Gaining XP unlocks new cars and weapons. 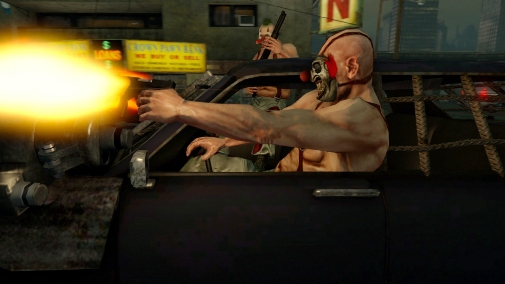 Kill or be killed

The latest edition boasts 30 arenas spread across eight maps. Pretty much everything can be driven through and destroyed, run over and wrecked. There are loads of cars on offer, new weapons and the varied maps that don’t feel remotely crammed even when loads of players are battling it out. 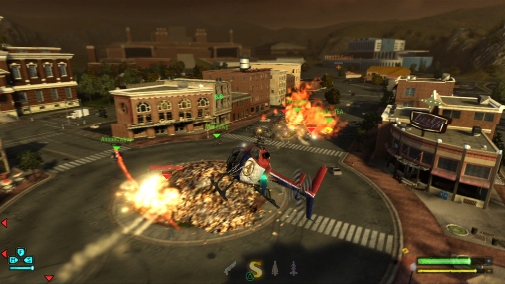 Bored of road rage, then take to the skies!

Now it’s a great game but by far my biggest gripe was the controls, which certainly affected my enjoyment from the start. You’ll initially think it’s just a simple case of holding an accelerate and brake button, firing your arsenal of weapons and steering clear of obstacles and incoming bullets… however, you quickly realise that to fully appreciate the various abilities, boosts and intricacies of the cars, you need to have incredibly dexterous fingers. It didn’t take too long to become second nature but it’s certainly not a case of being able to dive in and compete straight away, which is a real shame.

Overall, however, it looks great, sounds great and there’s plenty of macabre fun to be had!

Looks good, sounds great and there are plenty of inventive vehicles and weapons to keep you happy. The campaign, although short, is decent but online is where the fun really is

The controls are nightmarish to comprehend at the start so you need to persevere. Plot is difficult to follow. Characters are unlikable - although that's kind of the point!

Final Verdict:
SUPERB
The biggest, baddest and bloodiest driving game around makes a comeback and it's every inch as gruesome as you'd expect
A copy of this game was provided by Developer/Publisher/Distributor/PR Agency for review purposes. Click here to know more about our Reviews Policy.