“The Tyranny of King Washington”

Ubisoft has announced a new (and the first ever) DLC for the upcoming Assassin’s Creed 3, and it’s titled The Tyranny of the King Washington. Going against series traditions, this DLC will take us into a bit of alternate history, and will show one of the founding fathers of America, Goerge Washington, becoming the king of U.S.A. after the revolution ends.

“As the revolution comes to a close, a new and most unexpected enemy emerges,” Ubisoft explains in its press release. “Driven by the desire to secure the fate of the colonies, the greatest hero of the revolution, George Washington, succumbs to the temptation of infinite power. The new King is born and his reign leaves no one untouched. To return freedom to the land our new hero must dethrone a tyrant he once called friend.” 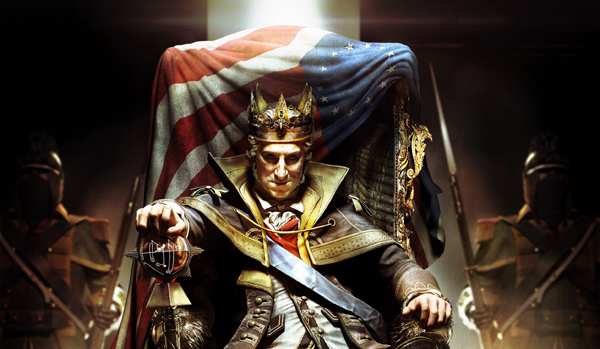 As you might have noticed, this is a single player campaign DLC. It will be available via the $30 season pass. No news on whether or not it can be purchased separately, but we’re guessing that will be possible, sooner or later.

“History is our playground – and AC teams have always loved playing with historical facts and their consequences as a way to better understand a time period,” said Sebastien Puel, Executive Producer at Ubisoft. “While Assassin’s Creed III concentrates on history as it happens, we wanted to take some liberties with this DLC and tell you how things ‘could have happened.’”

Sounds interesting. Does this tempt you to buy the Season Pass? Tell us in your comments.

Assassin’s Creed III releases on October 30 for the Xbox 360 and PS3, with a later release planned for the PC and the Wii U. Stay tuned for more info.