'The most important thing is first hand experience.' 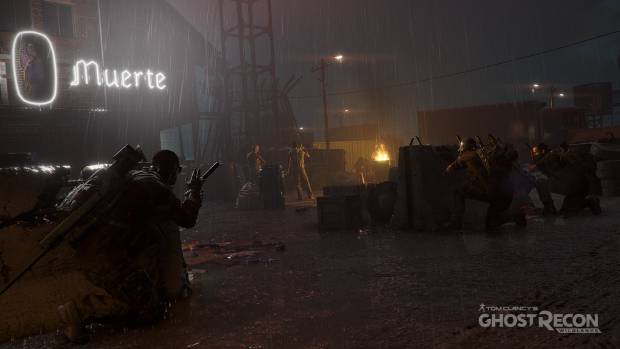 Most Ubisoft games are open world- ever since the success of the Assassin’s Creed franchise, the company has striven to create open world franchises. Far Cry, Watch Dogs, the upcoming The Division, even Ghost Recon: Wildlands– all open world.

“When you create a world, I think it’s actually a trap to only read books,” he said, adding that “the most important thing” to keep in mind when one is attempting to create an immersive world is “first-hand experience”. “It needs to start with our own immersion. How do we do this? We go smell the grass. We have to get out from behind our computers.”

So, for example, when creating Far Cry 4, the team actually did go to Nepal, to get a feel for the place, before creating what Francois dubs ‘a Disneyland version’ for the game. A similar approach was also adopted for The Division. A lot of intangibles- such as the subtle cultural intricacies that add flavor to real world places, or the finer nuances of proportion and spacing, can only be gotten by actually going on site- this is something that Ubisoft always keep in mind, Francois said.

And so, for Wildlands, the team was sent to Bolivia, where they “an elite unit in the Bolivian army.” This training session lasted a full week in the jungle; during it, “they burned cocaine labs” and they got a better understanding of the terrain, military tactics, and the importance of the cocoa leaf in the country.

So yeah- it may seem like Ubisoft’s games come off an assembly line, but they really don’t; the company does care about its work, and does its best to make it as authentic and immersive as possible.