Cliff Bleszinski, the man behind Gears of War, recently left Epic Games and has been looking to join other development teams. He even offered Capcom the chance to “fix Resident Evil together.”

But now it looks like Ubisoft might be interesting in acquiring the services of the outspoken developer.

Cliffy B revealed on his Twitter account that he got a package at the hotel he was staying at that just contained a phone with one number keyed in and a Ubisoft logo as the background.

He said: “Hotel called my room. A package for me? Inside? A fully charged phone with one # programmed and the Ubisoft logo on the backdrop. Now what?”

Here’s an image of the phone: 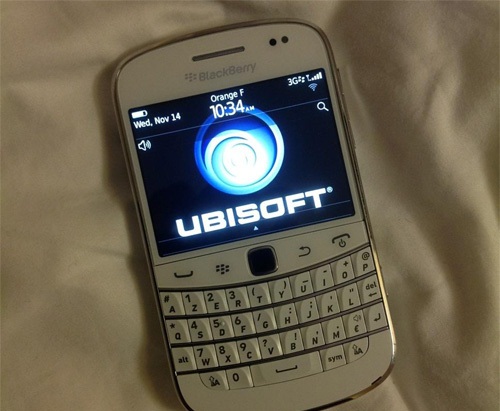 It’s certainly an exciting prospect, isn’t it? Cliff Bleszinski working at Ubisoft could result in some pretty good ideas.

Allegedly, nearly all maps from 2009's Modern Warfare 2 will be included, in addition to other classic maps fr...

The Digital Deluxe Editions kicks the price up to $79.99, while Limited Run Games' Collector's Edition will co...

Teased at TGS 2022, the new title's main character (seemingly played by Elle Fanning) could be revealed at The...