Far Cry and Watch Dogs will get animated adaptations, with more in development.

Ubisoft is one of the biggest video game companies in the world. They produce some of the top and most consistently high selling video games out there. It’s no surprise, then, that they want to capitalize on that in other mediums, something they announced some rather ambitious plans about today.

As announced via press release, Ubisoft will pursue animated TV series of several key franchises. Apparently, this comes after major success in France of an animated adaptation of the Rabbids. Interestingly, the adaptations revealed so far probably aren’t what you would expect. One is a cartoon based on Watch Dogs, but is aimed at pre-teens that will see a young protagonist tackle cyber mysteries. Far Cry also is getting a show, one that’s aimed at mature audiences, but it’s actually based on the more comical Blood Dragon spin off. You can see concept art for both.

More shows are also said to be in development, though those two were the only specifics given, along with an original show called Hungry Sharks. Whether or not these will be produced for a worldwide audience or stay in the European region isn’t clear, but I can’t lie, I want to see Captain Laserhawk: A Blood Dragon Vibe in English. 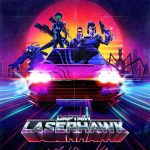 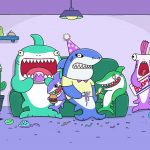 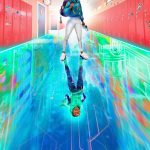