Ubisoft survey hints at Assassin’s Creed 4, might come out next year 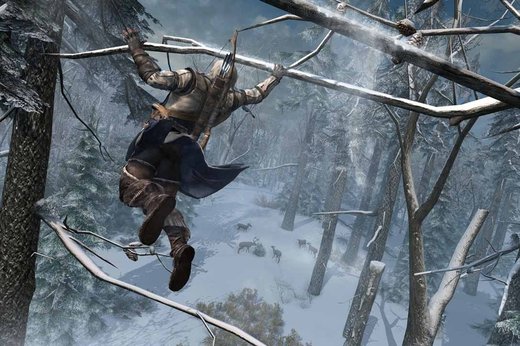 Ubisoft’s sent out a new survey after the release of Assassin’s Creed 3, asking people for feedback on the game’s featured, but several questions also hint at the possibility of a sequel (which, let’s face it, is inevitable) and what fans would like to see in it.

One of the questions asks if the next AssCreed title should have drop-in co-op, or “the possibility for a friend to join the game in order to help” with the solo missions. 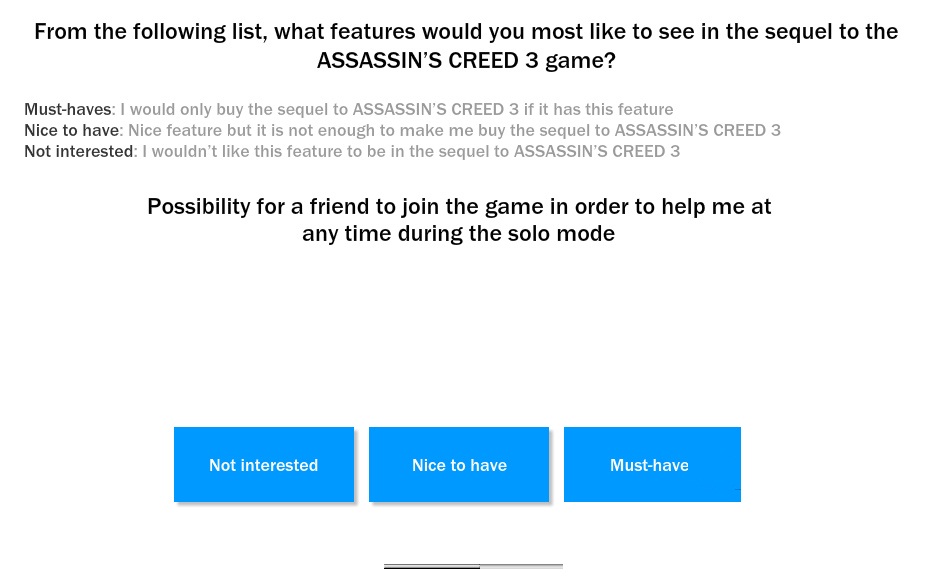 And then the survey hints at the possibility of Assassin’s Creed 4- or whatever a sequel will be called- releasing as early as next year, and asks if fans would buy a game if it came out in 2013. 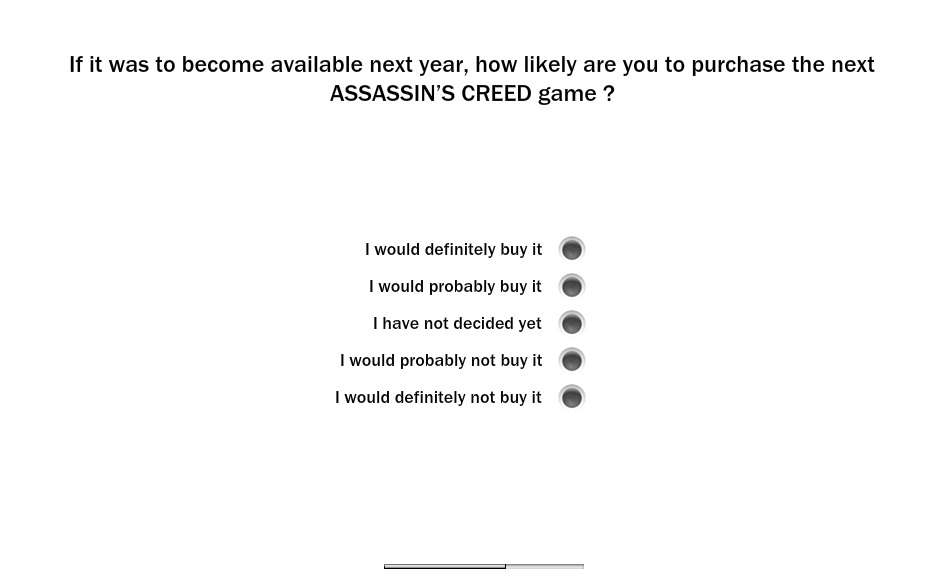 The survery asks several other questions- whether or not fans want to see more of Desmond, or Connor, and several other stuff. We all knew that AC isn’t going to end with AC3, but having a sequel as early as next year seems a little hasty by Ubisoft.