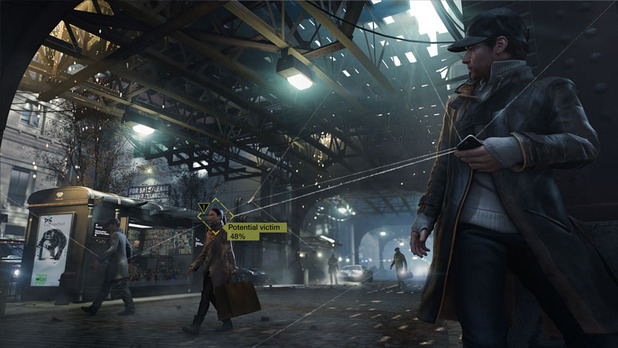 Ubisoft’s upcoming Watch Dogs has a lot of hype and anticipation around it, and Ubisoft isn’t leaving any stone unturned in trying to drum up even more hype for it. On the UbiBlog, they decided to promote the multiplayer in the upcoming game, and elaborate how it would work in context of the new Disrupt Engine the game would be constructed on.

They say that the new engine allows for incredible experiences, which can be understood if they are broken down into three components- connectivity, dynamism, and impact on the city.

In terms of connectivity,Watch Dogs lets you go from online (and fully connected with other players within the city) to offline and completely disconnected, without any impact on the gameplay or the city at all. There’s no matchmaking menus, no loading screens, nothing. Moreover, you won’t just see another player walking around in your city- that would break the immersion the game builds (assuming that the other player is just goofing around). The only time you can interact with the other player is when he has a contract on you (or the other way around).

Dynamism and impact on city have more to do with how the game itself is constructed. So, for example, there are realistic simulations of rainfall, people walking, driving, and crashes. If there is a crash, you will see traffic jams, and emergency response teams rushing to the scene. Similarly, in terms of impact on city, after you gain enough notoriety, you develop a reputation in the city and people begin to respond to you accordingly. It’s not a good/evil morality meter, but it’s a meter that will determine how people will respond to you, based on how you play. A bit like Fable in that regard, actually.