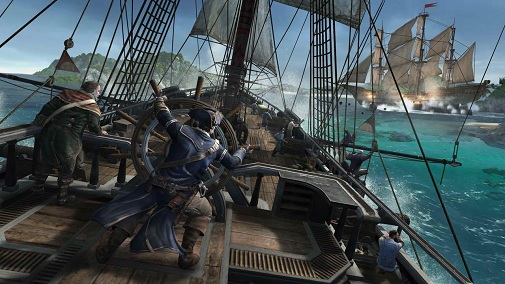 It was first shown at the Sony conference at E3, and many people were impressed by it. They could have spawned a whole new game from that, but Ubisoft Montreal decided against it because it was too risky at that time.

“When we looked into it we realised too that no one had done third-person action-adventure sailing, you know in this period. So we’re like, great, it’s brand new; it’s probably too risky to do as it’s own game,” he told AusGamers.

“Although now I think it’s been successful enough that we probably underestimated it. But it felt like an appropriate and exciting risk to take. When we looked at the history of this period of America we realised that sailing ships were so important. It’s how you arrived there if you were foreign, it’s how all imported goods arrived there.

It’s not going to be a gimmick like those tower defense games in Assassin’s Creed: Revelations, however, because Ubisoft wants to raise the bar with this game, and from what I’ve seen so far they’re on track to do so.