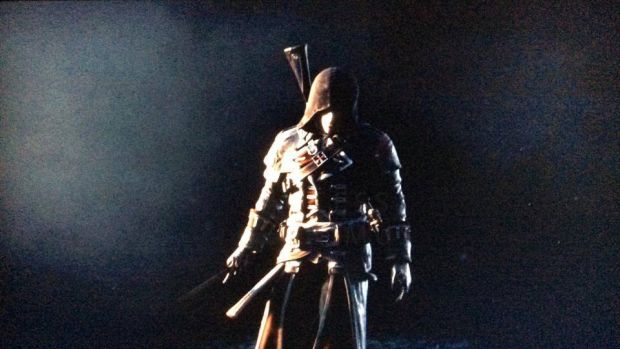 You know how I used to like Assassin’s Creed a lot? It’s becoming really hard to do it anymore. An annual series is still fine, but this year, Ubisoft have gone overboard, with four Assassin’s Creed releases so far (Unity, Rogue, and two separate mobile titles); then, a little while ago, they went ahead and announced another one, a sidescrolling spin off of the main series titled Assassin’s Creed Chronicles: China, developed by UK studio Climax Studios and features Chinese Assassin Shao Jun.

If you thought that was too much Assassin’s Creed, Ubisoft isn’t even done yet. It has more ‘Chronicles’ side scrolling games planned.

“We really liked the side-scrolling idea, like Mark of the Ninja, and we thought it would be a really great way to explore some of the other universes we’ve created,” Assassin’s Creed Unity creative director Alex Amancio told Eurogamer.

“One thing that’s really cool is that every one of the chapters of this game will be in the art style representative of that era in time. This is why Shao Jun’s game is like Chinese ink – very black and red.

“Once we have other characters and timeframes the art style will completely change to match that specific character.”

I guess I appreciate it in that this will allow them to explore settings they otherwise wouldn’t in the main series (China, Feudal Japan, ancient Egypt, and so on), but still. Ubisoft- stop.