Ultra Age leans hard into the basics of its genre while including just enough of its own ideas to make it all work.

At first glance, Ultra Age might not make the most compelling impression. It’s a straight up hack ‘n slash game with a small budget look among a flurry of other straight up hack ‘n slash games with small budgets, so you couldn’t be blamed for overlooking it due to its apparent lack of any obvious major hooks that might upgrade its curb appeal. Even when you get into it and get your arms around its small handful of very familiar mechanics and systems, it still probably won’t be knocking anybody’s socks off with its concepts. On the other hand, while it never seems particularly interested in expanding upon the fundamentals of its genre, it does reap many rewards from an intense focus on – and execution of – those essential elements.

Like I said, Ultra Age’s first impression isn’t great and it just happens to look exactly like a launch Xbox 360 title in most ways. Whether this was a conscious decision to make sure it runs well on the Switch or if it was merely due to budget constraints, regardless, it’s hard to ignore at first. Character models are fairly flat, lighting and coloring often seems to lack depth and modern sheen, and many areas and enemies end up looking more similar than I would have liked. The entire game seems a bit desaturated as well and, while that may very well be a deliberate stylistic choice, it also made my eyes glaze over at times. All of that said, other than introducing a bit of monotony every so often, the lackluster visuals ultimately do very little to fundamentally harm the overall experience. It’s not a game that needs to rely on AAA graphics the way so many AAA games do. The bread and butter of Ultra Age lives beneath the skin anyway. But to its credit there are some nice effects and cool animations here and there; mostly reserved for the big finishing moves and boss battles. It also helps that the game runs extremely well on PS5 and PS4 pro. No real stuttering or tearing to report. At the end of the day, I’ll take a well-optimized action game over any degree of the opposite.

The gameplay ends up more than benefitting from Ultra Age’s back-to-basics approach. Age is fast and responsive to control and will immediately feel familiar to veterans of the hack ‘n slash genre. He also has several weapons that all serve their purposes and we are introduced to them pretty quickly. The katana is fast and highly preferable when you need to sneak a few quick strikes in short windows of time while doing a good amount of damage on organic enemies, the claymore does considerable damage to most enemies with slow, massive blows, the lightning sword disables shields while also stunning enemies after a few successful slashes, and the basic sword is your well-rounded weapon that can get you through most situations if need be. Each weapon has a similar move set that has you stringing light attacks together and punctuating them with a heavy attack at a moment of your choosing that creates a different ending to the combo depending on where you do it. 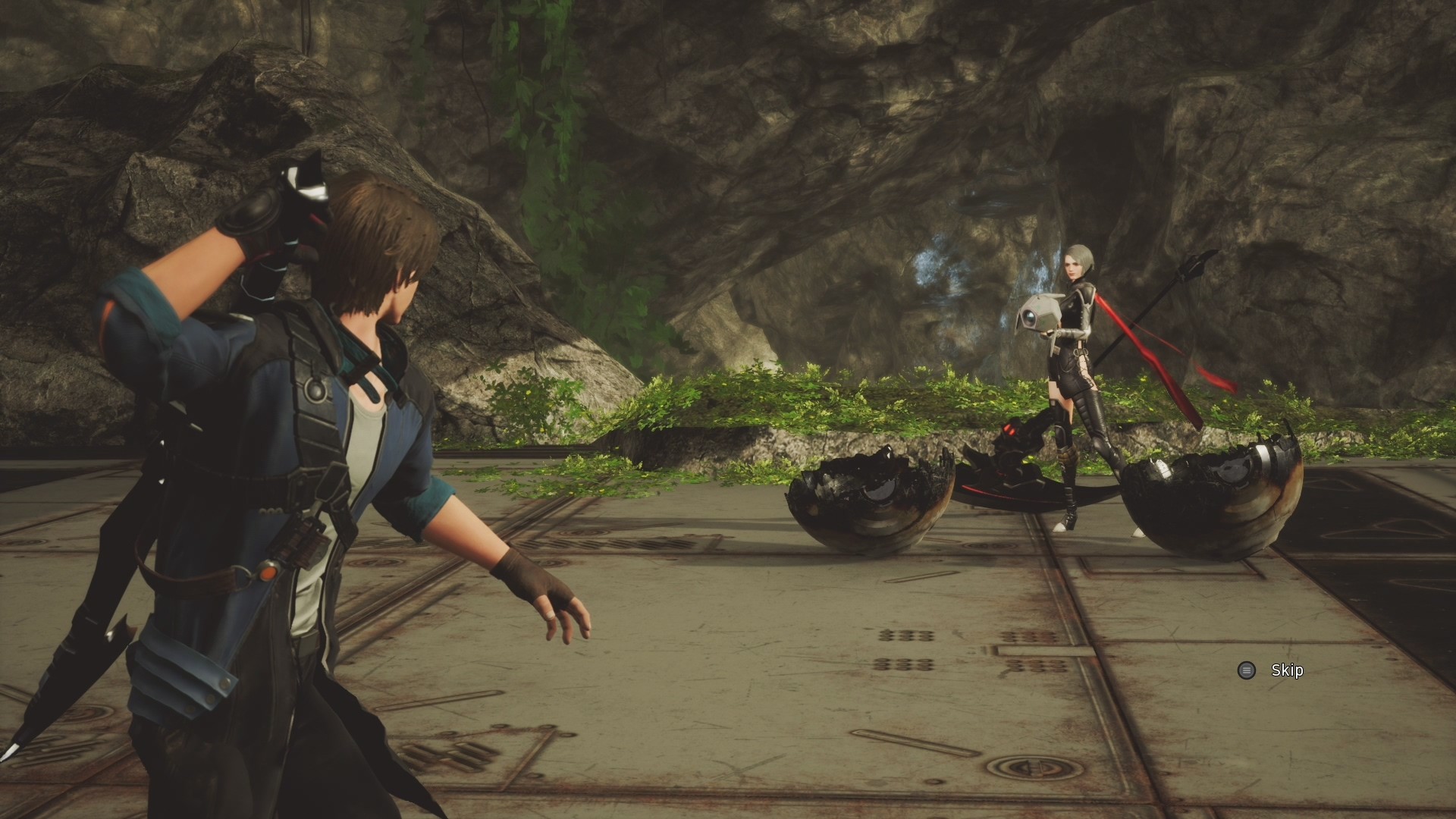 "While Ultra Age never seems particularly interested in expanding upon the fundamentals of its genre, it does reap many rewards from an intense focus on – and execution of – those essential elements."

Each of Age’s swords also have a lifespan to them of sorts that requires you to always be on the lookout for corresponding energy to keep them in use. If you use any one of them too much and run out of energy for that sword, it’ll be out of commission until you find more – which, usually won’t be very long. This incentivizes you to keep switching things up and getting familiar with each weapon. Thankfully they’re all fun to use and well-balanced, so you’ll enjoy switching around between them anyway. Ultra Age also comes complete with a obligatory rage mode that fills up over time and can help you cut down enemies more efficiently, which is fine, but I wish I could turn it off and save what’s left when I was done with it instead of having to use 100% of it each time.

Speaking of enemies, the variety of foes throughout the game definitely leaves a bit to be desired. If you’re not fighting some version of the bi-pedal robots, then you’re probably fighting some version of the animalistic tiger-esque creatures. We do see some variation of these things with coloration, size, and being imbued with different elements, but it doesn’t go as far to break up the repetition as I was hoping for. Still, the effort that is made with these variants is acceptable for the price tag and goes well with playing the game in short bursts. Ultra Age’s combat, overall, has just enough of a twist on the fast-paced multi-weapon melee systems that we’ve seen a million times from similar games that keep it from feeling overly derivative while still smartly benefiting from it’s familiarity. When you couple the game’s ability to walk that tightrope with a time-shifting mechanic that allows you to jump forward in time to when crystals have regenerated, you end up with a surprisingly well-executed hack ‘n slash system that stays fun for most of its short stay. Well played, Ultra Age. Well played.

You might be wondering why I haven’t mentioned the story yet and that’s largely because there isn’t a whole lot to mention, other than the fact that the story is probably the game’s weakest point, yet also it’s least relevant. Ultra Age seems to go out of its way to have an uninteresting story and tell it poorly. Most of the dialogue is comically trite and generally useless to advancing any sort of coherent plot. Age himself has some of the worst voice acting I’ve heard since the early 90’s when voice acting was, itself, still just a novelty. There’s no way around it; if you come into Ultra Age expecting to invest in dynamic characters or a captivating story, you will almost certainly be disappointed. That said, it does sort of have a pulpy “so bad it’s good” quality to it that some might find enjoyable in its own way.

"Ultra Age seems to go out of its way to have an uninteresting story and tell it poorly."

The music and sound effects in Ultra Age are somewhere between the quality of its gameplay and its story; Not bad, but not great. The music mostly stays in the background and generally supports the game’s action-heavy moments while also sliding some basic but appropriate subtle tracks underneath the game’s calmer sections between battles. It’s not a soundtrack you’re going to want to add to your collection but it does get the job done. Sound effects are also equally serviceable with appropriately unique slashes, slices and booms assigned to each of Age’s weapons, but can sometimes feel a bit lacking in the “oomph” department.

While other games are trying to get ahead in the rat race of being the most innovative or unique action game of their time, Ultra Age hangs back and delivers a refreshingly stripped-down experience that delivers the goods in their purest form. It pays a price for its dated graphics and inconsequential story, but ultimately makes good on its promise of satisfying, engaging combat that fills out its short runtime. Ultra Age successfully pays homage to the handful of game’s it’s so clearly inspired by while redefining just enough of their rules to feel like its own thing. It might not win any awards for this approach but it does confirm that the age-old hack ‘n slash fundamentals from over a decade ago can still be fun. They just need to be done right.

Final Verdict:
GOOD
Ultra Age bets it all on its own style of conventional combat and mostly succeeds as a result.
A copy of this game was provided by Developer/Publisher/Distributor/PR Agency for review purposes. Click here to know more about our Reviews Policy.