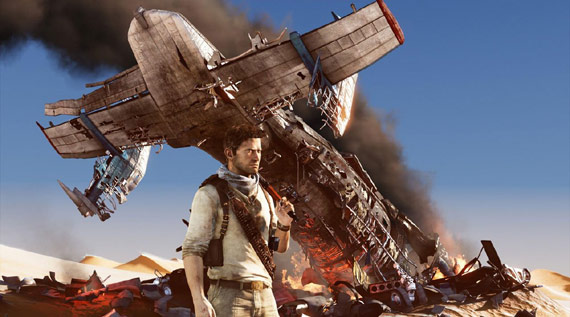 Sony’s confirmed that Uncharted series, comprising of all but two games, Uncharted 1 and Uncharted 2 have sold more than 8 million units worldwide. Here’s what they have to say:

Our dedication to creating the best interactive cinematic experience can be seen in our last two games – UNCHARTED: Drake’s Fortune and UNCHARTED 2: Among Thieves. We’re especially honored and humbled that both titles have been so successful, selling nearly 8 million units combined and earning more industry awards and accolades than we can keep track of. We’ve set the bar very high for us to outdo the past successes of our previous UNCHARTED games.

This is amazing news for PS3 and its exclusives, it shows that great quality games can achieve great commercial success aswell.

Uncharted 3 was announced yesterday and will get its first trailer at the VGA 2010 awards this Saturday.

Expect it to break all sales records set by the  franchise so far when it releases in fall 2011.