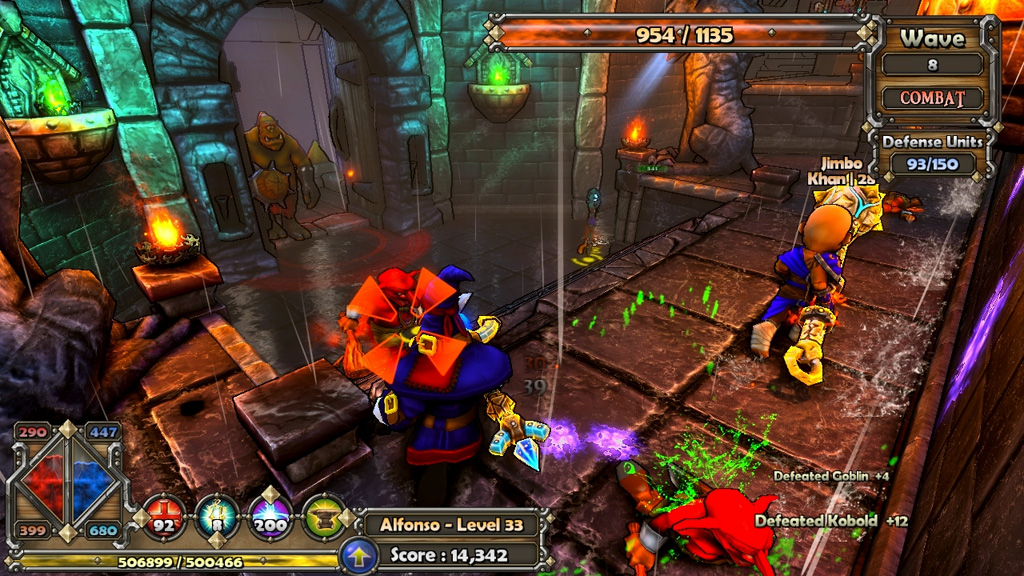 The film is an April Fools joke, but the game is for real.

Dungeon Defenders is a game coming to Xbox Live Arcade, the Playstation Network NPG(PSP2) and PC. There is a version of the game called ‘First Wave’ that’s out for the iPad as well as the Android but this arcade game simply entitled ‘Dungeon Defenders’ is not even out yet and Reverb has confirmed that it will have its own film adaption call ‘The Sixth Defense’ staring Bruce Willis until you read the fine print of the press release. Dungeon Defenders is a tower defense, online action-RPG all in one that lets players choose one of four distinctive hero classes. In the game you will be able to upgrade stats, gather loot, customize and upgrade equipment as well as develop unique class abilities. The best part about it is that it is 4 player co-op, online and offline coming out sometime this year. Since the supposed movie adaptation ‘The Sixth Defense’ is premiering Summer 2011, the game should not be too far away from release on consoles and PC. Check out the site for more here and the facebook page here. Full press release below. 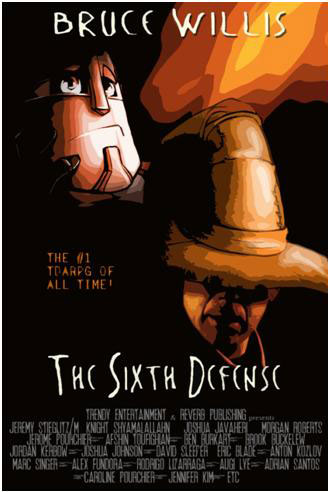 Twain Harte, California – April 1, 2011 – M. Night Shyamalan, the auteur behind such high-brow classics as Lady In The Water, The Village and The Last Airbender, announced today that he has cast legendary Hollywood front-man and action stud Bruce Willis as the lead role in the director’s upcoming opus, The Sixth Defense, which will be based upon the soon-to-launch XBLA, PSN, and PC title Dungeon Defenders. The highly-coveted role was the talk of Tinsel Town today, including tweets from industry titans like George Clooney, Tom Hanks and Paul Reubens all expressing interest in working on the project.

The casting of Willis follows on the heels of news that Shyamalan will not be working with William Hurt on this next project, confirming that Hurt will not make an appearance in The Sixth Defense.

“I’m digging deep with this project, trying to bridge the gap between Plato and Spielberg. I think I’ve found my lynchpin in Willis,” quipped Shyamalan on the Dungeon Defenders set. “It one of the best movies not starring William Hurt this year!”

The upcoming Dungeon Defenders game is an original hybrid of two hot genres: tower defense and cooperative online action-RPG! The game puts players in the role of one of four distinctive hero classes, tasked with fending off hordes of invading beasties by strategically summoning a variety of defenses & traps throughout their castle. But as much more than just a strategy game, players directly participate in the action-packed combat with their hero characters, while upgrading their statistics, gathering tons of loot and inventory items, customizing & upgrading equipment, and developing unique class abilities. All of this can be enjoyed in seamless online and split-screen local multiplayer, as players cooperate and compete through the story campaign and challenge missions to build the strongest heroes and achieve the highest scores in the kingdom.

The Sixth Defense is premiering Summer 2011, but an exact release date is subject to change. For more information, please visit www.dungeondefenders.com and www.facebook.com/DungeonDefenders.

M. Night Shyamalan and the creators of Dungeon Defenders, and the creator of this release, make no claim about anything or anyone real, living or deceased. Any correlation between the fiction enclosed herein and any real life persons or things is a totally awesome coincidence.