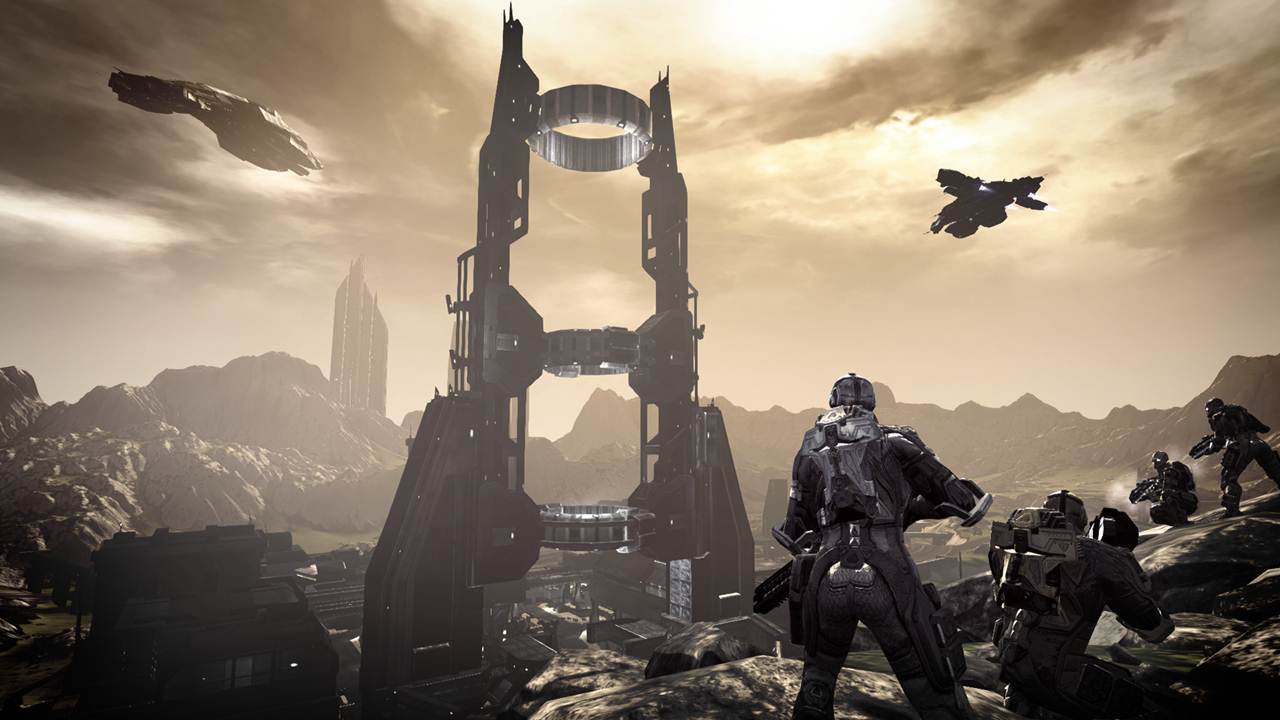 To celebrate the 10th Anniversary of EVE: Online, developer CCP gamers will be rolling out the Uprising Build, the biggest update yet, for Dust 514 beta on May 6th.

Dust 514 is a free-to-play multiplayer shooter for the PS3, which is set in the EVE online universe. It recently entered into open beta on January 22nd. The game is directly integrated with EVE Online, where player actions in one game will affect the political and economic status of the other. For example, if a player in Eve Online is in position within 100km of a district satellite above a planet with a ship, then he can provide an orbital bombardment to the battle raging below in Dust 514.

Hilmar Veigar Pétursson, CEO of CCP took the time to comment on the occasion.

“We reached a momentous milestone in January when DUST 514 and EVE Online became one and formed the largest single-shard MMO universe in the world,” said .

“Now our teams will continue to lay down more tracks between EVE Online and DUST 514 which will then be galvanized by our players every step of the way, inspiring us to go ever further. Uprising brings new features to drive meaningful human interaction, beautiful new visuals to astound, and increased ease of use, an important step in the journey.”

The Uprising Build incorporates a swathe of new features which you can read below.

The developer has also released a trailer that details the Uprising Build. Have a look.