Valiant Hearts: The Great War Interview – The Horrors of War

Simon Chocquet-Bottani gives us the lay down on Valiant Hearts: The Great War.

Valiant Hearts: The Great War is a puzzle game developed by Ubisoft Montpellier and published by Ubisoft. The game takes place during the Great War and the player takes the role of four different characters as the player helps a German soldier find his love. In short, the story is all about friendship and survival.

GamingBolt spoke to Simon Chocquet-Bottani, game designer of Valiant Hearts: The Great War to know more about this title. Check out his response below.

Rashid Sayed: The one thing that Valiant Hearts proves is that you don’t need photo-realistic graphics to convey emotions. How did you approach this while designing the game?

Simon Chocquet-Bottani: We wanted to offer something different, another way to treat a very serious subject but in a more accessible way. The comic book aspect allows us to have a more light-hearted and tragicomic art style that shows colorful moments but also the horrors of war. We wanted to emphasize this by beginning the game with a quite colorful palette, but the more you progress in the game and into the war, the more things get darker and heavier emotionally. What we really were aiming for was to convey emotions. 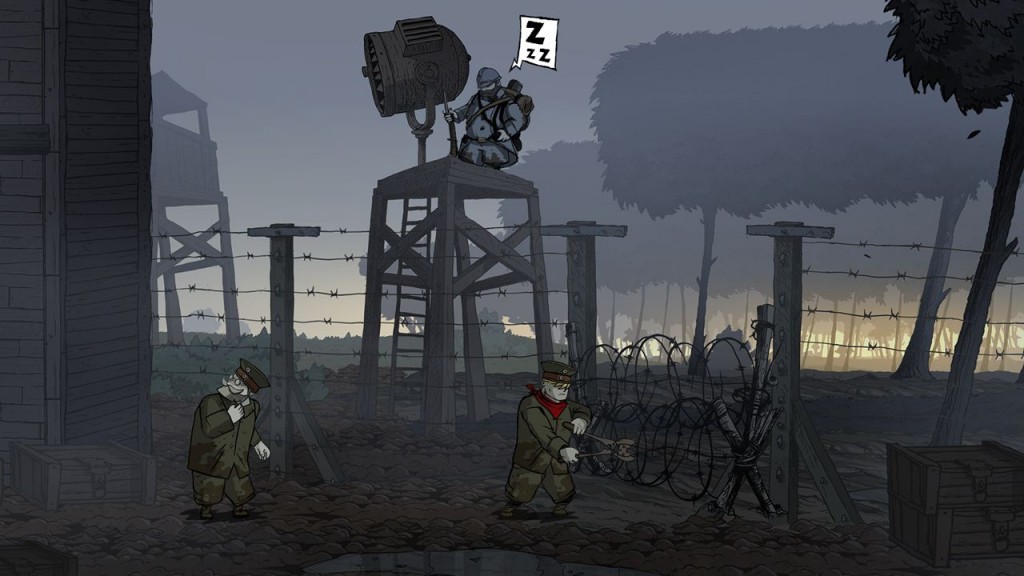 "I would not describe the game as a platformer, our characters can’t jump for example. It’s more of a puzzle-adventure and story-driven game. We didn’t want the gameplay to take over the story so we tried to strike the right balance. "

Rashid Sayed: The game in the story follows the narrative of four different heroes. The plot is said to be one of broken hearts and entwining destinies that are fated to cross paths on the broken and twisted battlefield ends of World War One. What was the inspiration behind going down this route?

Simon Chocquet-Bottani: It wasn’t directly inspired by any video game. It really came from wanting to tell the story of normal people experiencing the war. We agreed early on that telling the personal story of only one character might be too restrictive. For example, one of our initial startingpoints was to tell the story from different points of view.

Rashid Sayed: Can you tell us how gameplay will work when controlling four different characters? Are you guys going to take an approach similar to Trine?

Simon Chocquet-Bottani: We designed the game to be like a TV series. You’re the player but you’re not controlling their destinies, your living them, following them until they reach their final objective. So you will not be able to switch freely between characters, you will alternate playing them and slowly reveal their crossed destinies.

Rashid Sayed: Designing a 2D Platformer with engaging and emotional elements is a tough undertaking. How are you guys making sure that the game will connect to the player?

Simon Chocquet-Bottani: I would not describe the game as a platformer, our characters can’t jump for example. It’s more of a puzzle-adventure and story-driven game. We didn’t want the gameplay to take over the story so we tried to strike the right balance. We wanted to keep the player active and to give him this feeling of being part of the story, but we didn’t want to make the gameplay too complex in order to allow playersto focus on other things, such as each level’s environment, the historical facts, the unfolding of the story, etc. This balance was tough to achieve and it needed a lot of playtests to see how people were reacting. 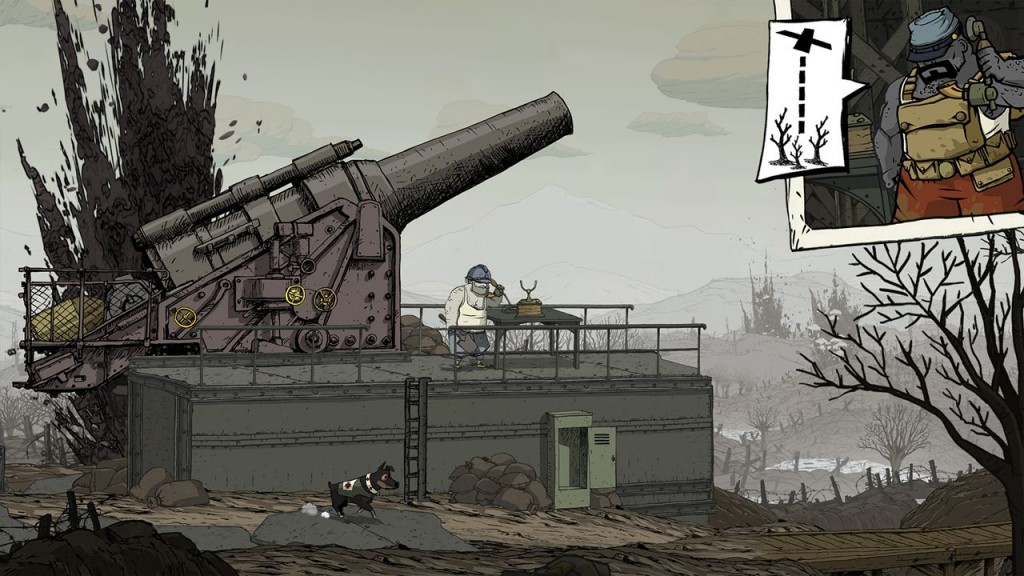 "We really focused on trying to make the game as beautiful as the artwork created by Paul Tumelaire, and the UbiArt Framework is the perfect tool for this. We can run a proper 60fps, 1080p game without lag and have the player experience our interactive graphic novel in the best way possible."

Rashid Sayed: How long will the campaign last? Furthermore are there any plans to include a multiplayer component?

Simon Chocquet-Bottani: The game is around 8 hours long but the completion time varies a lot depending on the player and how he or she approaches the game. There is no plan to include multiplayer. This is a narrative game, an emotional and historical journey that we want the player to experience fully and the best way to do that is via a solo gameplay.

Rashid Sayed: Can you tell us whether the game will have a skill set specific to each character? If yes, can you describe them?

Simon Chocquet-Bottani: Each character has his/her own skills that emphasize his or herpersonality. Emile can dig, which suits the fact that he is not an aggressive soldier and he will always prefer to avoid danger by digging underground to get away from a machine gun rather than trying to confront head-on. Freddie, though, is a very action-oriented guy, and his ability to cut barbed wires allows him to move faster through enemy lines.

Anna is a healer, and her specific type of healing gameplay is meant to emphasize the sense of urgency when trying to save someone’s life. It’s designed as a rhythm game, and we wanted to give players the feeling of reacting quickly to a situation like doctors do. It’s more about the feeling of urgency rather than the gameplay itself. And finally there’s Karl, who is smart and wants nothing more than to back to his wife and son. His ability to change clothes and disguise himself will allow him to overcome his opponent without firing a shot.

Rashid Sayed: Can you confirm the resolution and frame rate of the PS4 and Xbox One versions?

Simon Chocquet-Bottani: I can confirm to you that the game is running 1080p 60fps 🙂

Rashid Sayed: Tell us about UbiArt Framework and the changes that the development team is working on. How will the engine utilize the full potential of the PS4 and Xbox One?

Simon Chocquet-Bottani: We really focused on trying to make the game as beautiful as the artwork created by Paul Tumelaire, and the UbiArt Framework is the perfect tool for this. We can run a proper 60fps, 1080p game without lag and have the player experience our interactive graphic novel in the best way possible.