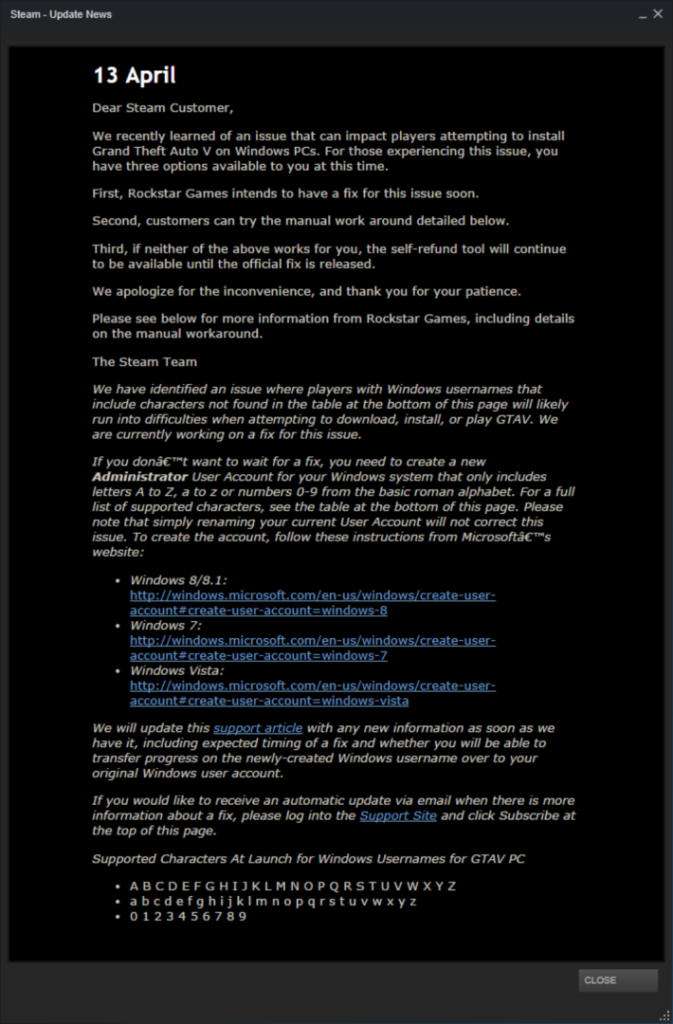 When a title as anticipated as Grand Theft Auto V finally launches on the world’s biggest gaming platform, there will always be problems. On the whole, the PC launch of GTA5 was smooth, but there were a fair few issues. most of these came from the fact that people with special characters in their Windows usernames, who were trying to download and run the game, ran into issues, due to a clash of supported text characters.

Rockstar already acknowledged the bug, and assured users that it was working to patch it out, but in the meanwhile, the usually notoriously-stingy-with-refunds Valve has decided to let the refund option for the game remain open. That’s right, if you have run into this issue, Valve will let you return the game, and get a full refund. If you just want to play the game, Valve has also suggested using a separate Windows account to play it until the fix gets sorted out.

On the whole, it looks like all parties involved are trying to get the issue sorted as soon as possible, so that is good to see for a change.