Velocity 2X Wiki – Everything you need to know about the game

Everything you need to know about Velocity 2X. Serving as a sequel to the two preceding popular Velocity titles, Velocity and Velocity Ultra. The game was developed for the PlayStation 4 and PS Vita and it was released on September 2nd 2014.

The development cycle of Velocity 2X was very understated, with nothing of any particular note actually taking place. The game was designed to feature five separate environments that would feature a total of 50 individual stages further supplemented by twenty five bonus stages.

The game currently sits at 90/100 on Metacritic with an average user score of 7.9. Polygon.com and GameSpot.com scored the game 9/10 across both the PS Vita and PlayStation 4 builds. Our own Alex Jackson scored the game 7/10, saying that the “Story is bad enough that you’ll tune it out”. The story of our protagonist is partly explained to the player by way of a series of flashback stages that help recap the events that have transpired and how Lt. Kai Tana came to be thrown across the galaxy and ultimately tells us how she came to be augmented by her various cybernetics. Lt. Kai Tana must break free from the clutches of the Vokh Empire with the aid of her follow inmate Hjun Ralan III, a Jintindan slave. 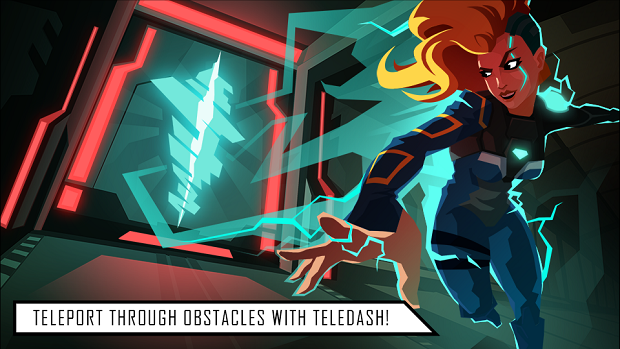 Gameplay is the main aspect of Velocity 2X given its scrolling, fast paced action. Players are quickly reintroduced to the LT’s teleporting jet, the Quarp. Gameplay in the jet primarily takes place on a vertically scrolling plane but with the twist of moving sideways lateraly via the ships integrated teleportation mechanic.

Gameplay on land however, when the player takes control of Kai Tana, the game takes on a decidedly metroid-esque action platformer feel that feels right at home in the games science fiction world. Kai Tana’s abilities to dart around and phase through certain walls introduces a mechanic that allows both combat manoeuvres and evasive dodges. This “Teledash” can also be used to some extent as an attack. Vokh guards come at Kai Tana with shielding that can be depleted by Teledashing through them, thus opening them up to attack.

When the player acquires the telepod, that can be thrown, the telepod takes on a new dimension as a means of movement and combat accessory. 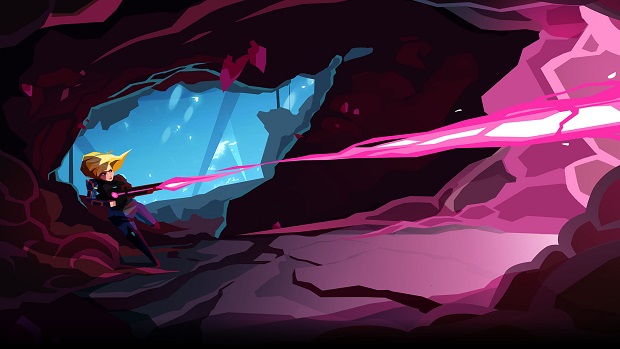 The Quarp – While not exactly a character, the Quarp is its own gameplay entity completely separate the land based portions. The Quarp is Lt Kai Tana’s transportation and fighter jet.

Lt Kai Tana – Kai Tana is the games primary protagonist and is a skilled combatant. She also pilots the teleporting fighter jet, the Quarp.