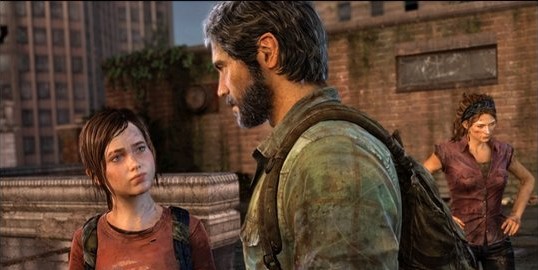 There are always some major announcements that happen at the VGAs, and if you remember The Last of Us was revealed last year at the show, surprising many. This year, however, we will see a new character in the game and she is supposed to be pretty damn amazing.

We know for a fact that The Last of Us and Gears of War: Judgement will be at the show, but there are plenty more planned as well. The show will be hosted by Samuel L Jackson, and you can expect Geoff Keighley to play a major part as well.

Keighley started hyping the new reveals and said, “and of course we’ve got some amazing surprises of announcements of new games that will be coming in the future, far beyond sort of summer of 2013.

“And can’t say a lot about them until the show happens, but I think we have a pretty good reputation for revealing some new games and there are going to be some fantastic titles to reveal.”

The VGAs will be held on December 7th i.e. next Friday. Will Microsoft give a tease of its next-gen console? Will Sony announce some new exclusives? Or maybe, we could see Mass Effect 3 winning GOTY and honored at the show… but that definitely looks unlikely heh? *ducks for cover*.

EA has announced a tentative release window for Dragon Age 3, which is set for sometime next year. So if that ends up being true, we could see a trailer at the show. However, recently there was a rumour about the game being delayed to next-gen.

Thanks, Major Nelson. Via GamingEverything.