A prequel to the forthcoming Hundred Heroes, this action RPG/town-builder is an enjoyable yet fairly basic experience.

Cellar Door Games' eagerly awaited rogue-lite follow-up is even more addictive than the original, and easily it's best yet.

Using real-time physics and problem solving proves to be a winning combination for teardown despite its bag of tricks being a little shallow.

Trek to Yomi Review – Way of the Samurai

Trek to Yomi might not be the most ambitious game from a gameplay perspective, but its gorgeous visuals and presentation make it a game worth experiencing nonetheless.

The Serpent Rogue is a curious roguelike survival game with a few addicting elements on offer under its hazy exterior.

Star Wars: The Force Unleashed (Switch) Review – The Power of the Dark Side

A conservative port of a solid Star Wars game.

Back to the drawing board. 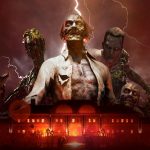 The House of the Dead: Remake Review – Shambling Corpse

The House of the Dead is still enjoyable at its core, but the remake has more than a few rough edges.

Finely-tuned tweaks and meaningful additions make this year’s The Show one of the best outings of the entire series.

LEGO Star Wars: The Skywalker Saga Review – This is Where the Fun Begins

These are the LEGO droids we're looking for.

Nintendo's pink puffball stages a hell of a comeback.

Ikai has some redeeming qualities, but they're far from enough to make up for its many, many deficiencies.

Triangle Strategy is an excellent strategy RPG, impressing just as much with its tactics and combat as it does with its story and choices.

This new flavor of Final Fantasy is mostly created with borrowed ideas, but still implements them well enough to be genuinely fun and addicting most of the time.

GTA 5 looks and runs solid on new consoles- but it's still GTA 5, nine years on from its launch.

Tunic sticks to the rules of the retro-style RPG genre almost too well, but still manages to be one of the best examples of it in many years.

The follow-up to Submerged reaps the rewards of its simplicity while also paying a price for it.

Another great expansion to the epic Destiny 2 world.

Beholder 3 Review – A Culmination Of What Came Before

Beholder 3 is a game that shines in some departments, but falls equally short of the mark in others.

Monark fails to do justice to its several interesting ideas, with grindy combat and its repetitive structure letting the entire experience down. 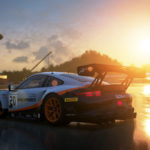 An unabashed, unapologetic simulation racer that doesn’t quite justify it.

Gran Turismo 7 is simply one of the greatest racing games of all time.