Wandersong Interview – A Game of Music and Colours

Last year, musical adventure Wandersong released on the Nintendo Switch and PC. Owing to its vibrant aesthetic, its effective storytelling, and so much more, audiences were captivated by the title- recently, the game launched on the PS4, opening the doors to an even larger install base to experience a truly unique and wonderful title. Excited as we were about the game’s most recent launch, we sent across a few of our questions about Wandersong, about its design philosophies, about the PS4 version, and much more to developer Greg Lobanov. Read the interview below. 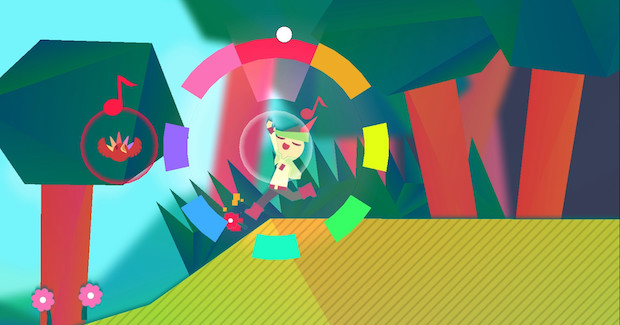 "It means the most to us to hear how the game has helped folks get through a hard time and stayed with them long after playing. It feels like we made something special that helped a lot of folks."

To start off- Wandersong received very good reception from critics and fans alike when it released earlier last year. Congratulations on that, and how pleased were you with what you read and heard?

Very very pleased! It means the most to us to hear how the game has helped folks get through a hard time and stayed with them long after playing. It feels like we made something special that helped a lot of folks.

Wandersong has been praised for its emotional unique aesthetic and the emotional journey it takes the players on- were there any particular games or other media that inspired you during development?

I was really inspired by the storytelling of Steven Universe, Over the Garden Wall, Homestuck, and Undertale. The aesthetic was inspired by Kirby’s Epic Yarn and the webcomic Cucumber Quest, but I added a lot of my own style to it.

The way Wandersong contrasts its bright tone and aesthetic with its conceptual setting is something else that has stood out to players- how important (and difficult) was it to get that balance right?

Very important! I wanted the game to be optimistic and honest, which is a very hard balance–most people see those things as paradoxical. We always rode a thin line between joy and melancholy. The super saturated aesthetic and dark undertones were a huge part of that. 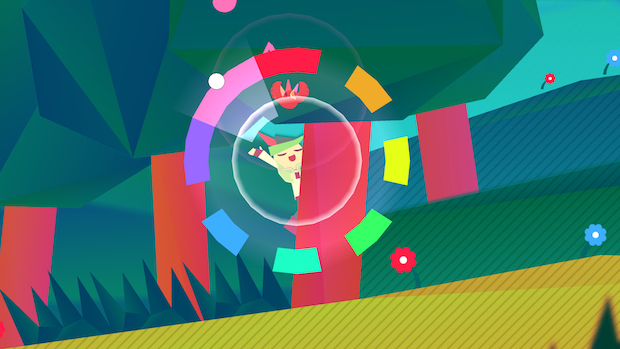 "You play as a walking musical instrument, making up music anywhere and anytime, and exploring a vast world and seeing how things react to your music."

For those of our readers who will be playing Wandersong on the PS4 for the first time, can you give us a brief explanation about what the game is all about?

It’s a musical adventure game! The universe is coming to an end and you’re a bard doing your best to help people by singing. You play as a walking musical instrument, making up music anywhere and anytime, and exploring a vast world and seeing how things react to your music.

Can players expect to see any new features in the PS4 version of Wandersong, or is it more of a direct port?

The biggest new feature is the DualShock, which feels like it was made just for Wandersong. We made it light up in rainbow colors and make singing sounds when you play.

Wandersong is a game about music, and a game with a very vibrant and colourful visual style, and in spite of that, it’s a game that makes concessions to both, deaf and colourblind players, which is a laudable and admirable thing. How hard was it to get that balance right though, and was it something you were adamant on doing?

We were really adamant on this, because we want the game to be accessible and comforting to all kinds of people. To be honest it wasn’t that hard, either–just a philosophy that we approached the design with. We always indicate hints with color, sound, and direction so gamers of any ability can understand what to do. This clarity is great even if you are perfectly capable of seeing color and hearing.

Do you have any plans for launching the game on Xbox One as well?

Nothing to announce at the moment! 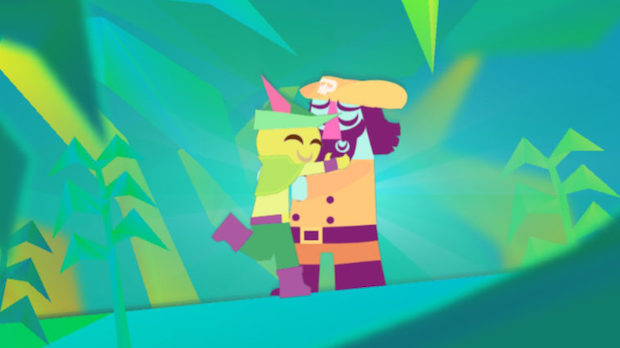 "We want the game to be accessible and comforting to all kinds of people."

Are you taking advantage of the PS4 Pro’s extra power to deliver better visuals or performance? If yes, then in what ways?

We were able to improve the anti-aliasing. But the look of the game is quite defined and simple, so not much has changed besides that, graphically.

What is the resolution and frame rate of the PS4 Pro version?

What about the base PS4?