Wargroove Interview: ‘This Is A Game We’ve Been Dreaming of Playing For A Long Time’

Chucklefish discusses the many aspects of their turn-based tactical game.

Wargroove is the second title coming from the folks at Chucklefish. It is a turn-based tactical video game in which players will take control of one of twelve commanders, each with their own story and personality. The game can even be played with up to 4 other players and one of the most appealing aspects of the game is the way it draws inspiration from beloved classic titles such as Advance Wars. However, it is evident that this game also has a few of its own tricks up its sleeve.

To learn more about the game’s development, Gamingbolt spoke to Chucklefish’s Rodrigo Braz Monteiro who answered the following questions. 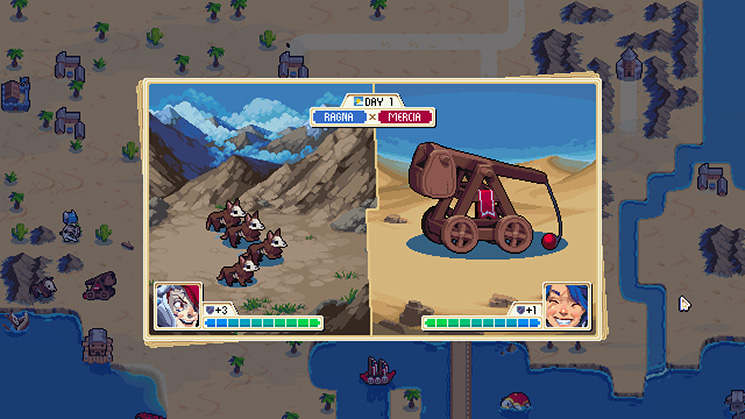 "With Wargroove, we want to give the community the power and tools they need to create their own custom content."

This is just the second game that is being developed by Chucklefish. What were some of the things you learnt from Starbound that helped with the development of Wargroove?

I think the most important lesson was the value of a strong, engaged community. With Wargroove, we want to give the community the power and tools they need to create their own custom content. This comes in the form of the Map & Campaign Editors available on every platform, and the ability to share them with other players. On PC, it also comes in the form of mod support.

Do you think that there is a lack of tactical games such as this one in the market?

While we think that there are a lot of high-quality tactical games on the market, we feel that no game has succeeded in exploring this particular sub-genre in nearly a decade. Wargroove is our own interpretation of that sub-genre, capturing what we loved about it, while making it more modern, and giving it our own twist.

What are some of the mechanics that helps ensure that each commander in the game plays uniquely?

Each commander has a power called a “Groove”, which are powerful enough to completely swing the tide of battle in your favour, if used correctly. Because they are so different, each commander has a particular circumstance in which their Groove is most useful. There are a few other things we’re planning, but we’re not ready to talk about them yet. 🙂

One of the interesting things about the game is the campaign editor. What led you to make a choice which actively involves players in the creative process?

When we developed Starbound, we consciously made it very accessible to modders and learned the value that custom content can bring to forming a community around a game. Since we already needed to create tools to easily produce maps and cutscenes for Wargroove, it made sense to us to package those with the game and allow players to create their own stories and campaigns as well.

What can we expect with the story campaign? Are there going to be significant choices that players can make to affect the outcome?

We’ve made the campaign editor powerful enough that the player can make choices that affect outcomes. For how or if this affects the main story, we’ll leave that for when the game releases. 🙂 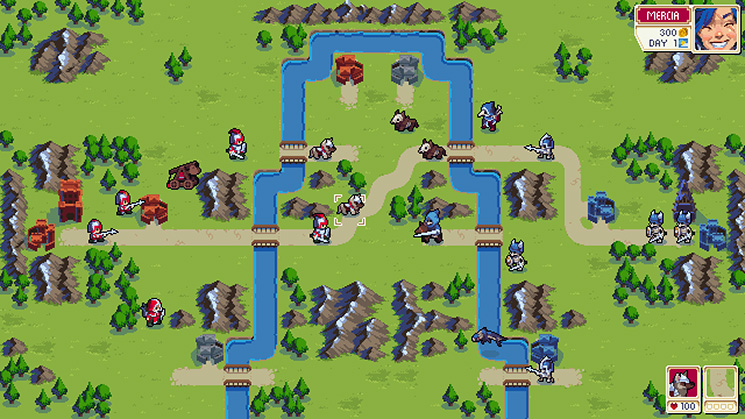 "The scope and investment of AAA games limits how much experimentation they can realistically do, both in terms of expected return on investment, but also production schedule. Smaller projects are free to try more diverse ideas."

With mainstream developers only working in genres that are known to succeed, do you think it falls to indie developers to make games in such diverse genres?

The scope and investment of AAA games limits how much experimentation they can realistically do, both in terms of expected return on investment, but also production schedule. Smaller projects are free to try more diverse ideas. This reflects into the development of the games – Wargroove’s development is very iterative and exploratory.

We’ve heard that each  commander in the game has their own unique personality. How does this tie into the gameplay?

Each commander’s groove is built around their personality, and we’re hoping like those abilities will feel like a natural extension of those characters. There’s lots of fun commander interaction in dialogue as well, and strong, diverse personalities help keep these interactions fun and interesting.

One of the challenges with games such as this is to make them accessible while still being deep and complex. How have tried to balance this with Wargroove?

Indeed, a lot of the challenge of developing the game was to find the right balance between intuitive, challenging, deep, and fun. We really tried not to compromise on those elements, which has led to a lot of iteration for a number of features. It’s always a challenge to display information in the UI clearly and concisely, but allow more advanced players to access detailed information. The game has been designed around a “simple to learn, hard to master” principle, where understanding how to best use the pieces provided is what results in mastery of the game.

The game has seen some delays with its release date. What has led to these delays and what is the current release window being targeted?

We’re currently targeting the second half of 2018. The delays are a matter of ensuring the game provides a satisfying amount of content to players, with the high level of quality that we want to achieve. The game will provide a number of single player and multiplayer game modes, including a main campaign, 12 different arcade mini-campaigns, challenge maps, skirmish maps, as well as a gallery, encyclopedia, and jukebox. 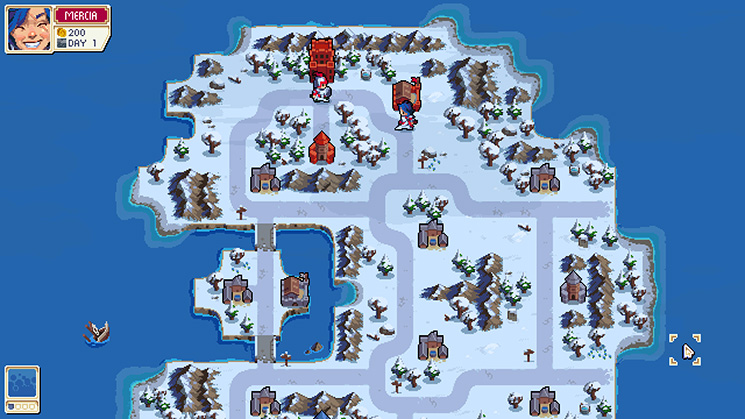 "Community involvement is very important to us. This is a game we’ve been dreaming of playing for a long time and we know that there are a great many people out there that share that vision."

Have there been any challenges faced by the team in getting this game on its feet?

The UI has been an interesting challenge – there’s a lot of information to communicate and a pixel art UI, capable of supporting different resolutions, languages, and feeling native on both gamepad and mouse was a big challenge! So far, though, we’re very happy with what we got!

Can we expect the game to run at  4K resolution at 60 FPS on the Xbox One X and PS4 Pro?

Is there anything more you’d like to tell our readers about Wargroove?

Community involvement is very important to us. This is a game we’ve been dreaming of playing for a long time and we know that there are a great many people out there that share that vision. We’d like to invite those people to come and assist in the development of Wargroove, get involved in our Discord, in our forums, in our streams and tell us what you’d like to see from a game like this.